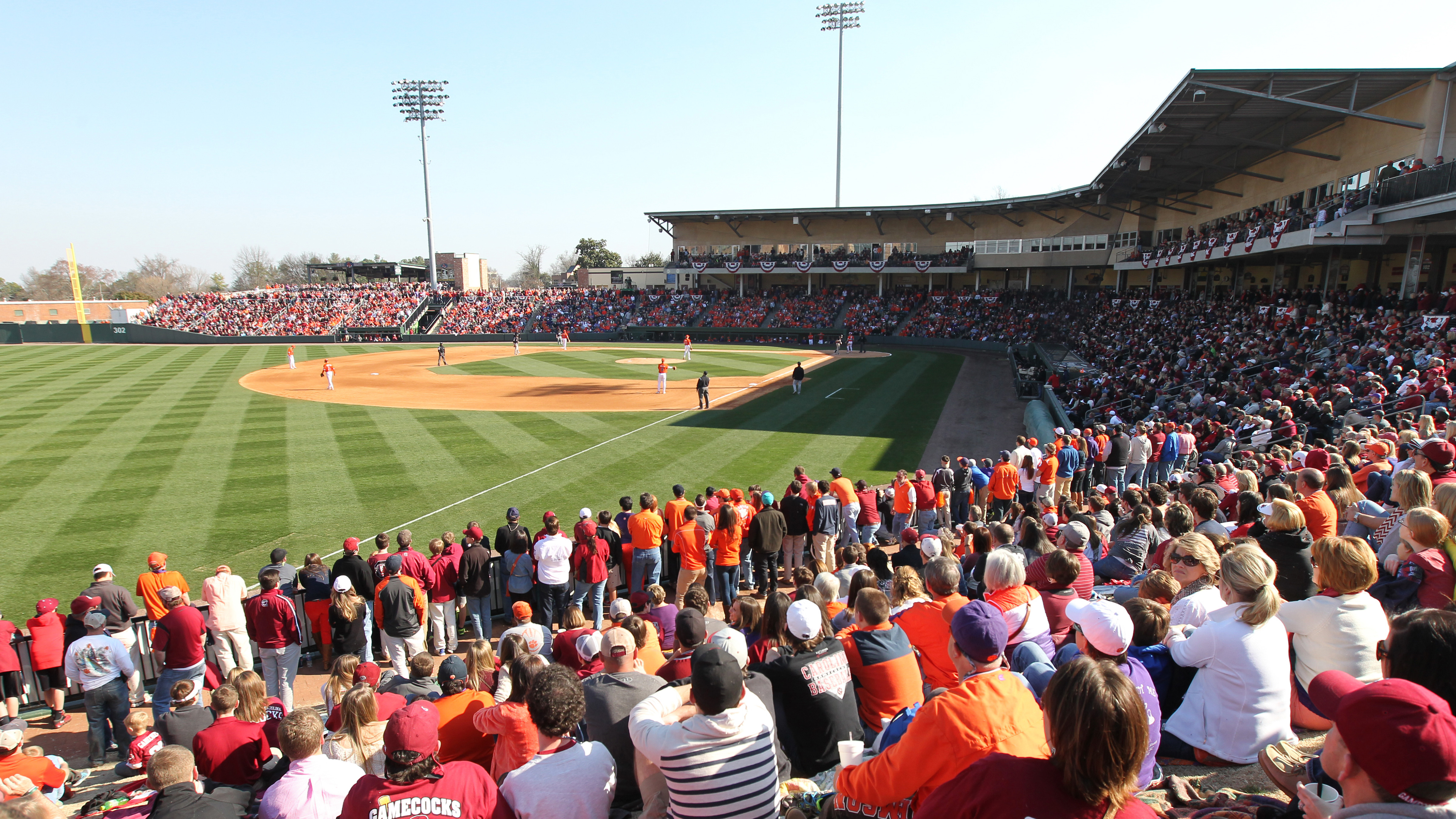 CLEMSON, S.C. – South Carolina and Clemson announced Wednesday the location for their annual neutral-site baseball game for the 2015-18 seasons. Fluor Field, home of the Greenville (S.C.) Drive, will host the neutral-site contest those four seasons.

“We’re excited about the annual neutral-site game returning to Greenville,” said Clemson Head Coach Jack Leggett. “Our players enjoy playing games at Fluor Field and the ballpark has a great environment in the stands for this game with fans from both schools. The staff of the Greenville Drive has been great to work with over the years and we look forward to continuing that relationship.”

“We are delighted for the opportunity to play the South Carolina-Clemson neutral-site game four more years in Greenville at Fluor Field,” said South Carolina Head Coach Chad Holbrook. “It is a tremendous atmosphere for the best college baseball rivalry in the country and we are grateful to the Drive for the commitment and pride they take in hosting the game. The players, coaches and fans enjoy the event and we look forward to a great series.”

The 2015 season marks the sixth year of the three-game format (home-neutral-away). Four of the previous five neutral-site meetings between Clemson and South Carolina took place at Fluor Field. The order and times of the three-game series for 2015 will be released at a later date.

“The Greenville Drive and the Upstate Community are very excited and proud to be able to host this highly anticipated game at Fluor Field over the next four years,” said Drive General Manager Eric Jarinko. “There is no rivalry in college athletics that compares to Clemson versus South Carolina, with their passionate fanbases and extremely talented teams.

“Since its inception five years ago, the ‘Reedy River Rivalry’ has transformed into a sought-after event in Downtown Greenville, with Gamecock and Tiger fans helping set attendance records at Fluor Field. Through the wonderful partnerships that we have with both Universities, we look forward to the next four years at Fluor Field, continuing to be a destination for college baseball’s premier rivalry game.”