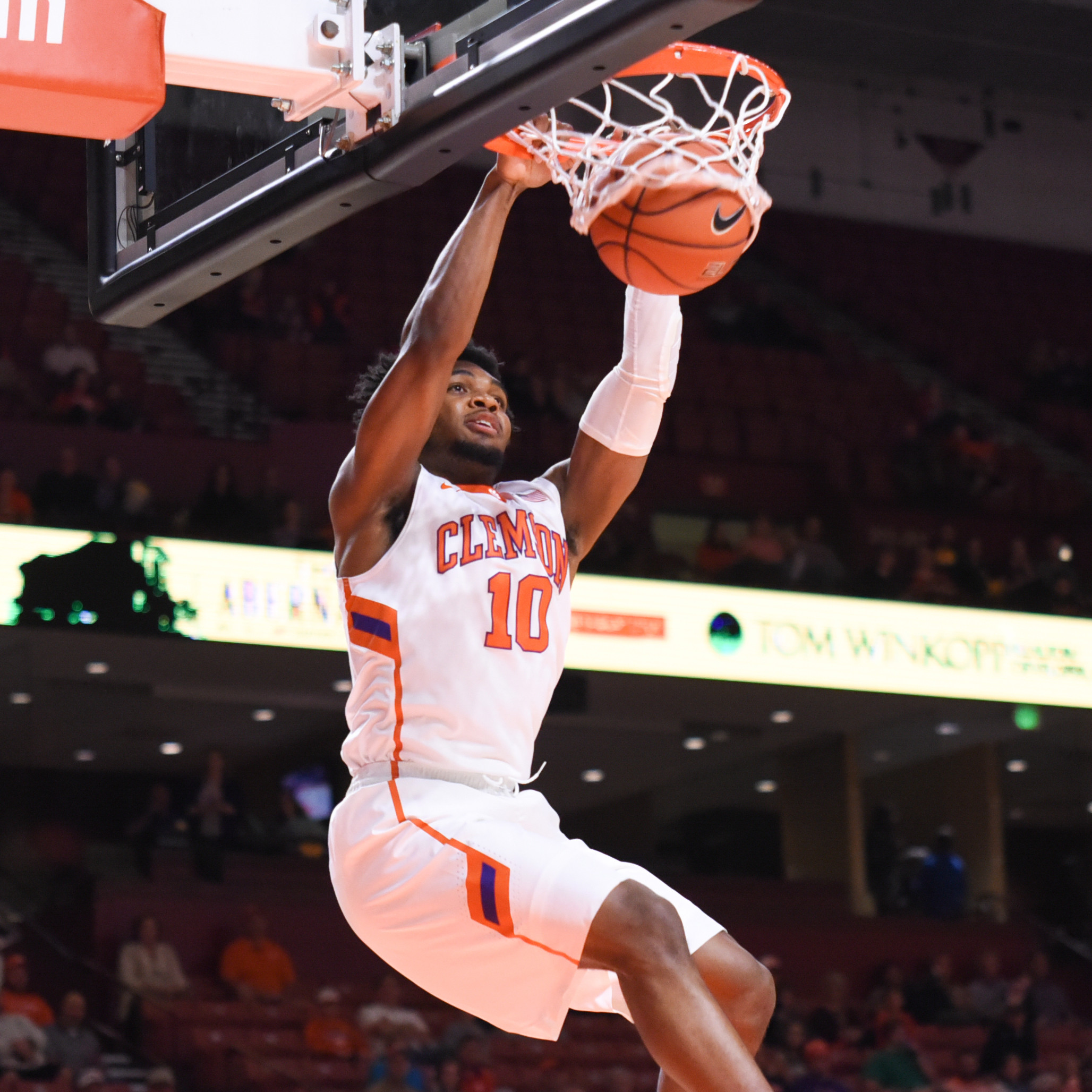 • Clemson and South Carolina renew the rivalry on the hardwood Friday in Bon Secours Wellness Arena; it marks the first time the game has not been played in either Clemson or Columbia since the 1970 ACC Tournament in Charlotte, N.C.

• Friday’s game is the latest in the Certified SC Grown Palmetto Series, where the two schools are knotted at five wins apiece.

• This is the first time the Tigers have faced a ranked South Carolina team since Dec. 17, 1997, when Clemson upset the sixth-ranked Gamecocks at home despite playing without injured point guard Terrell McIntyre.

• Rebounding will play a critical factor in deciding Friday’s game. The Gamecocks are +10.3 per game on the boards, while the Tigers are 7-0 when out-rebounding the opposition this season. Clemson is coming off its biggest advantage of the season, +21 over Presbyterian.

• Senior guard Jordan Roper earned his undergraduate degree Thursday in Bon Secours Wellness Arena, the site of Friday’s game. Roper graduated in three and a half years and will be the first Clemson player to compete with a degree in hand since both Bryan Narcisse and Tanner Smith did it in 2011-12.

• Sidy Djitte, who has started the past two games at center for Clemson, is coming off his second double-double of the season. He posted a career-high 13 rebounds in the win over Presbyterian on Tuesday.