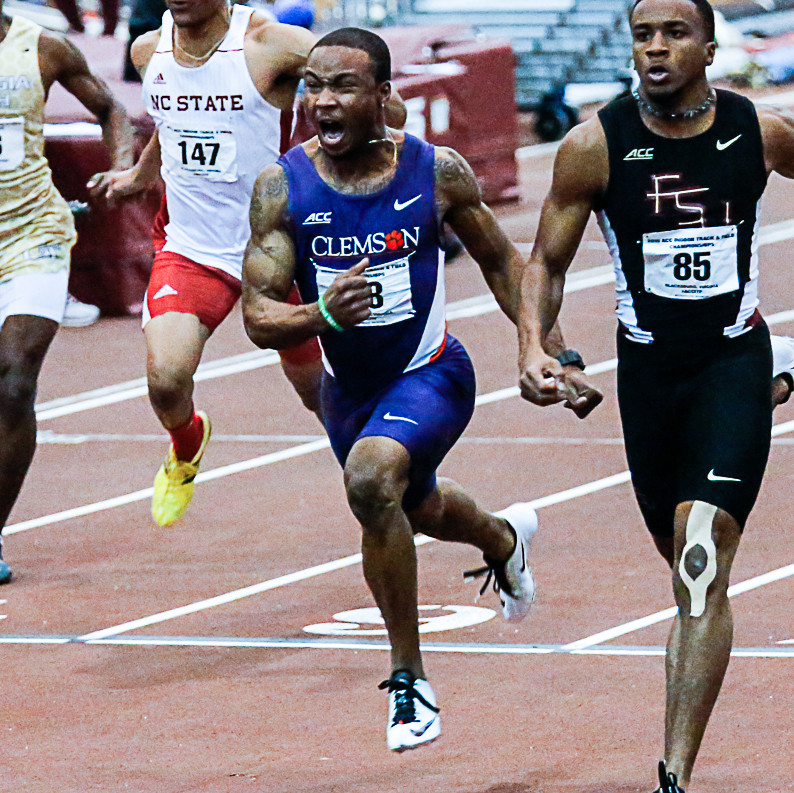 Clemson, S.C. — Tevin Hester blew through the finish line for first in the men’s 100 dash final (10.14), besting his previous personal record and topping the seventh-best time in Clemson record books. His was one of three performances ranking in Clemson’s all-time top 10 on Saturday to close out the Tigers’ time at the Penn Relays.

Both Samantha Elliott (13.18) and Justin Johnson (13.85) took second in the hurdle finals. Elliott’s time topped her previous personal-best and is seventh-best in Clemson history.

The Tigers head to Knoxville next week to compete in the Tennessee Challenge.