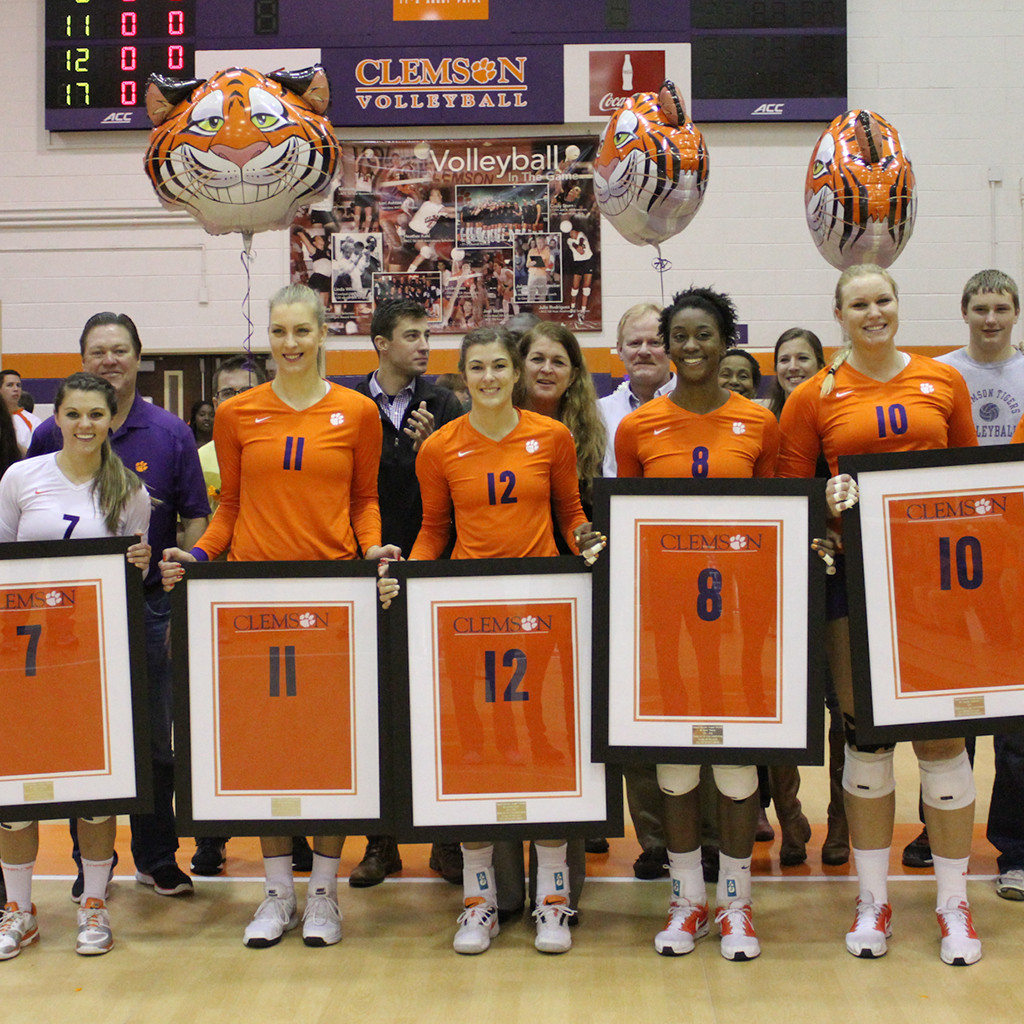 Sunday’s match was the final home contest for the Tigers’ five seniors – Niki Collier, Beta Dumancic, Kristin Faust, Haleigh Hampton and Karis Watson – who led the team statistically on offense and defense. Faust led the team offensively with 11 kills, while Watson, Hampton and Dumancic all hit better than .300 in the match, with six, five and four kills, respectively.

Defensively, Collier led the backcourt with seven digs, while Faust added six. The Tigers posted eight blocks as a team, led by Watson with five, Hampton with four and Dumancic with three.

Despite the fact that the match was tied 18 times in the three sets, the Tigers weren’t able to get into an offensive rhythm, hitting .165 on the match. The Tigers committed 30 unforced errors and despite their eight block total, weren’t able to stop Wake Forest’s offense, which hit .304 for the match.

Clemson travels to Tallahassee to take on #8 Florida State on Wednesday, Nov. 26 at 1 p.m. The Tigers then make their way to Atlanta to take on Georgia Tech on Friday, Nov. 28 at 3 p.m. for the team’s regular season finale.