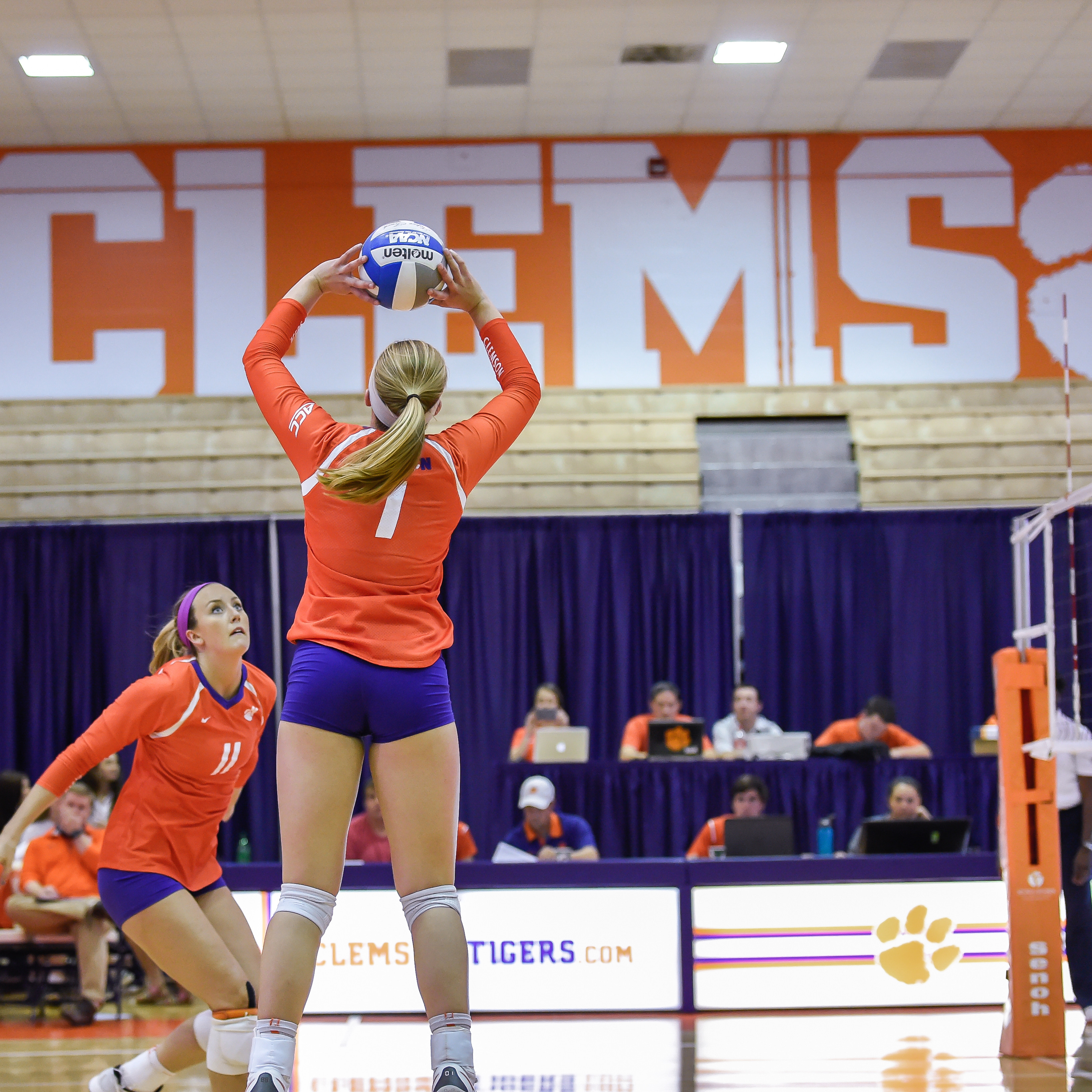 Tigers Fall To The Hokies

BLACKSBURG, Va. – After battles in each of the first two sets (25-19, 25-19), Clemson fell to Virginia Tech in the third (25-17). The match was a back-and-forth contest throughout as there were 16 tie scores and five lead changes.

“I though we served and defended really well in the first two sets,” said head coach Hugh Hernesman. “Keelie (Arneson) was ridiculous in the first set and they just stopped going at her. So we made an adjustment to get her some more opportunities.”

Keelie Arneson led the defense with 24 digs after recording 12 in the first set alone. The total gives her 2,474 in her career, placing her 15th all-time in NCAA history. Sydney Moseley did it all for the Tigers adding seven digs, three service aces and five kills. Kennedy Wilson-Talmadge also added six digs alongside Arneson.

“Taylor (Daniel) came in and handled the situation as well as you can expect for a freshman without a lot of court time. She played a little bit last week and I think that helped her transition but we came in wanting to establish the middle attack and she did a really good job of getting our middles involved and that’s her forte. She sets the middles very well and she defends well. She’s a very good defensive player. She’s engaged defensively, she made a couple of pretty difficult digs that kept rallies going for us.”

“She did a nice job and I think you’ll see her continue to improve as she gets more experience on the court and feels a little more comfortable with what we’re doing.”

Daniel set Megan McGinley to one of her best offensive efforts thus far as she killed seven balls on 17 swings with just two errors for a .294 average. Alex Lynch performed well in the most sets she’s seen in a single match this season, connecting for four kills on eight swings.

“I feel like we got better with some of the things we worked on in practice. We got our middles involved and even after Sofia (Hruby) came out I thought Alex (Lynch came in and did a nice job. Megan (McGinley) personally had one of the better matches of her career so to see her be efficient with more kills than we’ve seen in recent weeks is progress in that area.”

The Tigers are back in action against Pittsburgh on Sunday at 1:00 p.m.