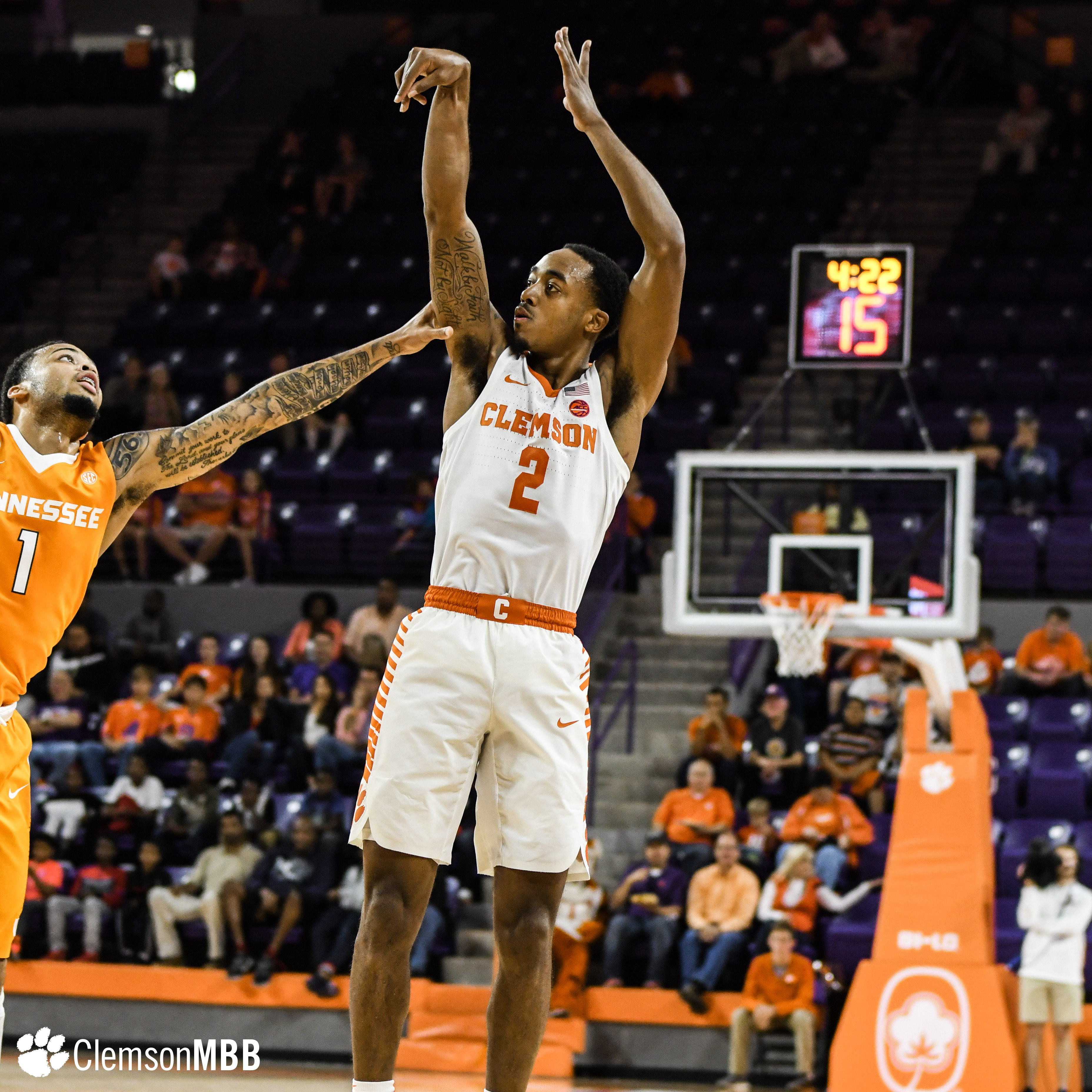 Tigers Fall to Tennessee on Sunday

CLEMSON, S.C. — Both the Clemson and Tennessee basketball programs came together on Sunday, Nov. 5 to benefit the Salvation Army’s hurricane relief efforts in an exhibition contest. The Tigers fell narrowly to the Volunteers 71-67.

The Tigers posted three scores in double-figures, including the game’s leading scorer Marcquise Reed who finished with 25. Reed shot 7-for-12 from the field and drilled three triples while going a perfect 8-for-8 at the charity stripe. The redshirt-junior also finished with a team-high eight rebounds.

Both Shelton Mitchell and Gabe DeVoe netted 14 points each for the Tigers.

Tennessee jumped out to a 12-1 lead just over six minutes into the first half, but the Tigers would begin to chip away and gain its first lead at 23-22 after a 13-3 run. The Volunteers would end up taking a three point lead into the break, 28-25.

After knotting the score at 36-36 following a Mitchell 3-pointer, the Vols began to try and pull away from the Tigers, eventually extending its lead to a game-high 17 points with 6:12 remaining.

Much like the first half, the Tigers stormed back and engineered a 15-2 run to pull to within three points at 65-62 with 1:46 to play. A Mark Donnal three with 19 seconds left would pull the Tigers to within just two, but the Vols would get a bucket to seal the four-point victory.

Tennessee finished with 20 points off of 16 Clemson turnovers and 14 second-chance points with the help of 15 offensive rebounds. The Tigers tallied 12 offensive boards.

The regular season opens on Friday, November 10 against Western Carolina University. Regular-season tickets are on sale and can be purchased by calling 1-800-CLEMSON or visiting ClemsonTigers.com.