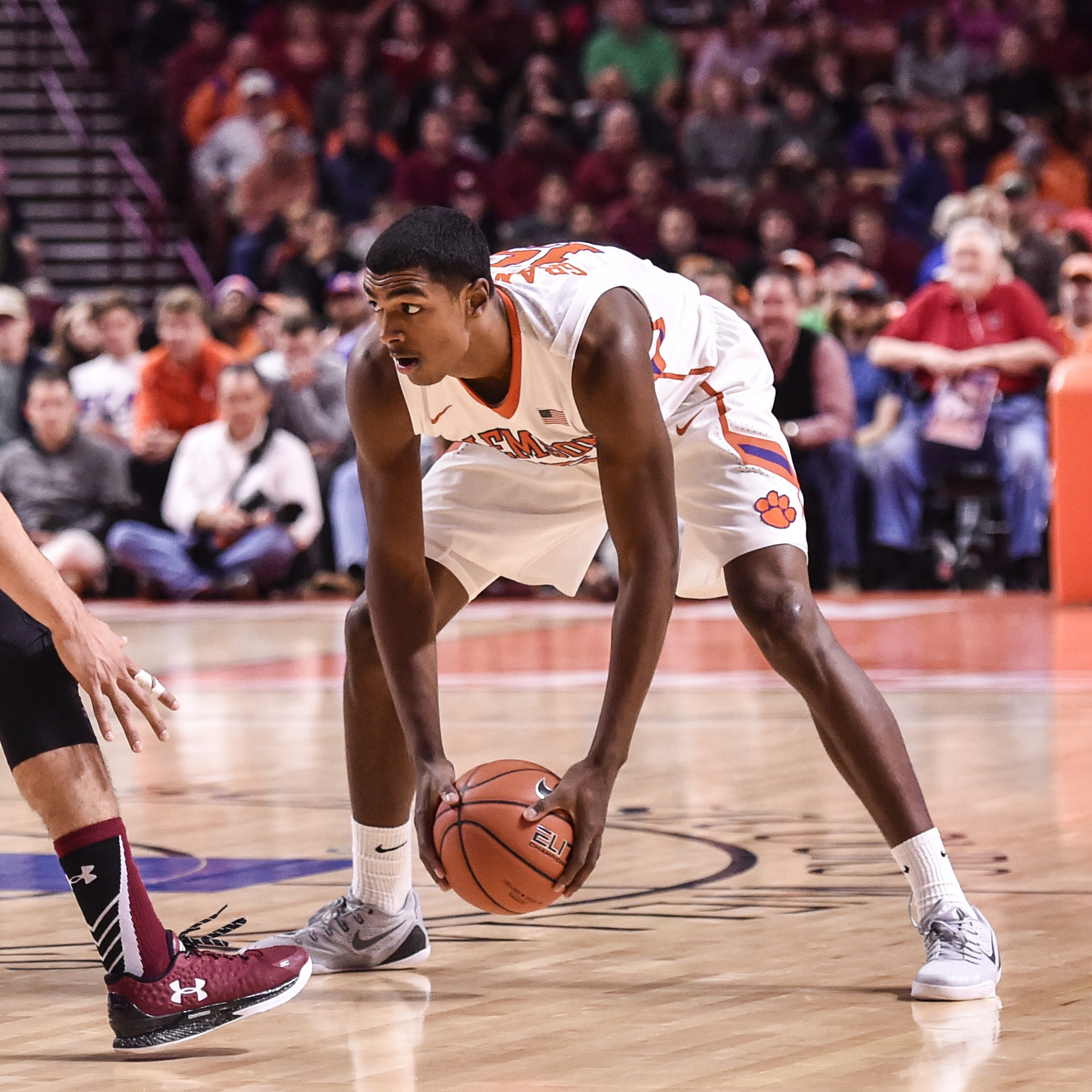 GREENVILLE, S.C. — A frantic second-half comeback fell short Friday as Clemson went cold from the floor over the final five minutes in a 65-59 loss to South Carolina in front of 14,146 fans at Bon Secours Wellness Arena. The Tigers fell to 7-4 with the loss, while the No. 25 Gamecocks improved to 10-0 on the season.

Donte Grantham led three players in double figures for Clemson, who trailed by 20 in the first half and cut the deficit to four in the second. Grantham finished with 16 points and hit four three-pointers. Jaron Blossomgame notched his second double-double with 17 points and 11 rebounds, while Jordan Roper chipped in 10.

Grantham hit a pair of early three-pointers for the Tigers, who led 13-9 after the second long ball. But South Carolina answered with a 24-1 run, highlighted by a monster dunk and three-point play by Sindarius Thornwell. South Carolina was able to overcome a slow offensive start, where it made just one of its first six field goal attempts. The Gamecocks shot 56 percent in the half and outrebounded the Tigers by 10.

Roper sparked the Tigers out of intermission, hitting a wing jumper that pulled Clemson within single digits for the first time since the 7:58 mark of the opening half. The Tigers had several attempts to pull closer but could not until Grantham hit a pair of threes, followed by a beautiful alley-oop inside to Blossomgame.

Clemson got it to four on a couple of occasions, the second time on a left-handed hook from Landry Nnoko. The Tiger center had a tough night offensively, but did post five blocked shots on the defensive end. Clemson went almost exclusively zone in the second half and it worked, as the Tigers stifled the Gamecocks to a 31 percent mark.

The Tigers finish out non-conference play at Georgia on Tuesday, December 22. The Tigers and Bulldogs tip off at 6 p.m. from Stegeman Coliseum. The game will be televised by the SEC Network.