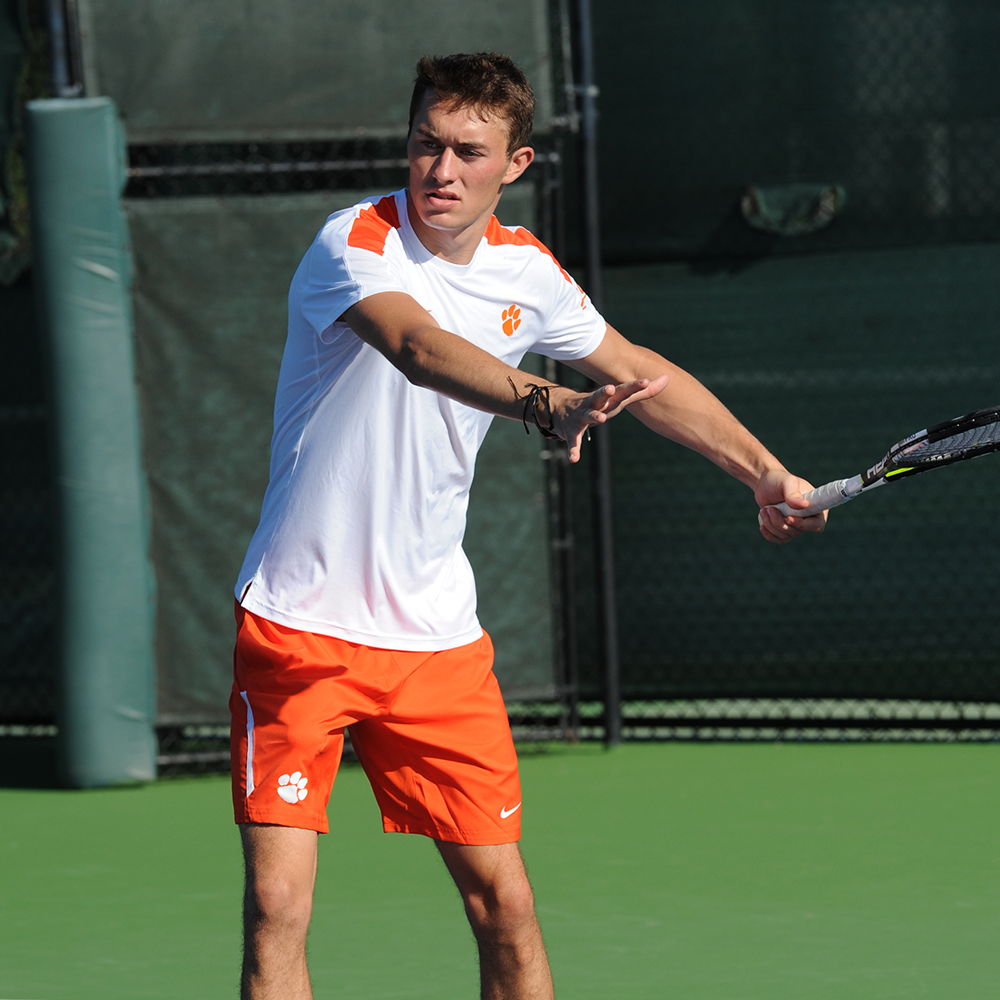 HANOVER N.H. – The Clemson men’s tennis team fell to Penn State in their second match of the weekend on Saturday afternoon in Hanover, N.H. at the Boss Tennis Center. The Nittany Lions opened their season against the Tigers, improving to 1-0, while Clemson fell to 1-3.

“It was another tough loss today; credit goes to Coach Zinn’s Penn State team. Our team has the skill set to be successful, but must take ownership with the intangibles to push through these challenging times,” said Head Coach Chuck McCuen. “I am confident that they will, and their strong character will shine through. Alex Favrot was a warrior today; he played and competed at a very high level. Robert Dudley and Luke Johnson also played very well at number one doubles.”

The Nittany Lions claimed the doubles point against The Tigers, cruising to a pair of 6-1 victories on courts two and three. Robert Dudley and Luke Johnson were leading 4-2 on court one, but did not finish their match due to Penn State clinching the point.

Penn State claimed the first five singles points against the Tigers, before Alex Favrot battled for three sets to gain the lone point for the Tigers at number two singles. Favrot dropped a close first set 6-7, before rallying in the second for a 6-4 win, forcing a third set. Favrot went on to win the third-set super tiebreak by a score of 10-8. Brent Lett and Robert Dudley both battled to three sets as well, but fell to their Penn State counterparts at number five and six singles, respectively

Clemson hits the road again next week to face off against #15 Texas Tech on Friday, Jan. 29. The match will begin at 3 p.m. in Lubbock, Texas. In-match updates will be available on Twitter @ClemsonMTennis.