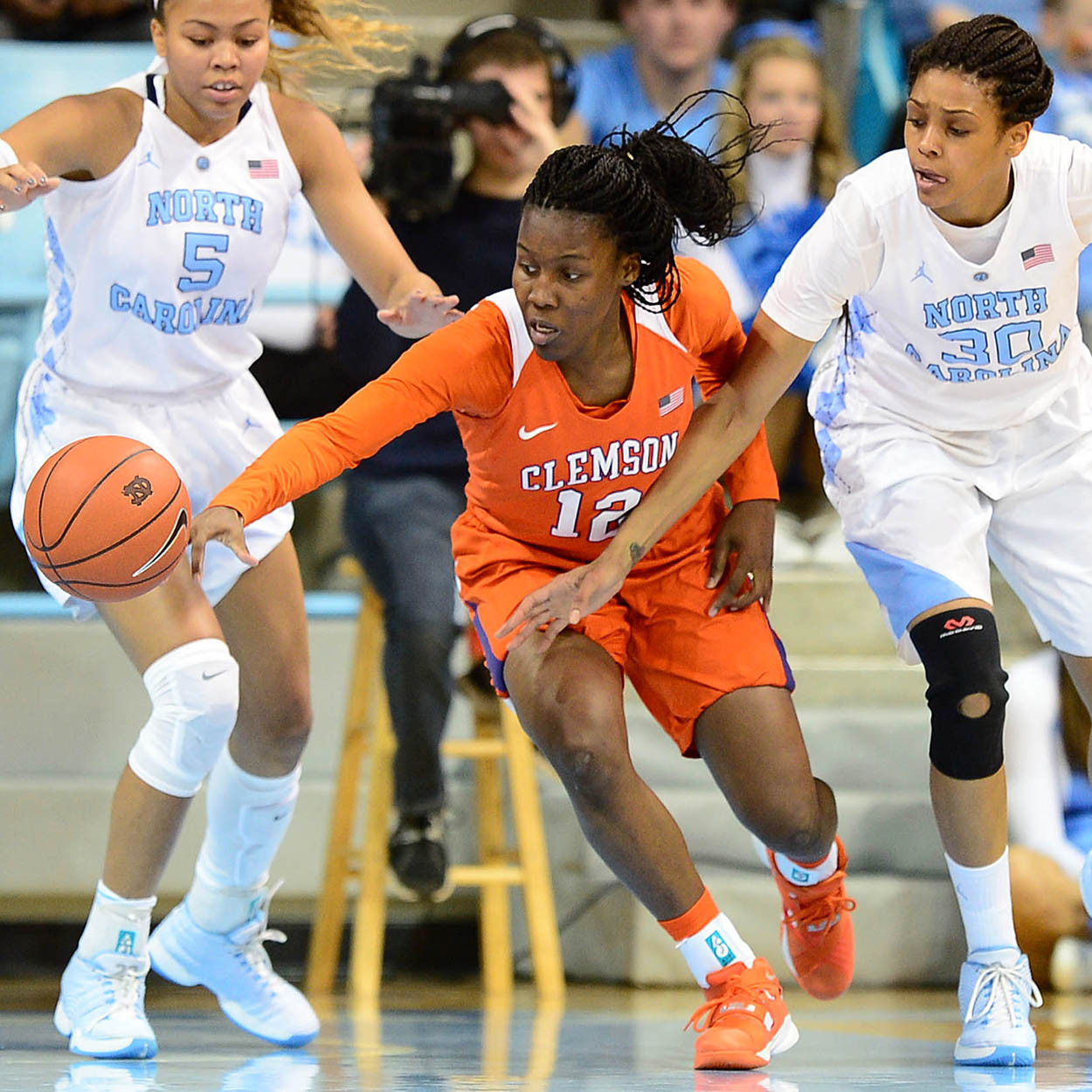 Tigers Fall to North Carolina On the Road in ACC Opener

CHAPEL HILL, N.C. – Despite a 19-point effort by Nelly Perry, and double-digit points by Aliyah Collier and Alexis Carter, the Clemson women’s basketball team (4-10, 0-1 ACC) fell to North Carolina (11-5, 1-0 ACC) by a score of 72-56 in its Atlantic Coast Conference opener on Sunday afternoon in Chapel Hill, N.C.

“I’m proud of the way we played in the third and the fourth quarters,” said Head Coach Audra Smith. “If we had played with that type of energy and aggressiveness in the first quarter, the outcome would have been completely different. If we could have started the game with more aggression, then this would have been a whole new ballgame.”

The Tigers, despite trailing by 20 points late in the third quarter, used defense and scrappy play to cut the deficit to eight points with under five minutes remaining in the game. Aliyah Collier, a freshman guard from Augusta, Ga., scored nine of her career-high 13 points in the second half, and finished the game with a team-high eight rebounds and a career-high four steals. Her steal and layup at the 4:28 mark in the fourth quarter put Clemson within eight points, at 56-48.

For the game, the Tigers recorded 17 steals, a season-best, and led 19-11 in points off turnovers, forcing North Carolina to commit 24 turnovers.

“There were some bright spots today in terms of things that we did,” Smith added. “Aliyah Collier played very well. She almost had a double-double as a guard; you can’t ask for more than that. We have our bye week coming up so we have a lot of time to work on things and improve.”

Sophomore wing Nelly Perry posted 19 points to lead the Tigers, and made 8-of-9 free throws in the contest. Sophomore guard Alexis Carter scored nine of her 11 points in the second half. Freshman guard Danielle Edwards led the team in steals, with five, and assists, with four, for the contest.

Clemson has a week off before resuming ACC play with two games at home. The Tigers host Miami on Sunday, Jan. 10 at 4 p.m. in Jervey Gym. Admission is free for all regular season home games this season.