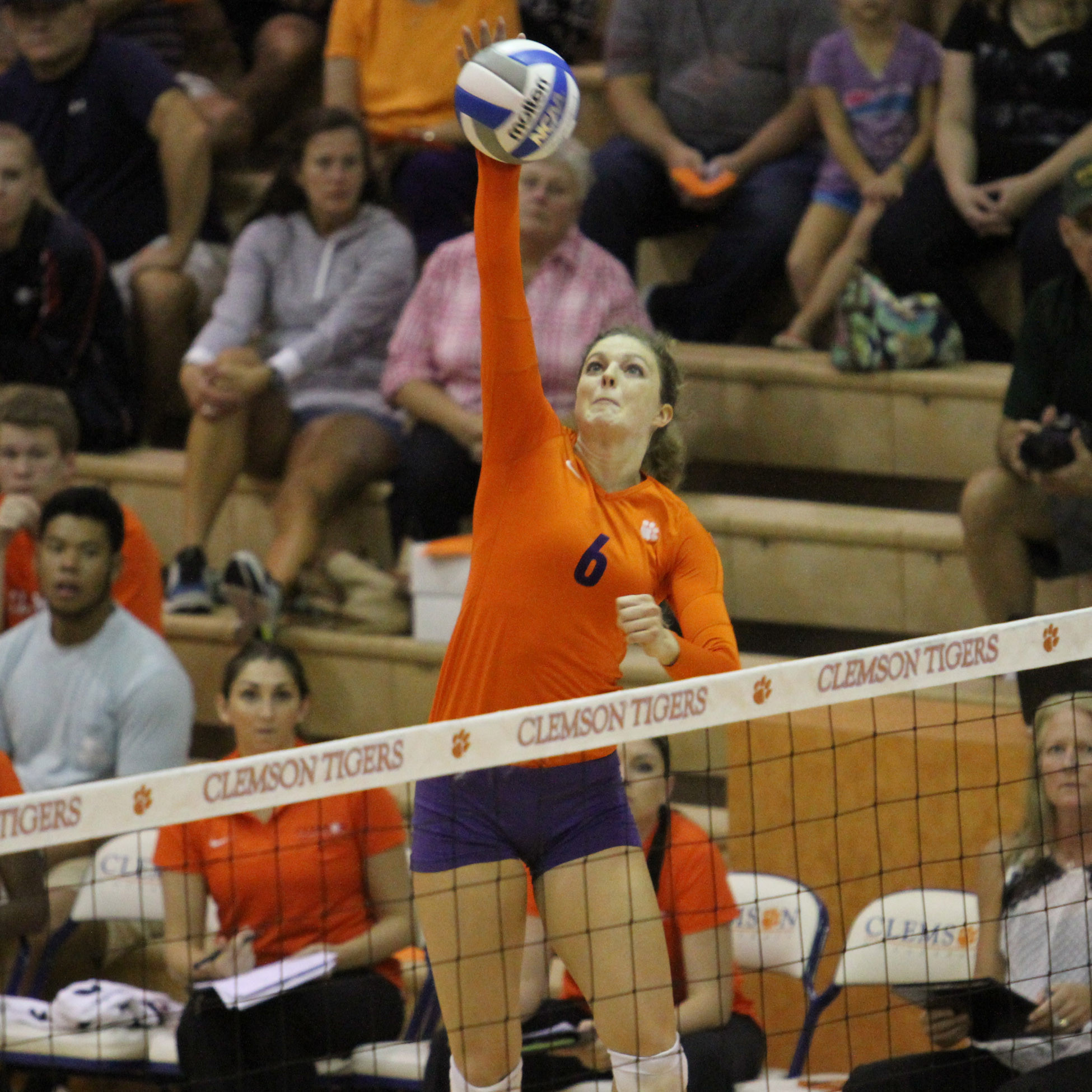 Tigers Fall to No. 8 Seminoles on the Road

Sophomore Leah Perri had a hot hand against the Seminoles’ tough defense, putting down 10 kills. Graduate Haleigh Hampton was just behind Perri with nine kills. Freshman setter Kate Federico’s 28 assists moved her into second place in Clemson history in terms of assists in a single season by a Clemson freshman. Federico surpassed current assistant coach Kelsey Murphy Saberhagen’s 1,116 set in 2006, and now has 1,139 on the season. Niki Collier led Clemson’s backcourt with 12 digs.

Perri had five of her 10 kills in the first set alone, matching the Noles’ offensive leader, Nicole Walch. Hampton saw the most offensive action in the second set, recording five of her nine total kills. The Tigers took the initial lead in set two, and created seven tie scores, but Florida State was able to break away at 18-18 and led the rest of the match.

The Tigers’ had difficulty stopping Florida State’s quick offense, putting down just four blocks as a team, after averaging more than 10 per match entering the contest. The Seminoles’ scrappy defense kept Clemson below a .200 hitting percentage on the match, while the Noles hit just below .398.

Clemson travels to Atlanta on Friday, Nov. 28 to take on Georgia Tech at 3 p.m. for the team’s final contest of the 2014 season.