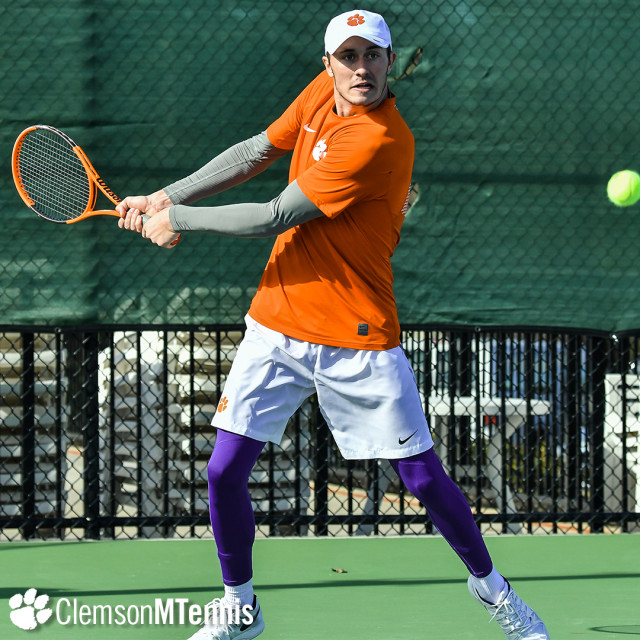 Clemson won the doubles point, with the French duo of Alex Favrot and Simon Baudry defeating the 14th ranked team in the country 7-5 at No. 1 doubles. Sam Edwards and Yizhou Liu clinched the doubles point with a 6-3 win over the 35th ranked doubles team of Dougaz and Iradukunda. Marshall Dagostine and Carlos Kelaidis did not finish but were tied 5-5 against the Whitehurst brothers, who are ranked 52nd.

The Tigers return to action on Sunday, March 4 for a home match against Miami at the AU Tennis Center in Anderson, S.C. First serve against the Hurricanes is set for 2:30 p.m.

Credit to Florida State University, they brought great energy as a team and are No. 12 for a reason. We took another step forward as a team today. We played the best doubles point so far this year, and Alex Favrotpicked up a big win over the No. 12 player in the nation. That is one of the best comebacks I have seen in college tennis, being down 1-5 in the third.  We are excited to get back out there Sunday against Miami!