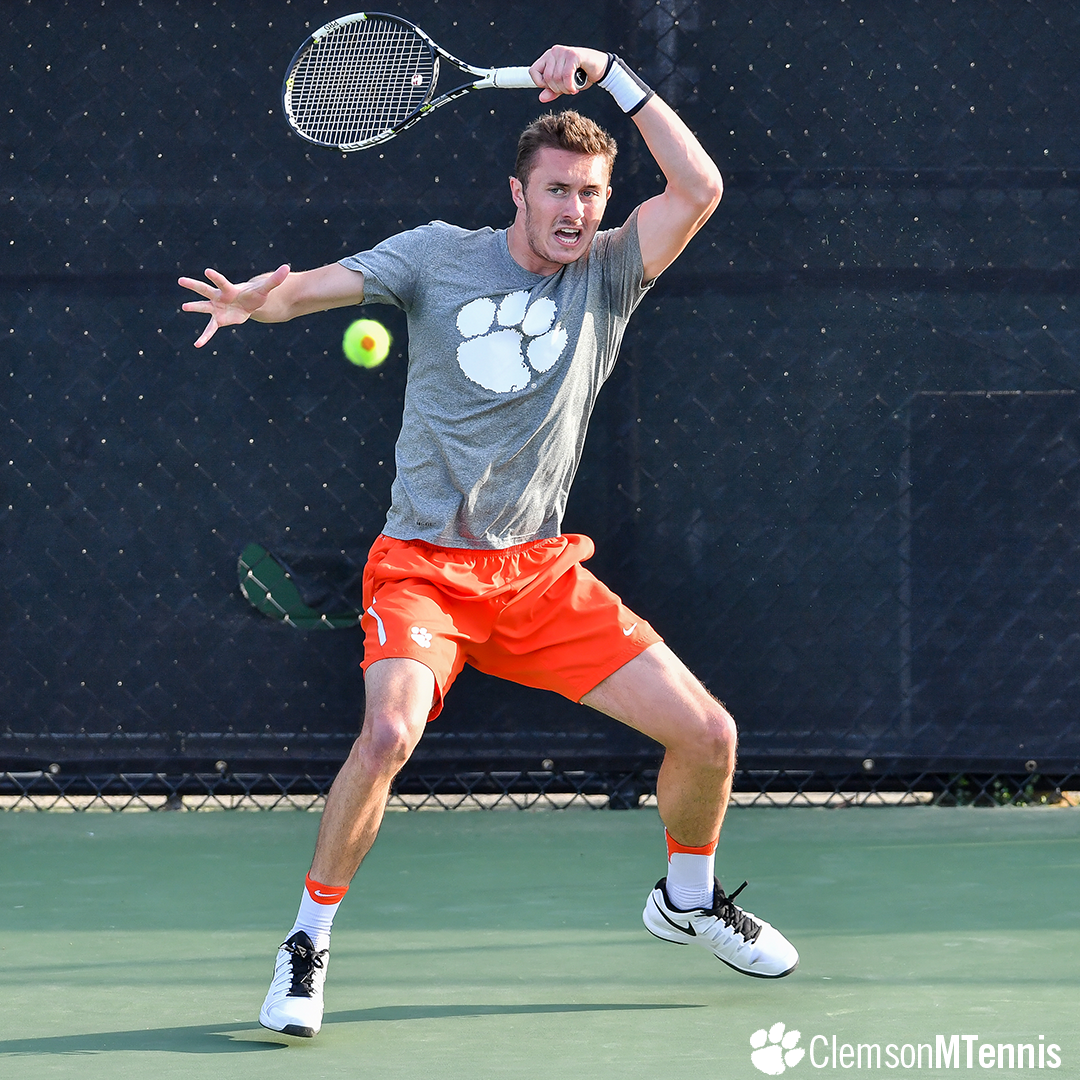 BLACKSBURG, Va. – The Clemson men’s tennis team came up short against Virginia Tech on Friday afternoon despite Alex Favrot defeating the No. 82 singles player in the country. The Tigers fall to 8-10 (1-4 ACC), while the Hokies improve to 8-9 (3-4 ACC).

In doubles play junior Alex Favrot, and senior Robert Dudley cruised to 6-2 victory on court two, and then Virginia Tech won 6-4 on court one to force a deciding point on court three. The Hokies had a one-point advantage most of the match on court three before pulling away with a 6-4 win to clinch the doubles point.

Virginia Tech took the doubles momentum into singles clinching the match with three straight-set wins on courts six, five and two. All remaining matches would be played out, and the Hokies took two of the final three matches. Favrot picked up the lone point for the Tigers when he defeated No. 82 Corbett in straight sets, 7-6, 6-4 at the No. 1 position.

Clemson returns to the courts Sunday, April 2 against No. 3 Virginia. The match is set to begin at 1 p.m. in Charlottesville, Va.