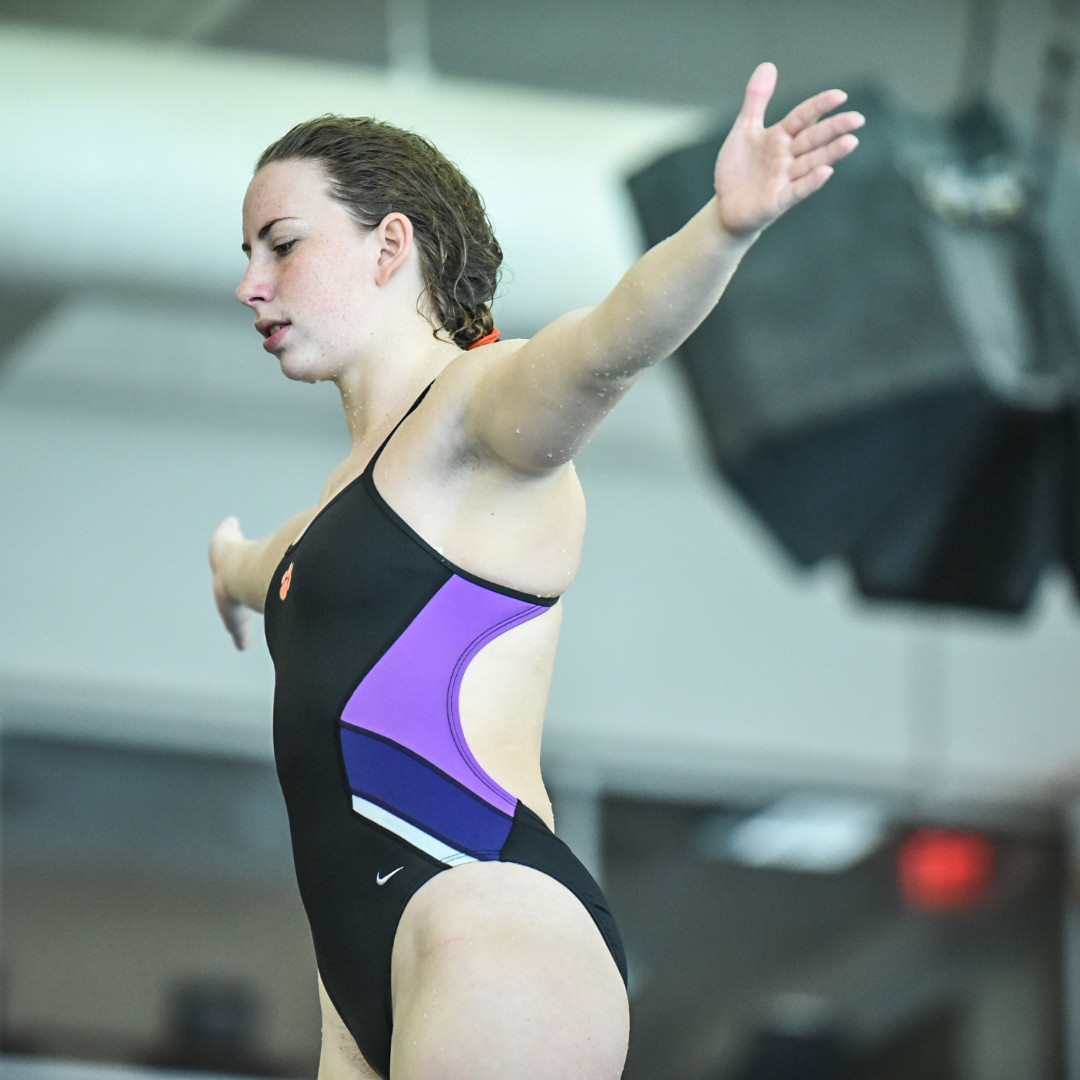 CLEMSON, S.C. – The Clemson diving team capped off its regular-season home meet schedule after losing to JMU, 20-18, in McHugh Natatorium on Saturday morning.

In the one-meter event, Danielle Reitsma was the top finisher for the Tigers. Her score of 289.05 earned her a second place finish and is the best score recorded by a Tiger diver in the event this season.  Sarah Blank followed Reitsma with a 252.52 for third place while Caylin Hirapara and Allison Brophy rounded out the top five with scores of 252.14 and 245.54, respectively.

Reitsma also paced a string of consecutive Clemson, top-five finishers on the three-meter springboard, scoring a 298.65 for her second runner-up finish in as many events. Blank and Hirapara, again, secured the third and fourth place spots with Megan Jendra coming in as the fifth and final point earner for the Tigers, scoring a season-best 230.85.

Both of Reitsma’s scores on the day were Zone-qualifying marks, making her the second Clemson diver to have qualified for NCAA Zones at least five times over the course of this season, joining Megan Helwagen as the two to do so.

Clemson travels to Harrisonburg, Va. to face a familiar foe as JMU hosts its Dukes Diving Invite on Saturday, Feb. 6 at 11 a.m. The invitational will conclude the Tigers’ regular season competition schedule before the team prepares to compete at the ACC Championship meet.