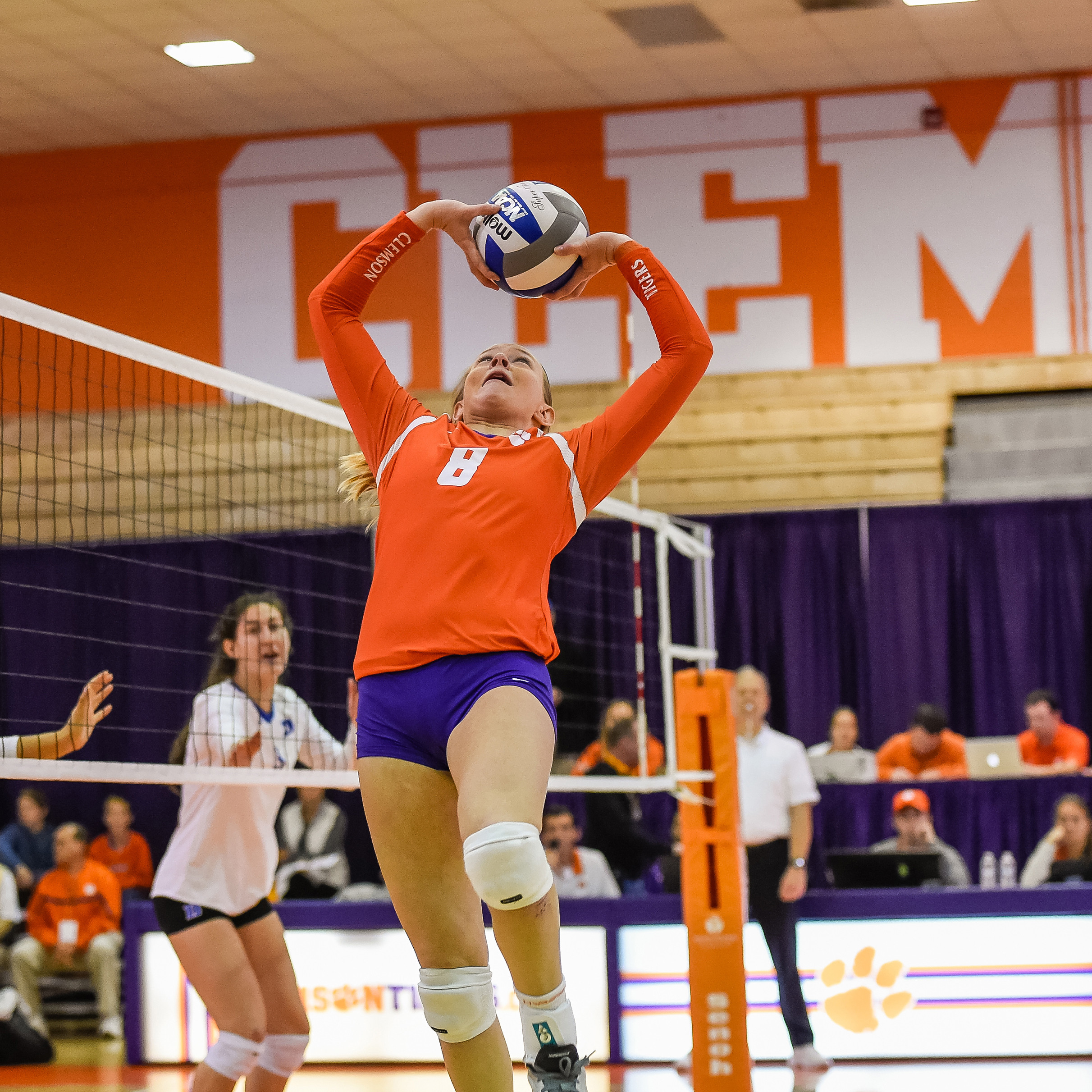 LOUISVILLE, Ky. – After a hard fought effort by the Tigers, Clemson fell short in a three set battle (20-25, 14-25, 19-25) to #17 Louisville. Keelie Arneson, Leah Perri  Sydney Moseley and Kate Federico all continued their hot streaks in the loss to one of the hottest teams in the country, fresh off a five-set victory over #20 Florida State.

Perri led the offensive attack and has now strung together seven-straight matches with double-digit kills, three of which with 20 or more. The junior finished with 12 on the night and now averages 4.42 kills per set (115 kills in 26 sets) in her last seven matches.  She’s played a big role defensively as well in the back row, digging her way to double figures in three of her last seven matches with 69 digs in total, eight of which came tonight.

Arneson finished the night with 16 digs to give her 2,650 in her career and is now just six digs from owning the seventh most in NCAA history. She has averaged 5.78 digs per set in her last six matches, totaling 133 digs in just 23 sets. Four of those matches she’s finished with 20 or more.

With Federico’s 23 assists tonight, she now has 176 assists in her last four matches (19 sets) giving her a 9.26 assist per set average. The sophomore finished with six kills on 15 swings with just one error, two service aces, two block assists and 12 digs as well to give her double-doubles in three of her last four matches.

Perri wasn’t the only hitter to contribute in the back row as Moseley continued her hot-streak as well. The junior was just two digs shy of double-figures and has now averaged 2.47 digs per set (47 digs, 19 sets) with three double-digit-dig matches in her last five contests.

Clemson is back in action on Sunday at 1:00 p.m., in South Bend, Indiana for its final road match of the season. The Tigers will look to even the score with Notre Dame after the Fighting Irish slighted Clemson in five earlier this season.