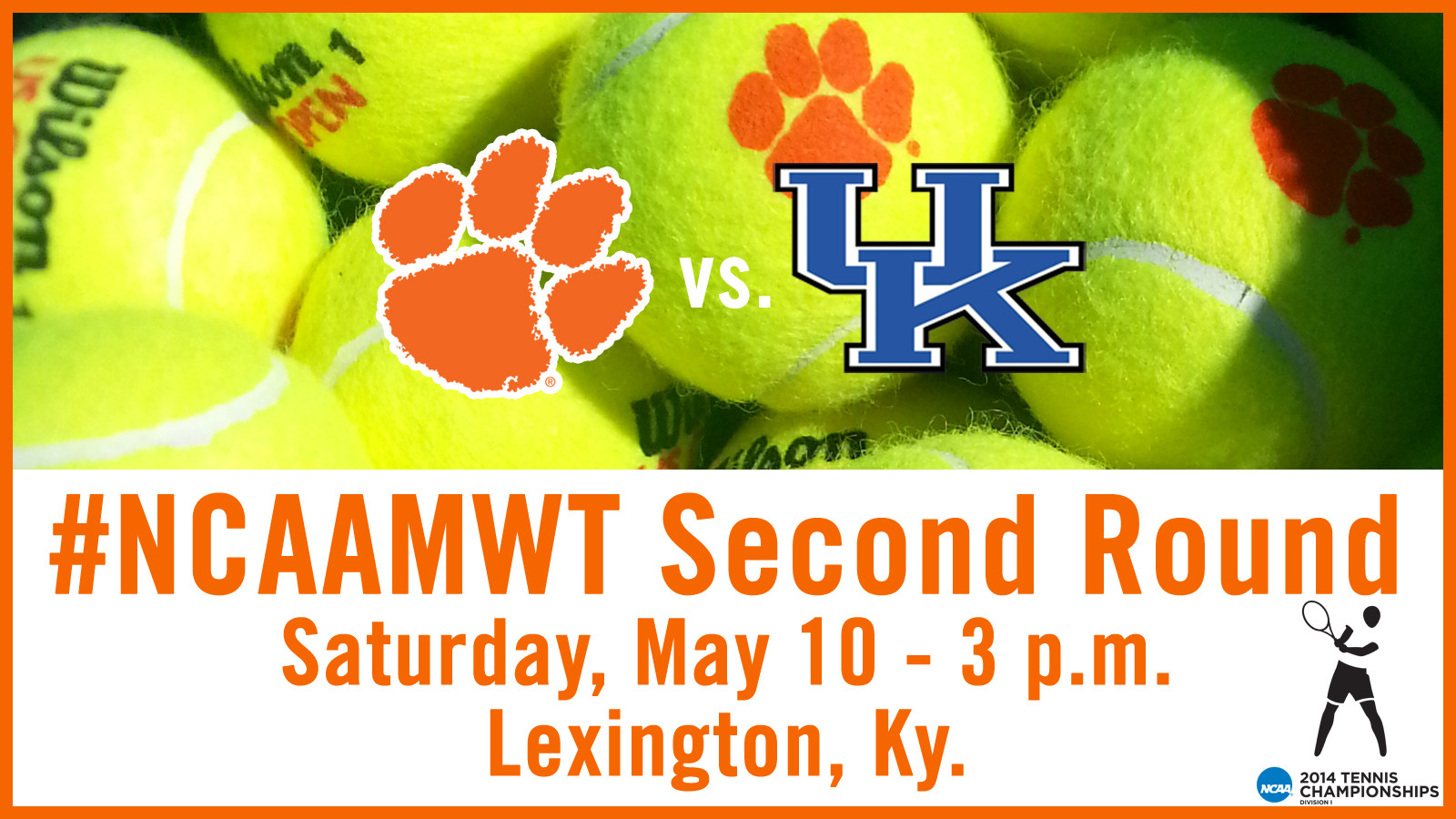 Tigers Fall to #13 Kentucky in NCAA Second Round Heartbreaker

LEXINGTON, Ky. – The 21st-ranked Tigers suffered a heartbreaking 4-3 loss to Kentucky, ranked 13th and the tournament’s No. 15 National Seed, on Saturday at the Hilary J. Boone Varsity Tennis Center on the Wildcats’ campus. With the loss, Clemson concludes the season in the NCAA Championships Second Round at 21-9, recording the program’s first 20-win season since 2007. Kentucky improves to 23-9 and advances to the NCAA Sweet 16 in Athens, Ga. next week.

For the second straight day, and the Tigers’ third match in a row, the weather played a factor. Just as warmups were complete and introductions were about to begin, a lightning warning was issued for the area and officials moved the match indoors.

The Wildcats took the first doubles match with an 8-4 win on Court 2. The Tigers’ Austin Ansari and Luke Johnson traded points in their match at flight three before winning 8-6, which left the doubles point decision up to Hunter Harrington and Dominique Maden on Court 1. Clemson’s ninth-ranked duo battled out an 8-6 victory over Kentucky’s 31st-ranked team to claim the point and improve to 23-1 in dual matches on the season.

In singles play, Harrington was tied with Kentucky’s Tom Jomby 2-2 in the first set when Jomby appeared to hurt his foot and was unable to continue, resulting in a win by default and a 2-0 lead for the Tigers. Kentucky got a point back with a win on Court 3, before Maden recorded a 6-4, 6-3 win at flight two. For the second straight day, the senior co-captain came back from a 3-0 deficit in the second set to win.

With the score 3-1 in favor of Clemson, the Wildcats began their comeback bid, recording wins at four, five and six singles, respectively to clinch the victory and the Sweet 16 berth.