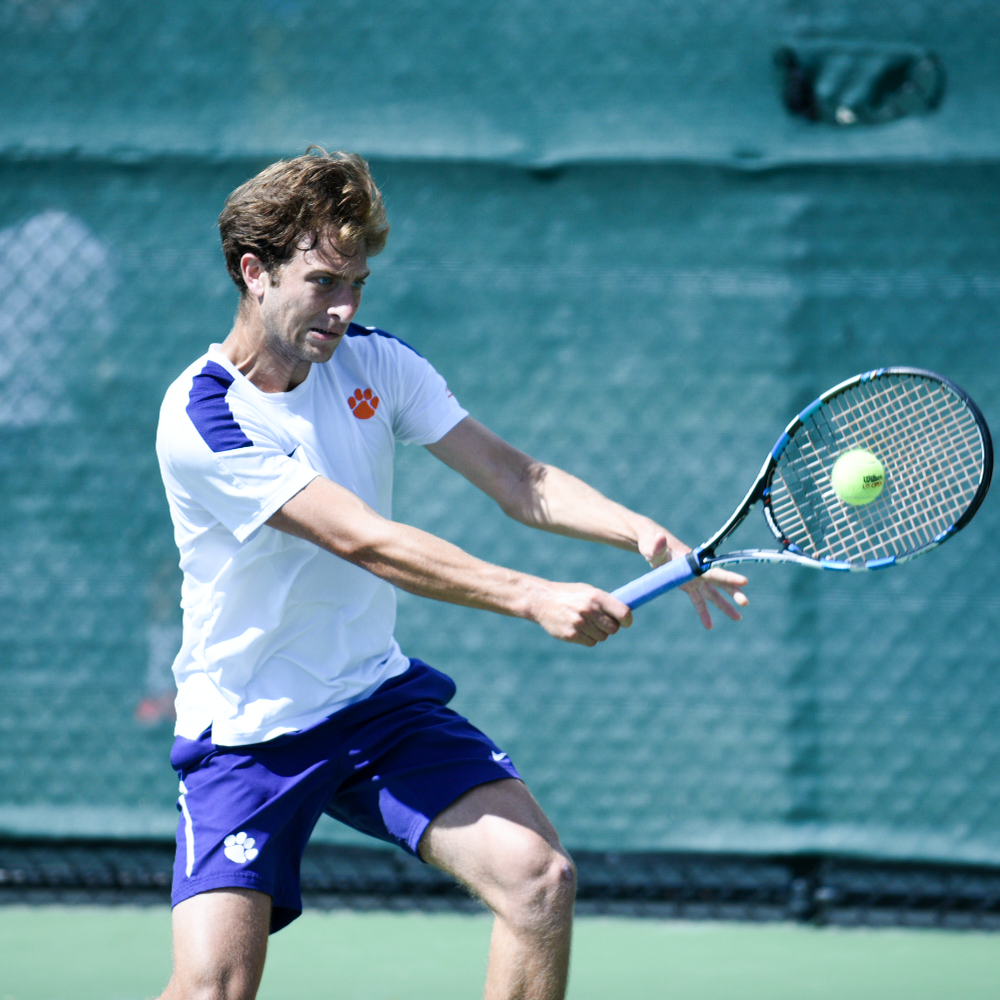 CLEMSON, S.C. – Senior Austin Ansari’s two-set win at No. 3 singles over 83rd-ranked singles player, Edoardo Tessaro of Virginia Tech was not enough to lead the Tigers to victory Friday afternoon. The Clemson men’s tennis team fell to #40 Virginia Tech at the Hoke Sloan Tennis Center by the score of 5-2. With the loss, the Tigers fall to 13-12 overall and 4-6 in the ACC, while the Hokies improve to 14-6 (6-4 ACC).

“Credit to Virginia Tech today with the win and the way they competed. I was pleased with the way our team fought through some adversity as we are using a growth mindset to continue to improve,” said Head Coach Chuck McCuen. “Congratulations to John Sullivan on his well deserved naming of court one and the strong legacy he has left the Clemson tennis family.”

The Hokies clinched the doubles point against the Tigers with wins on court two and three. Austin Ansari and Arturo Pinazo fell at No. 2 doubles match by a score of 6-2. Before doubles play was called due to the clinched point at No. 3, Luke Johnson and Christian Harris were tied 4-4 with the 13th-ranked doubles team.

Robert Dudley was the first off the court for the Tigers in singles, coasting to a two set, 6-1, 6-2 win at No. 4 to give the tie the match at one a piece, before the Hokies took a 3-1 lead with wins at No. 1 and No. 2. Austin Ansari gained a point back for the Tigers, winning in two sets at No. 3, 6-4, 6-4 over the nations 83rd-ranked singles player. The Hokies took the next two points from No. 6 and No. 5 to clinch the match over the Tigers.

The Tigers return to the courts on Sunday, April 10 for senior day when they host #3 Virginia. First serve for the match against Virginia is set for 11 a.m. at the Hoke Sloan Tennis Center.