CLEMSON, S.C. — Clemson University men’s basketball fought and clawed until the last play but could not get back over the hump against No. 5/5/ North Carolina in a narrow 81-79 decision on Saturday evening.

The Tigers (17-12, 7-9 ACC) were led offensively by Marcquise Reed who turned in his 25th 20-point game of his career. Reed scored 24 points and also tied his career-high with five steals in the contest.

Elijah Thomas posted his eighth double-double of the season and the 19th of his career with 14 points and 11 rebounds. Clyde Trapp (15 points) and Shelton Mitchell (11 points) also finished in double-figures for the Tigers.

Off the bench for the Tigers, Javan White provided 10 solid minutes for Clemson. White scored four points and grabbed four rebounds – three on the offensive glass.

Clemson got down by as many as nine points in the second half (37-46) with 18:43 left in the game, but the Tigers were able to grit their way back into the lead. With the score tied at 48, the Tigers built a 54-48 lead but they couldn’t ultimately sustain it.

Down seven points again, this time with 1:04 left on the clock, the Tigers pulled to within one on two occasions but couldn’t overcome.

Clemson returns to action on Wednesday, March 6 when it travels to South Bend, Ind. to take on Notre Dame. Tipoff is set for 9 p.m.

Notes: Marcquise Reed moved into 15th on the all-time scoring list (1,380) … Reed turned in his 66th double-digit scoring game of his career – just four shy of tying Butch Zatezalo (1967-70) and Larry Nance (1977-81) for 16th on the all-time list … Reed also posted his 25th 20-point outing of his career – just one shy of tying Jim Sutherland (1964-67) for 10th all time … Reed tied his career mark for steals in a game with five … he now has 160 in his career which is good for 11th in program history … his 1.70 steals per game in a career is fifth all time … Elijah Thomas notched his eighth double-double of the season and the 18th of his career … with 614 career rebounds, Thomas enters the top-25 in program history and currently sits 22nd … Thomas posted one block and now has 168 for his career – just nine shy of tying Sharrod Ford (2001-05) for ninth all time … Thomas now has 933 points as a Tiger … Javan White grabbed a season-high three offensive rebounds. 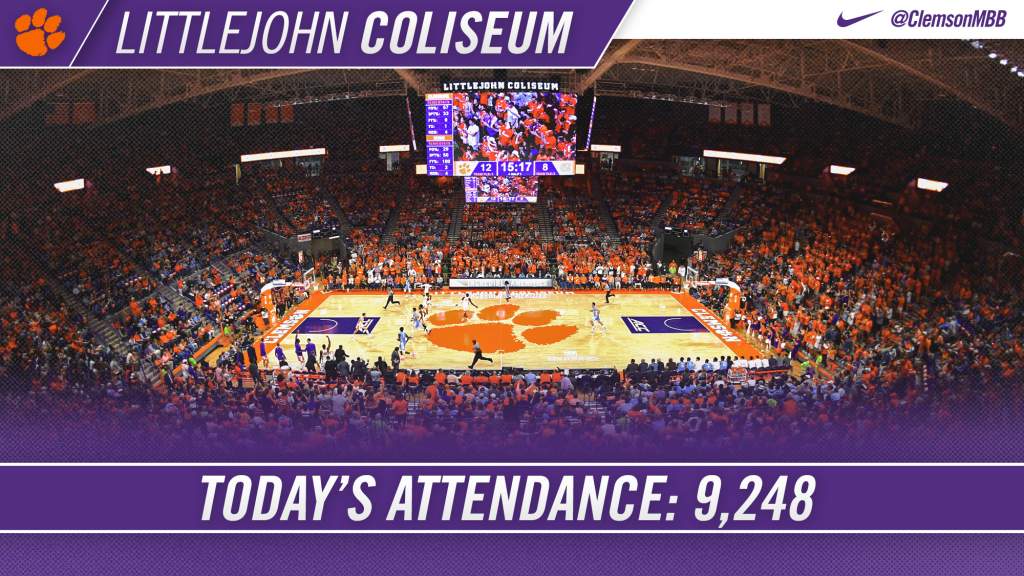