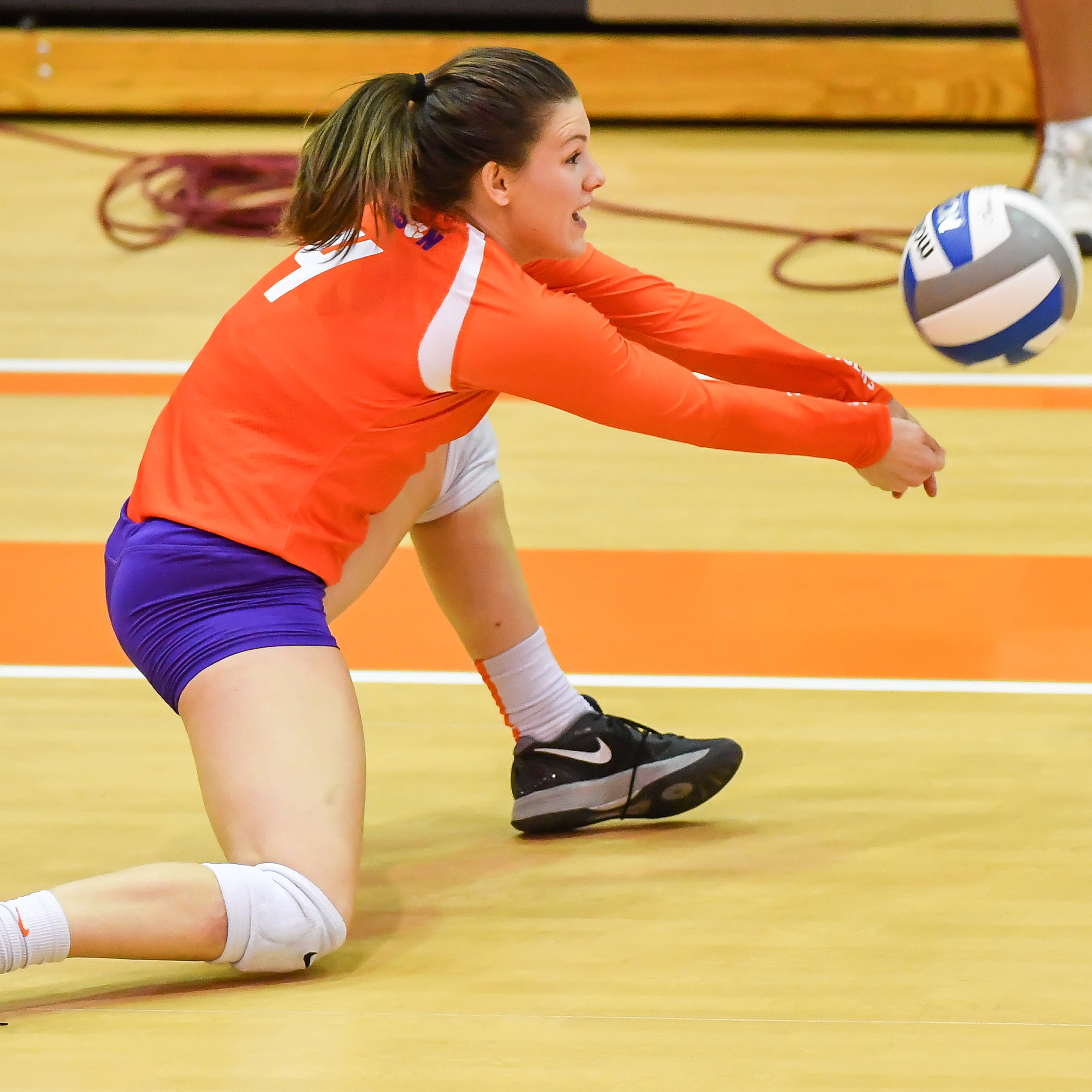 “First of all, you have to give a lot of credit to Georgia Tech,” said head coach Hugh Hernesman. “That’s a veteran group that’s playing at a very high, NCAA Tournament level right now. That being said, we need to figure out how we can play like we did in the third set. This group is fully capable of competing with the top half of the league and we do some very good things in spurts. It’s now our job to figure out how we get to that level more consistently- with fewer and shorter gaps in between.”

“This isn’t a game of perfection and you can do everything right and lose points. It’s why we play to 25. As I tell the team, to win a set 25-23, you only need to be right 52% of the time. So one of the bigger things for us is to not let the outcome of rallies have too much of a psychological effect on us. We’re a young team, so these are some of the things that young teams go through before they can take the next step.”

Perri was Clemson’s kill leader with nine on the night, complemented by seven digs and a block. Woogk continues to thrive in her freshman season as she followed up her first career 10-kill match with eight more against the Yellow Jackets. She also finished with three digs and two blocks, one of which being a solo block.

Curtis dug 10 of Georgia Tech’s attempts while also acing the Yellow Jackets twice without a service error. Taylor Daniel finished with a pair of aces as well to go along with her four digs and nine assists. Keely Hayes led the Tigers with 11 assists to go along with her three kills, six digs and a block.

Clemson now comes back to Jervey Gym Saturday, October 29 for a 6:00 p.m., contest with Virginia. The Cavaliers won the first meeting between the two teams in three sets.