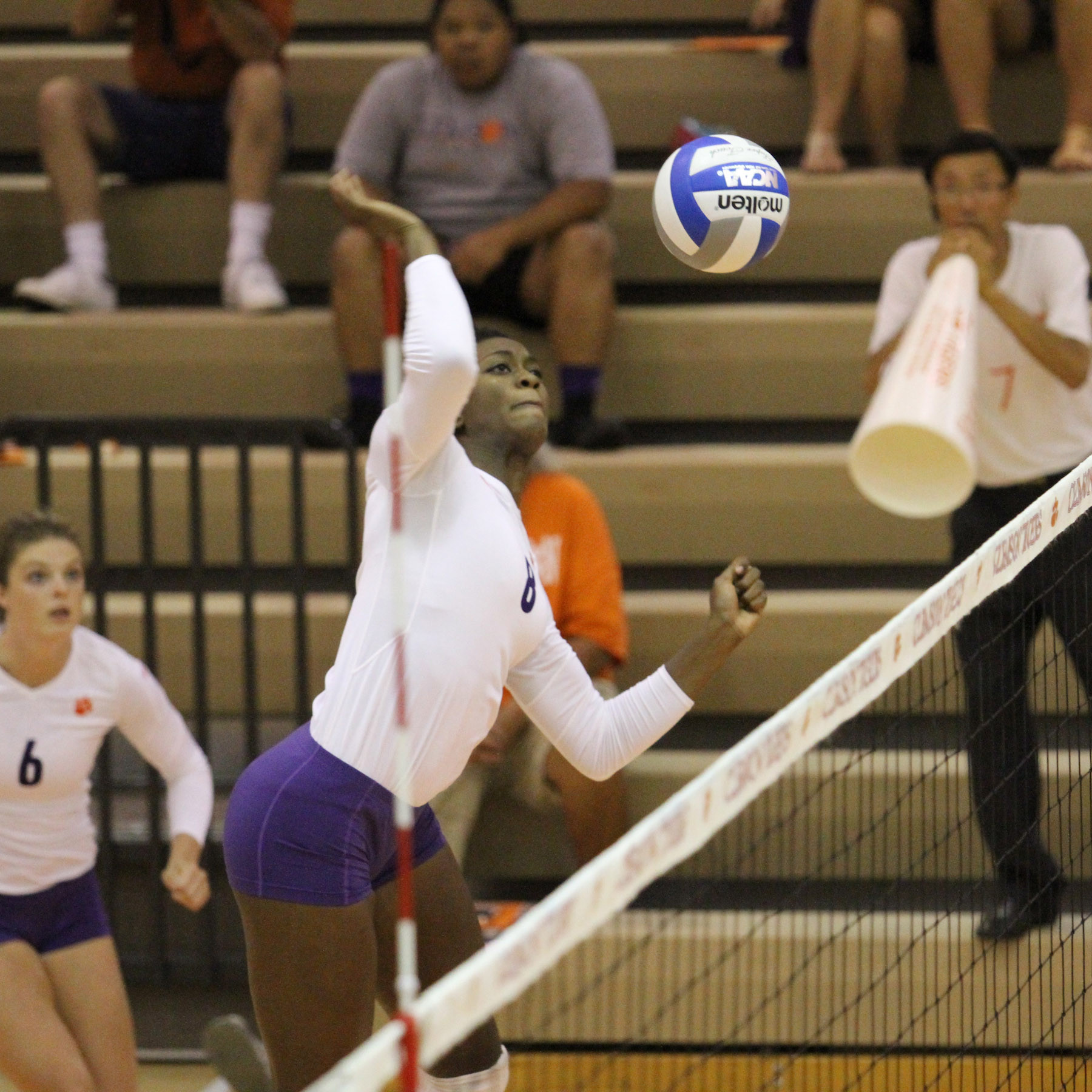 Watson had a hot hand to start the match. She put down four kills and no errors on seven swings to bring the Tigers within two after a four point Clemson deficit. The Tiger offense then rallied to tie the set up at 17’s, before pulling away to lead 22-19.  A few unforced errors toward the end stunted the Clemson run and the Yellow Jackets took the first set 25-23.

The Tigers’ offensive stamina carried on into the second set. Hampton put down the 1000th kill of her career to give Clemson a late 20-19 lead. The Tigers took set point at 24-21 and the set saw four more tie scores before the Yellow Jackets came out on top 29-27 in the second set.

Clemson put down five of its eight total blocks in the third set, but weren’t able to stop the Yellow Jacket offense, and Tech took the final set 25-21. Georgia Tech hit .309 on the match, led by Annika Van Gunst who had 14 kills and no errors on 27 swings.