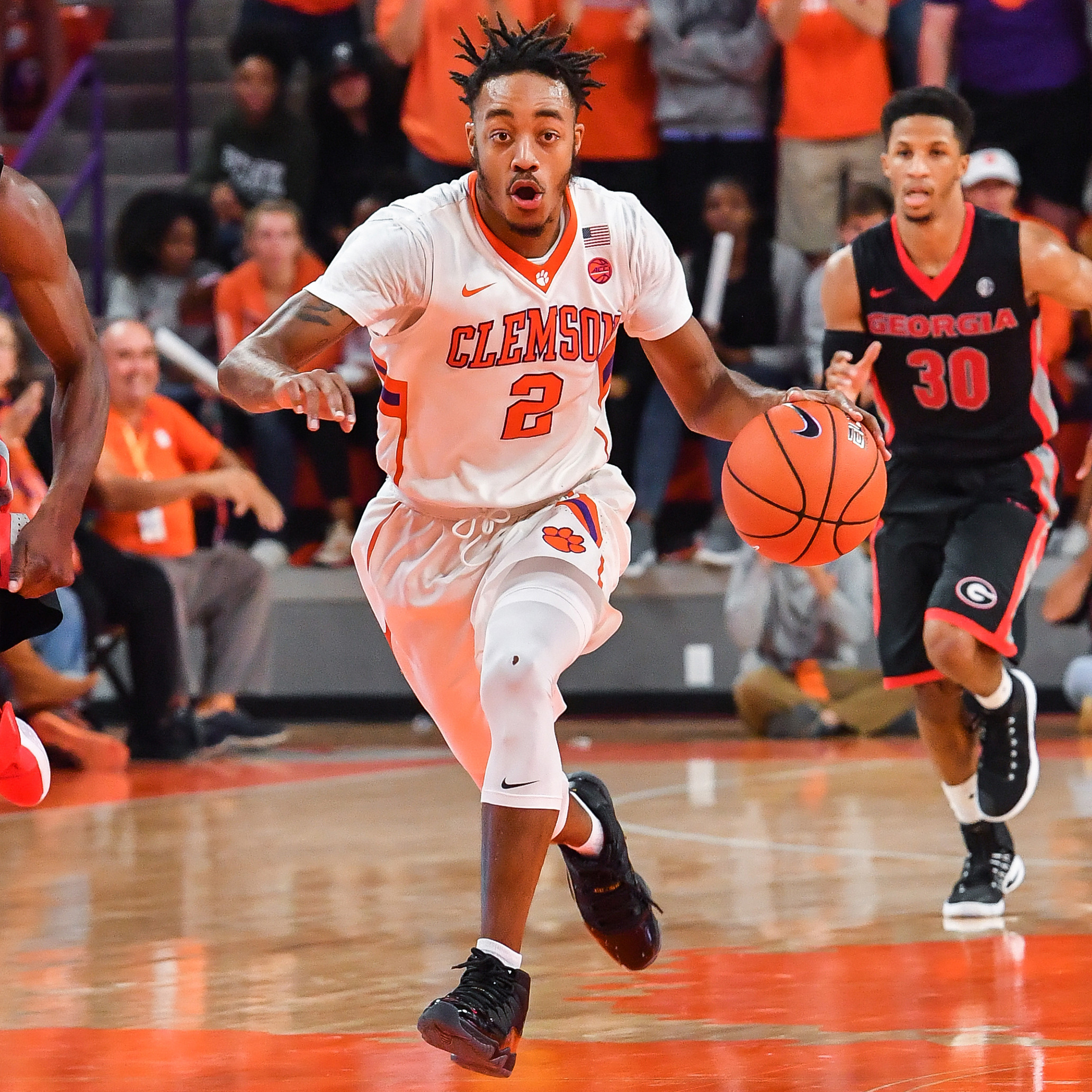 BLACKSBURG, Va. — Seth Allen hit a three-pointer with 3.8 seconds to play to lift Virginia Tech to a 71-70 victory over Clemson on Tuesday in Cassell Coliseum. Allen’s clutch three was his second of the season against the Tigers, both in one-point victories. Tech improved to 19-8 overall, 8-7 in the ACC. The loss dropped Clemson to 14-13 (4-11 in league play).

Allen finished with just eight points, but came away with the biggest shot of the night for the Hokies, who made 12-22 to continue their hot three-point streak. Zach LeDay led the Hokies with 19. Clemson featured four players in double figures, led by Marcquise Reed with 18.

A frantic first-half pace saw the Hokies make seven of their first eight attempts from three-point range. But Clemson was just as hot. After a steal by Avry Holmes, the senior converted an old-fashioned three-point play to give the Tigers a 27-21 lead. But Justin Bibbs continued his hot start, and after hitting a fallaway three, delivered a 38-36 lead for Tech. The Hokies took a 41-38 edge into the locker room after Justin Robinson knocked in free throws on an untimely foul with 10 seconds left.

Despite a poor shooting start, Clemson was able to cut the lead to one at 54-53 ona steal and conversion by Holmes. But Tech answered with back-to-back trifectas to prompt a Clemson timeout with 8:42 to play. Still ahead 63-57, the Tigers put together a 7-0 run to take their first lead of the second frame. Reed hit a three to put Clemson ahead. Bibbs again delivered an answer, this time with a three that lifted Tech to a 68-65 advantage with 2:30 to go.

Reed turned in some dramatics for the Tigers, hitting the tying three and go-ahead runner with 22 seconds left. After Tech called a timeout, Clemson’s initial defense forced a miss by Allen. But LeDay came away with the loose ball, setting up Allen’s heroics.

The Tigers return to Littlejohn Coliseum for a three-game homestand to conclude the regular season. Clemson squares off against Florida State on Saturday at noon. The game will serve as alumni weekend, where former players, coaches and staff will be honored.