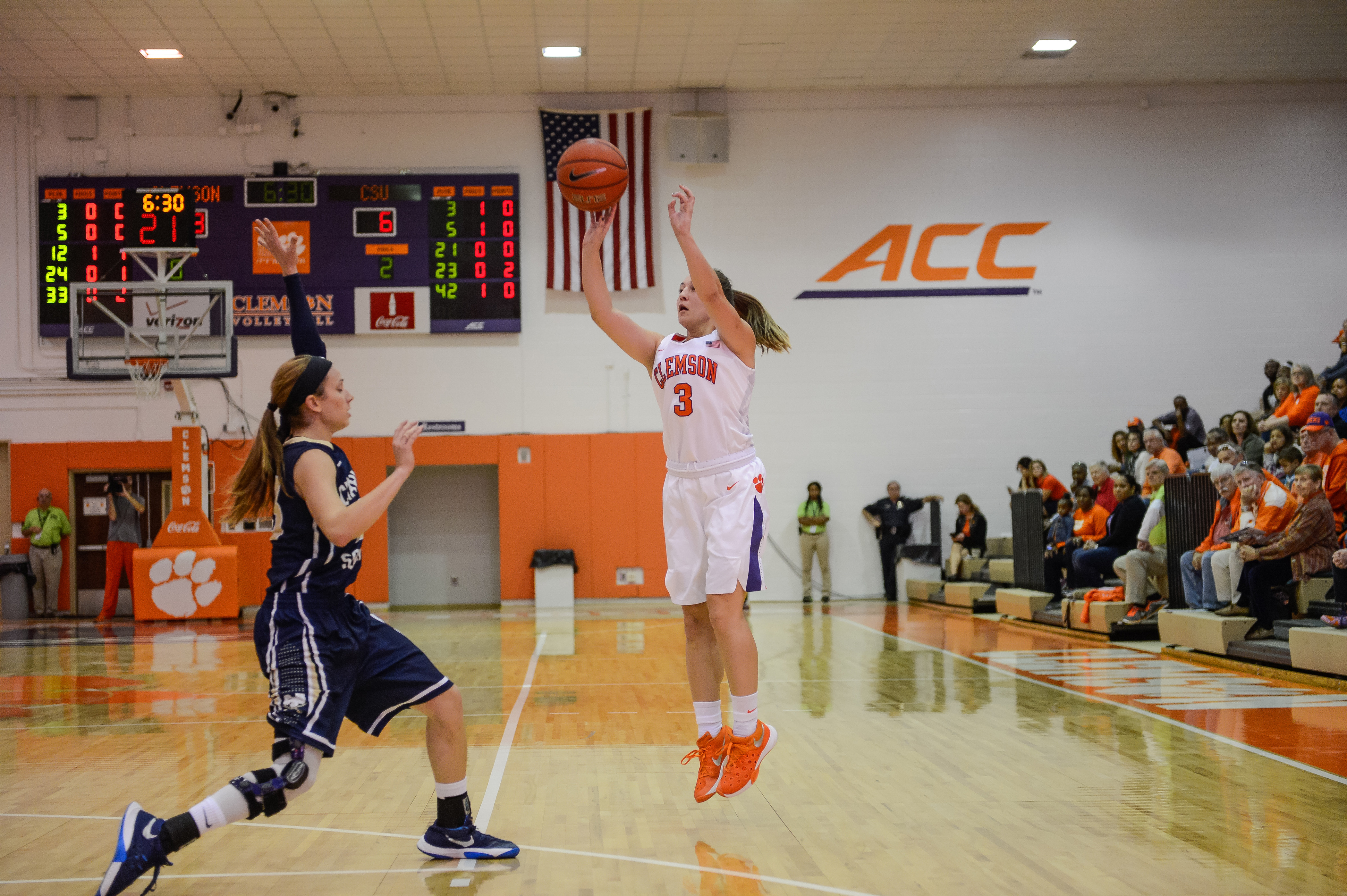 Tigers Fall Despite Second Half Effort

GREENVILLE, S.C. – Despite a strong second half effort from the Tigers, Furman (3-1) defeated Clemson (1-3) by a final score of 70-49 in Timmons Arena on Saturday night. Victoria Cardaci scored a career-high 15 points for Clemson and Danielle Edwards added a near triple-double with 13 points, 10 rebounds and eight assists.

“Victoria Cardaci is giving us everything she has and I’m telling her to keep shooting. 15 points for her in 30 minutes, that’s phenomenal. And Danielle Edwards is a freshman point guard trying to lead this team and her numbers were great in the 39 minutes she played,” Head Coach Audra Smith said.

Furman got off to a very quick start, outscoring Clemson 19-7 in the first quarter. Aliyah Collier scored four of her six points in the first period alone to lead the Tigers. The Paladins did not slow down offensively in the second quarter and led at the half, 46-18. Furman knocked down six threes in the first half.

Clemson countered in the second half, outscoring Furman 31-24 after halftime and 17-7 in the fourth quarter. The Tigers were much improved following intermission, as Cardaci, Edwards and Paige Mosley combined to score 27 of the Tigers’ 31 second-half points. Clemson also took better care of the ball in the final two quarters, only turning the ball over six times.

“We played with a lot of energy in the third and then in the fourth, we were able to outscore them. We have to start the game off with that kind of fight. But we’re excited about our trip to Oregon and Orlando and hopefully we can continue to get better.”