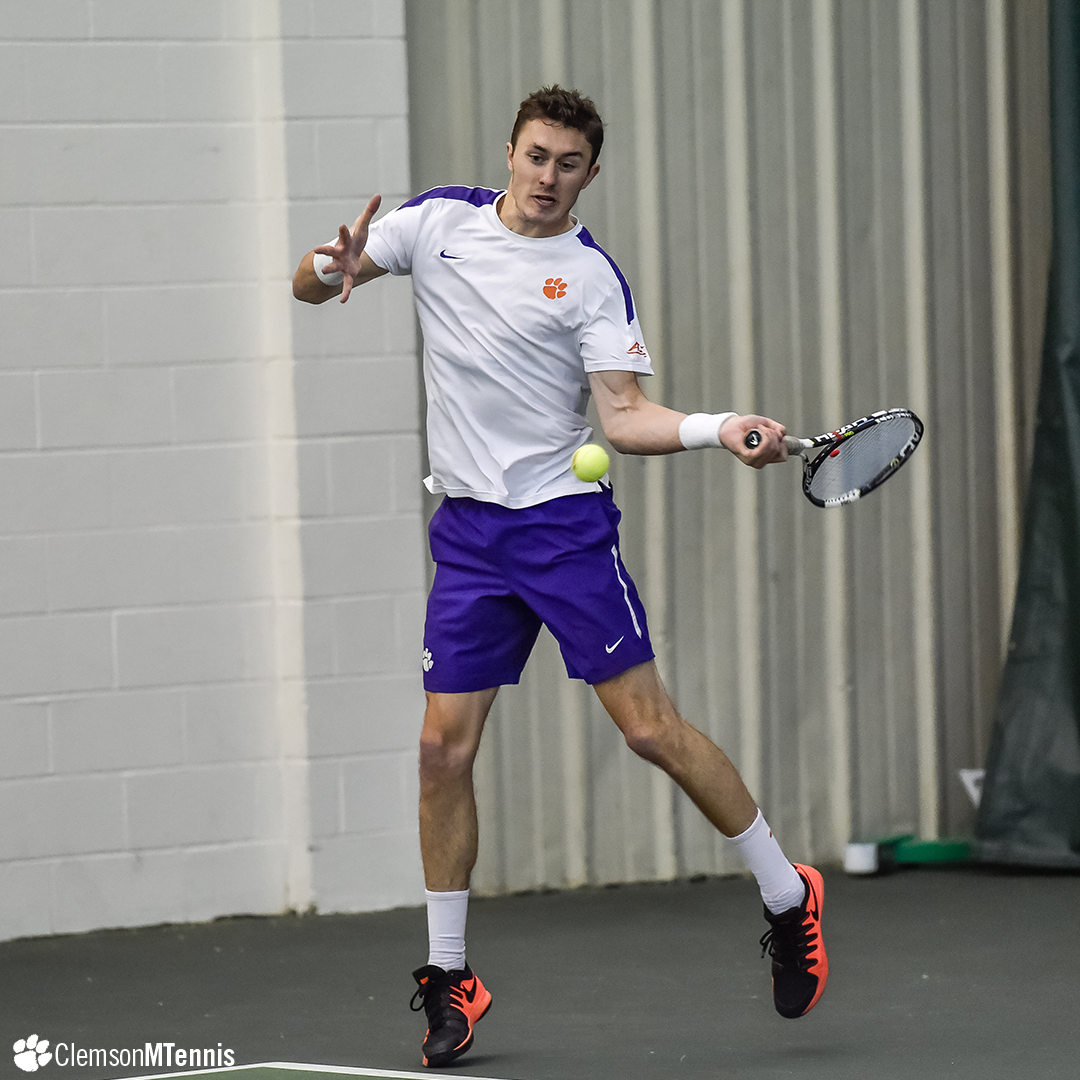 Tigers Fall at No. 28 Florida State

The Seminoles took the doubles point over the Tigers with wins on courts one and two. Junior Sam Edwards and senior Daffra Sanon played at No. 1 for the second time this year but fell short to 69th-ranked doubles team, 6-3. Junior Alex Favrot and Senior Robert Dudley played together for the first time this year and fell to the 77th-ranked doubles team, 6-3 to clinch the point.

Florida State took a 2-0 lead with a win at No. 2 when 95th-ranked Guy Iradukunda defeated Sanon, 6-2, 6-2. The Seminoles pushed their lead to 3-0 with a straight set win at No. 3, 6-1, 6-4. The clinching match came at No. 6 where Bhullar defeated Pinazo, 6-4, 6-4. Freshman Carlos Kelaidis forced a third set tiebreak to give the Tigers their lone point of the match.

Clemson returns to the courts next Friday, March 24 against the defending ACC Champions and current No. 1 team in the country, Wake Forest. The match is set to begin at 5 p.m. at the Hoke Sloan Tennis Complex in Clemson, S.C.