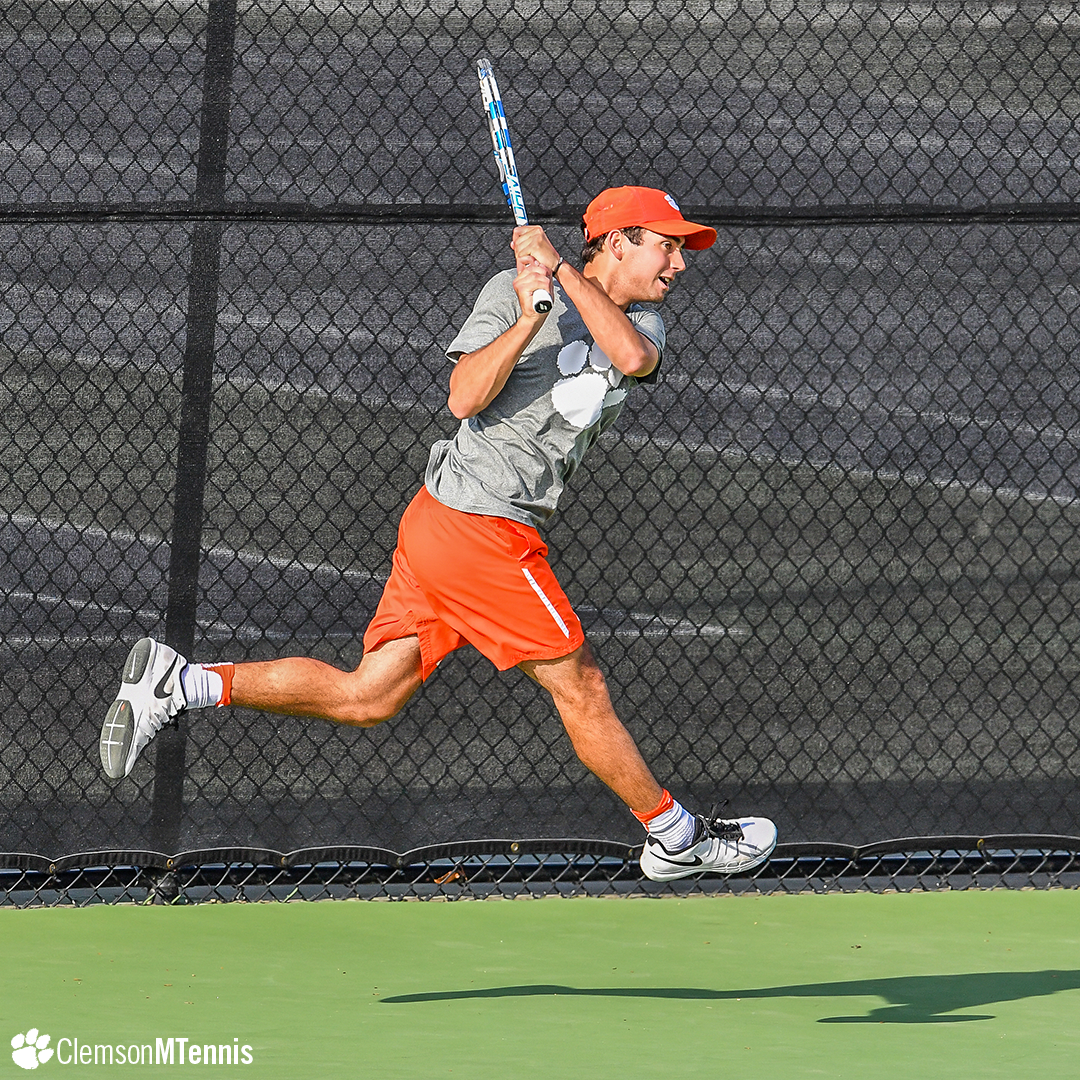 Tigers Fall at Back to Back National Champion Virginia

In doubles play No. 3 Virginia won on courts two and three to clinch the point over the Tigers. Seniors Daffra Sanon and Sam Edwards stormed back on court one against the No. 25 doubles team in the nation to level the score at five all and were leading 15-0 before the match was halted due to the clinch.

The Cavaliers won in straight sets on courts five, one and three in that respective order to clinch the match. Senior Brent Lett battled in the second set on court six but fell 7-5 and Virginia extended their lead to 5-0 over the Tigers. The Cavaliers completed the sweep with straight-set wins on two and four as well.

Clemson returns to the courts Friday, April 7 against North Carolina at 1 p.m. and Duke on Sunday, April 9 at 12 p.m. Both matches are set to be played at The Hoke Sloan Tennis Center in Clemson, S.C.