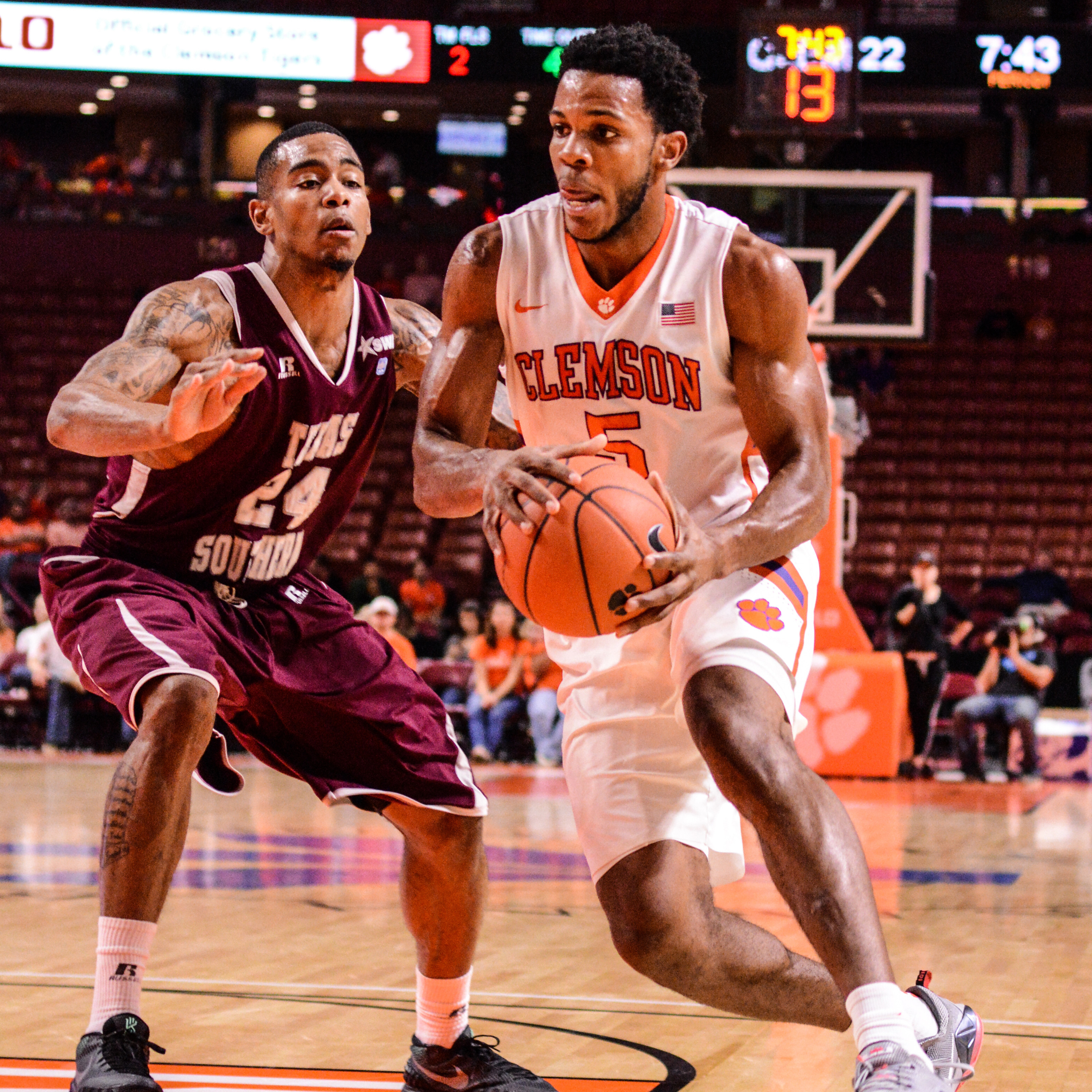 • Clemson defeated UTSA and Texas Southern at home as part of the Men Who Speak Up Main Event. The Tigers now face UMass in the heavyweight bracket on Monday.

• The Tigers last faced the Minutemen in the 2013 Charleston Classic; UMass defeated Clemson to claim the tournament final, 62-56.

• The winner of Monday’s game faces the winner of Creighton vs. Rutgers for the tournament championship on Wednesday.

• This is the Tiger program’s first trip to Las Vegas for basketball since the 1983-84 season, when Clemson played at UNLV and two days later played Marshall in a neutral site game.

• Clemson’s starting backcourt of Avry Holmes and Roper enter the event with a combined 28-to-3 assist-to-turnover ratio. Roper has just one against 16 assists, and has led the Tigers in helpers all three games this season.

• Roper is set to play his 100th career game Monday against the Minutemen.

• Jaron Blossomgame is coming off a season-high 22 points against Texas Southern; he tied a career-best with nine field goals.

• Sidy Djitte posted his first career double-double last time out; he did it with career high totals for both points (13) and rebounds (11).