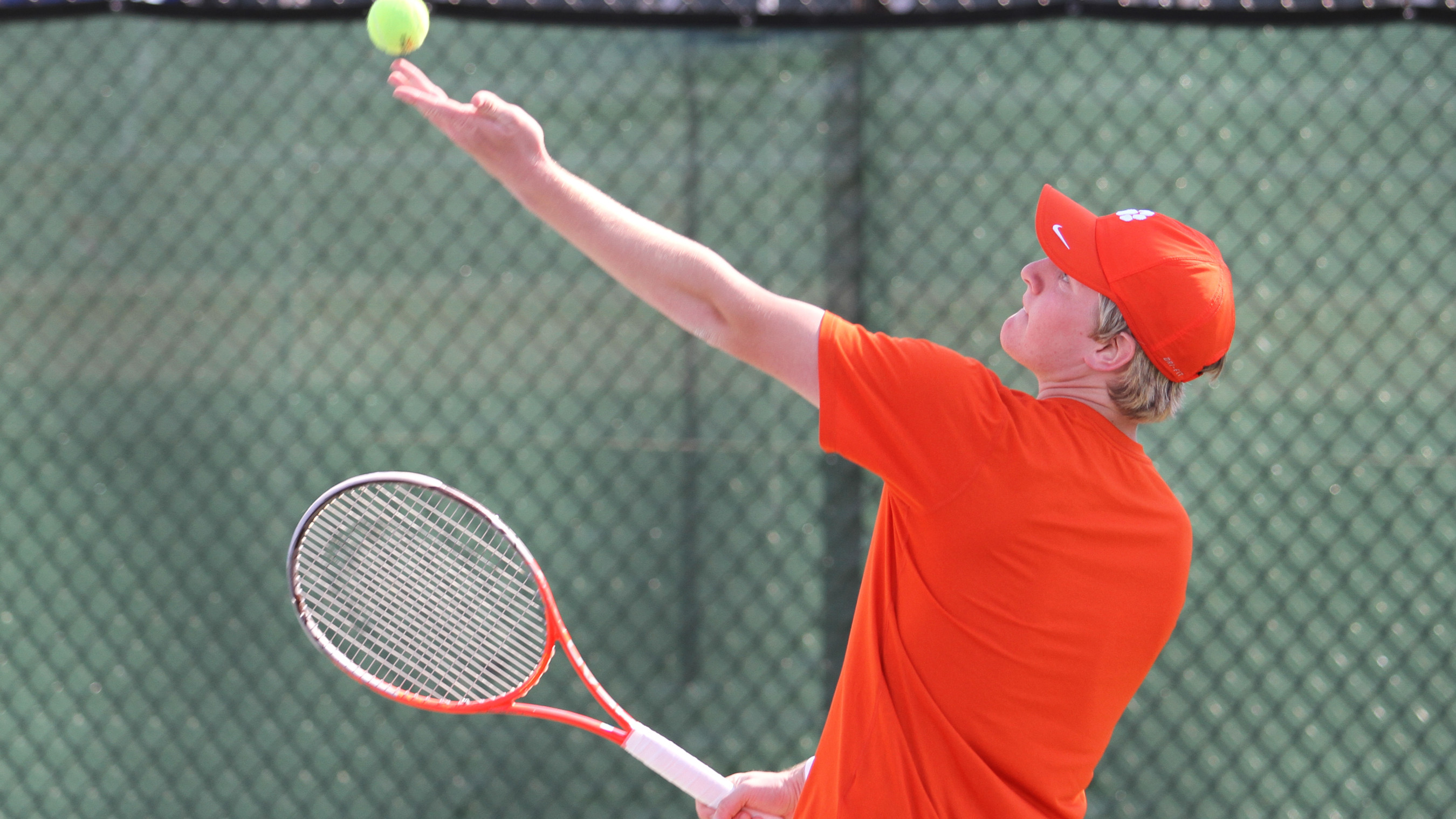 Tigers Face Two Top-13 Opponents on the Road this Weekend

CLEMSON, S.C. – The Tigers head to the state of North Carolina this weekend to face two opponents ranked in the top 13 nationally. The team faces #13 Duke Friday at 12 p.m. in Durham and #8 North Carolina Sunday at 11 a.m. in Chapel Hill.

Clemson is 18-5 (5-3 ACC) following a 5-2 victory over #38 Virginia Tech and a 4-3 loss to #4 Virginia. Senior Dominique Maden is coming off a big week as he defeated two ranked opponents in singles, earned ACC Player of the Week honors and entered the ITA rankings for the first time in his career at #99. Junior Hunter Harrington upset the 19th-ranked singles player in the nation last week and jumped from #82 to #56 in the ITA singles rankings.

The Blue Devils are 14-5 (6-1 ACC) and have won four straight matches, most recently defeating Miami and Florida State on the road last weekend. Duke has a 39-32 advantage in the series against Clemson and a 17-12 record in matches played in Durham. North Carolina is 20-3 (7-1 ACC) and is in the midst of a five-match winning streak with road wins over Florida State and Miami last weekend. The Tar Heels lead the series with a 48-27 all-time record against the Tigers and a 26-5 mark in matches played in Chapel Hill.