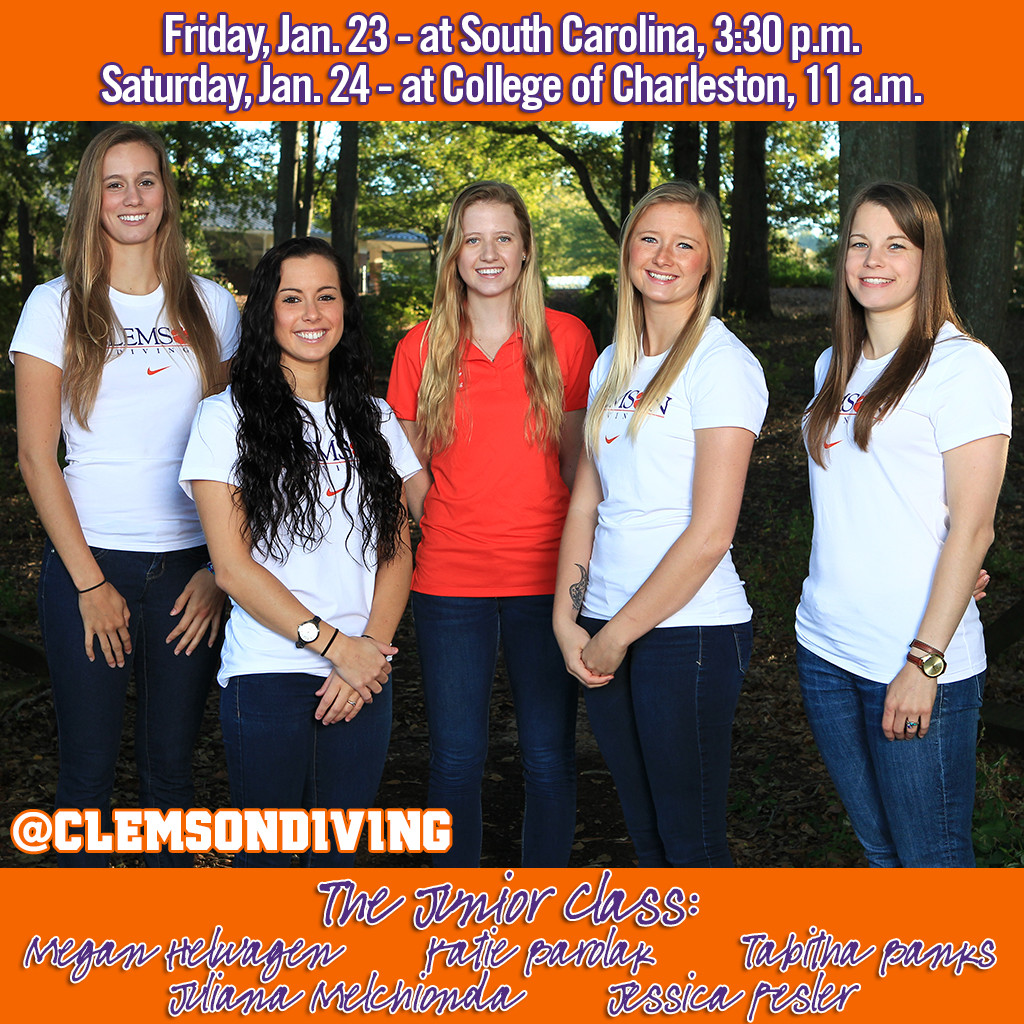 On Friday afternoon, the Tigers travel to Columbia to battle the Gamecocks. Last season, the Palmetto State rivals met in Greensboro, N.C. The Tigers defeated the Gamecocks 25-13 fueled behind Chelsea Uranaka’s first-place finish in the three-meter and Juliana Melchionda’s second-place result in the one-meter. Jessica Resler and Megan Helwagen placed third and fourth, respectively, in the one-meter event for the Tigers.

So far in 2014-15, Helwagen and freshman Hannah Donovan have qualified for the 2015 NCAA Zone B Diving Championships in both the one-meter and three-meter events, while Sarah Braun and Danielle Reitsma have qualified in the one-meter. Jessica Doolittle has already posted a zone qualifying score in the platform event.