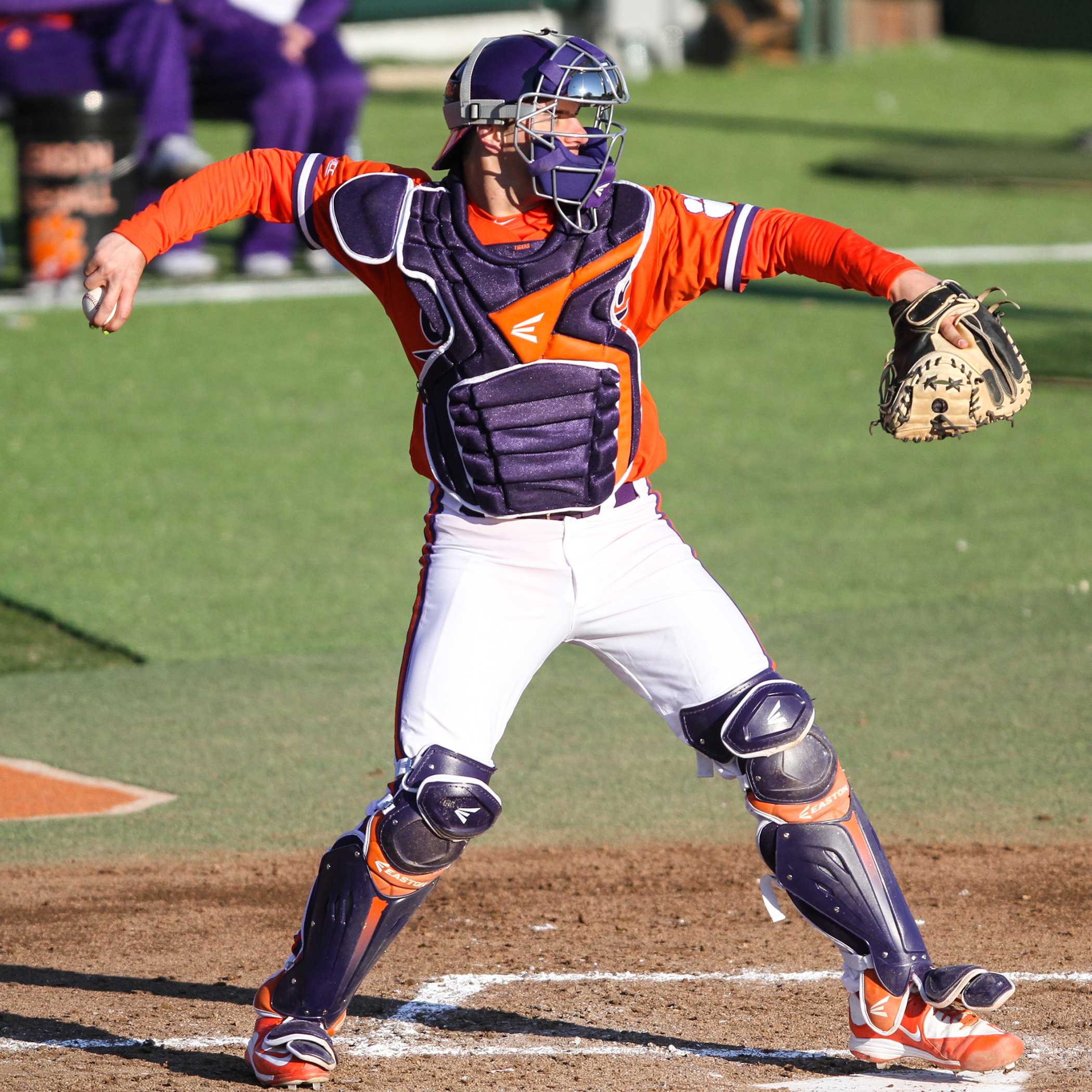 The Tigers and Gamecocks renew their annual rivalry at three different sites this weekend.

FAN FEST & TIGER WALK ON SATURDAY• Fan Fest, which opens Saturday at 10 a.m., is on Field Street outside of Fluor Field.• Food, drinks, family-friendly activities and all things Clemson can be found at Fan Fest.• Orange shakers, koozies and Clemson pennants will be available for free at the Clemson booth.• Other events include a pep rally with the Cheer Squad and Tiger mascot as well as Palmetto Bowl and Russell Athletic Bowl trophy displays.• The team bus arrives on Field Street near the stage and ticket booth at approximately 11:15 a.m., followed by a Tiger Walk into the stadium.

CLEMSON OVERVIEW• Clemson has won four games in a row, including an 11-5 win at home over Wofford on Wednesday afternoon.• The Tigers are averaging 5.9 runs per game and hitting .302 with a .380 on-base percentage and 10 steals.• The pitching staff has a 1.72 ERA, .202 opponents’ batting average and 4.50 strikeout-to-walk ratio and Clemson is fielding .961.

SOUTH CAROLINA OVERVIEW• South Carolina is led by third-year Head Coach Chad Holbrook.• The Gamecocks swept Northeastern in three games last weekend. They are hitting .306 and have a 2.29 ERA and .982 fielding percentage.• Elliott Caldwell is hitting .467, Alex Destino is batting .458 with two homers and Gene Cone is hitting .407 with one home run.

QUICK HITS• Of Clemson’s 35 players on its active roster, 17 are from the state of South Carolina.• Clemson junior righthander Clate Schmidt’s brother, Clarke, is a freshman righthander on the South Carolina team.• Tyler Krieger and Weston Wilson have hit safely in all seven games this season.

SLATON LEADING OFF SLATE• Senior outfielder Tyler Slaton has served as a leadoff batter in past seasons, but this year, he has excelled at a new level.• In just seven games, he has 11 walks and one hit-by-pitch, good for a .559 on-base percentage.• He is also hitting .318 with a team-high 10 runs, one double, one triple, two RBIs and three steals.• In his career, he is hitting .263 with 88 walks, a .388 on-base percentage, 26 steals and 12 outfield assists in 174 games (130 starts).