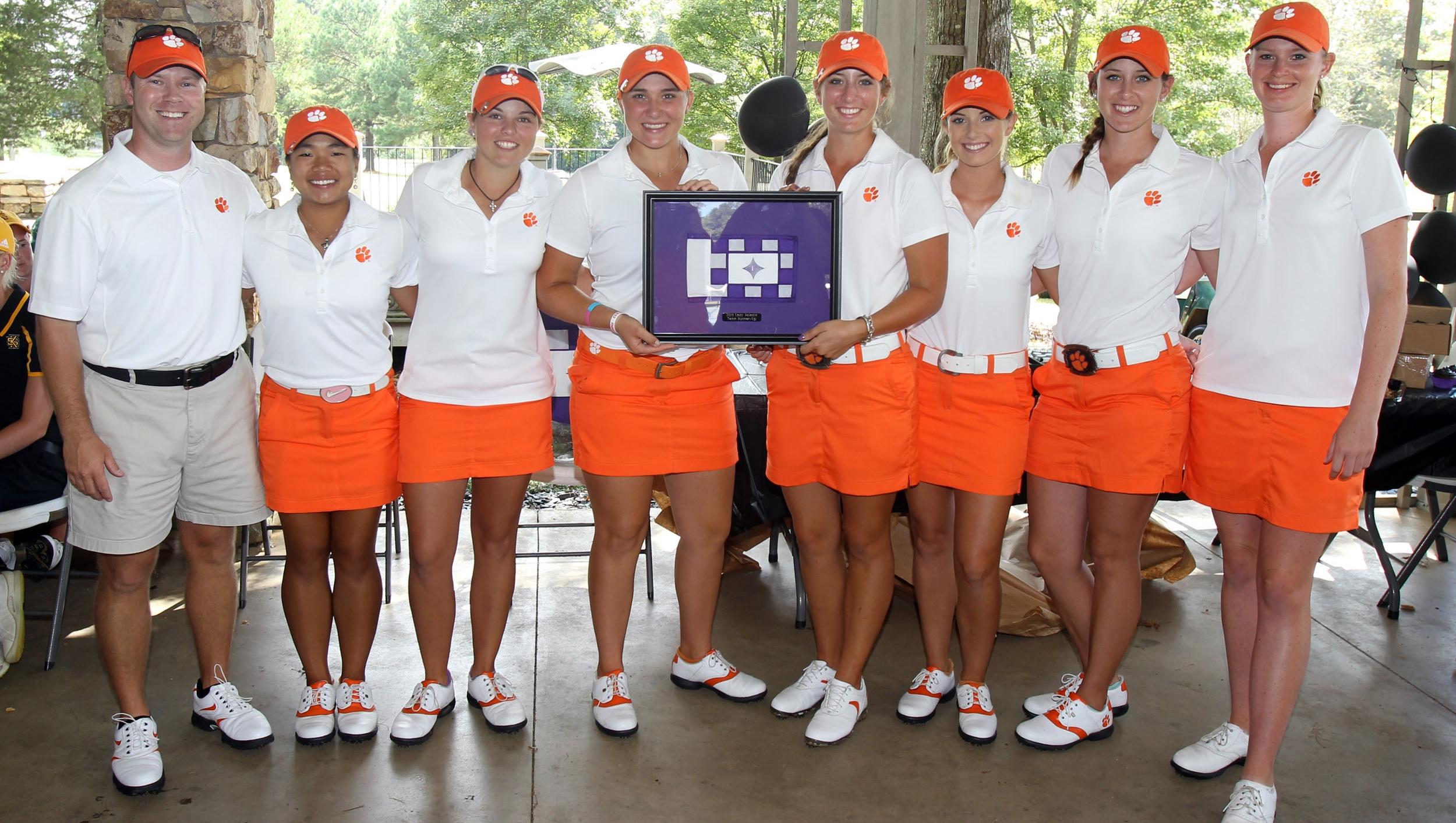 Tigers Face Off in ACC Championship

CLEMSON, S.C. – J.T. Horton‘s Clemson team will compete in its first ACC Championship April 17-19th in Greensboro, N.C.. The three-day, 54-hole event will take place at Sedgefield Country Club and will feature the 11 teams from the league that sponsor women’s golf. Six of the 11 are ranked in the top 25 in the latest Golfstat rankings.

Sedgefield is the home of the PGA Tour’s Wyndham Championship each August. It plays to a par 70 for the PGA event, but will be a par 71 for the ACC Women’s Championship.

The Tigers are ranked 12th in the Golfstat computer poll, 14th in the Golf World Coaches poll, and 17th by Golfweek. They enter the tournament having finished sixth or better in all nine of their regular season events.

Duke enters as the top seed for the 26th annual ACC Championship. The Blue Devils have won 18 ACC Championships over the years including each of the last two championships, both at Sedgefield. Clemson is the second seed and Wake Forest is the third seed. The three teams will tee off together in Thursday’s opening round, with tee times from 10:30-11:10 a.m.

Ashlan Ramsey, ranked as the number-one amateur in the world by Golfweek, leads the team with a 72.15 stroke average and six top 10 individual finishes. She is ranked 18th in the nation by Golfstat and 21st by Sagarin. She has two tournament victories, at the Cougar Classic and at the Lady Paladin Invitational back in the fall. She finished second at the Bryan National Collegiate last month, Clemson’s last tournament outing.

For fans wishing to attend the tournament, which is free of charge, the address for Sedgefield Country Club is 5700 Cardinal Way, Greensboro, N.C. 27410.