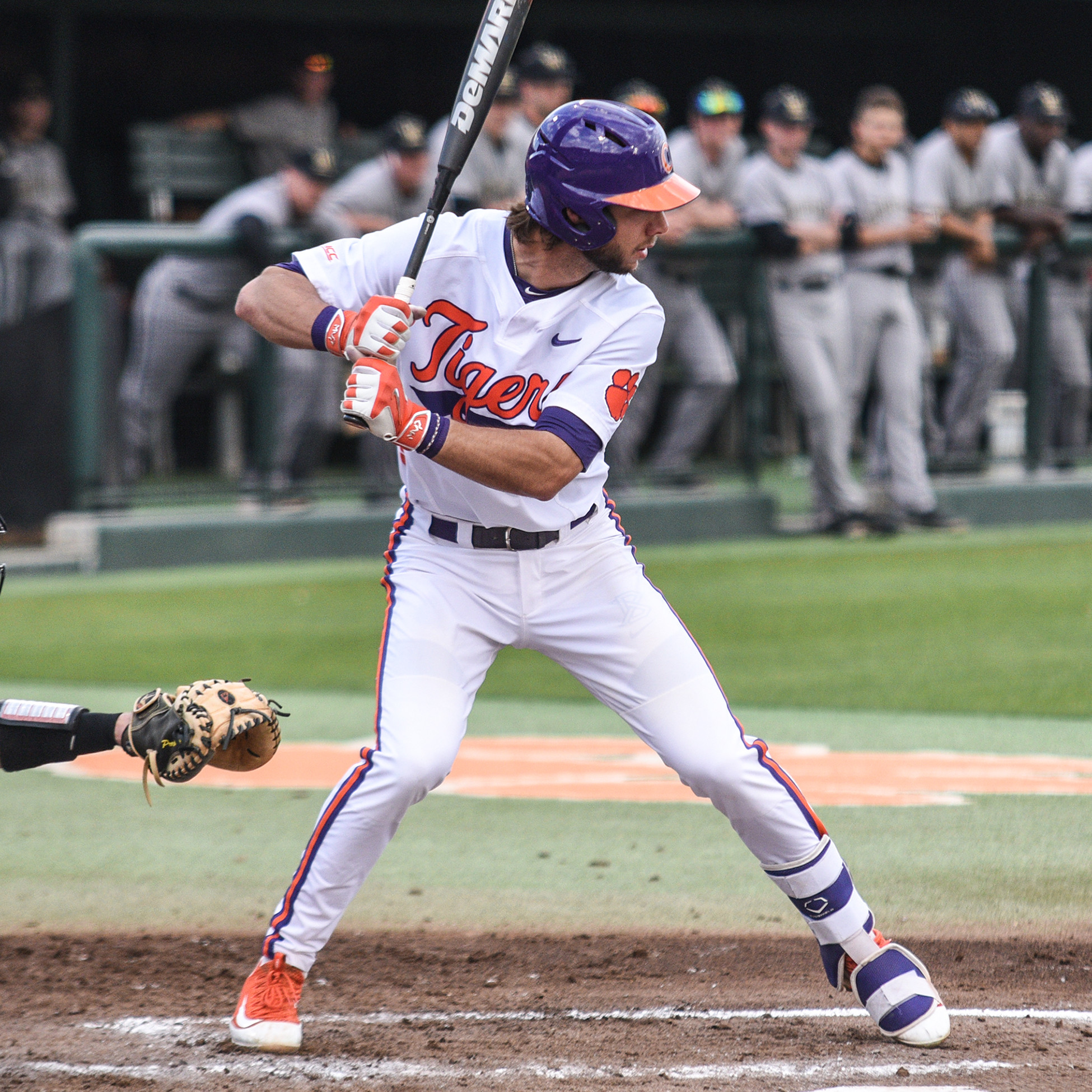 The Tigers and Gamecocks renew their annual rivalry at three different sites this weekend. Clemson is the designated home team on Saturday.

REEDY RIVER RIVALRY TAILGATE PARTY• The Reedy River Rivalry Tailgate Party, which opens Saturday at 11 a.m., is on Field Street at Fluor Field.• Music, food, drinks, family-friendly activities and all things Clemson will be at the tailgate party until 2 p.m.• The Clemson station features a drawing for a premium gift, schedule cards, posters, IPTAY information, interactive games and giveaways.

CLEMSON OVERVIEW• Clemson, who has won six games in a row by a combined score of 62-10, blanked Wofford 7-0 on Tuesday at Doug Kingsmore Stadium.• The Tigers are averaging 9.3 runs per game and hitting .324 with a .428 on-base percentage and nine steals.• The pitching staff has a 1.86 ERA, .206 opponents’ batting average and 2.96 strikeout-to-walk ratio and Clemson is fielding .977.

SOUTH CAROLINA OVERVIEW• South Carolina is led by fourth-year head coach Chad Holbrook.• The Gamecocks defeated The Citadel 6-3 on the road on Tuesday. They are hitting .341 and have a 1.67 ERA and .975 fielding percentage.• John Jones is hitting a team-high .581 with three homers, 19 RBIs, 12 runs and a .690 on-base percentage.

BULLPEN STRONG• Clemson’s bullpen has gotten off to a strong start, as it has only allowed two runs (0.64 ERA) in 28.0 innings pitched in seven games.• One of the two runs allowed came in the season opener versus Maine when a routine two-out flyball was lost in the evening sky (ruled a hit).• The bullpen (nine Tigers) has also given up just 13 hits (.135 opponents’ batting average) and nine walks with 37 strikeouts.• Pat Krall has pitched 5.0 scoreless innings of two-hit ball with 10 strikeouts in two relief appearances.• Brooks Crawford (3.2 innings pitched) and Alex Bostic (3.0 innings pitched) have not allowed a hit or run.• Alex Eubanks, who gave up the run against Maine, has allowed just four hits, one run and one walk with 12 strikeouts in 9.1 innings pitched.