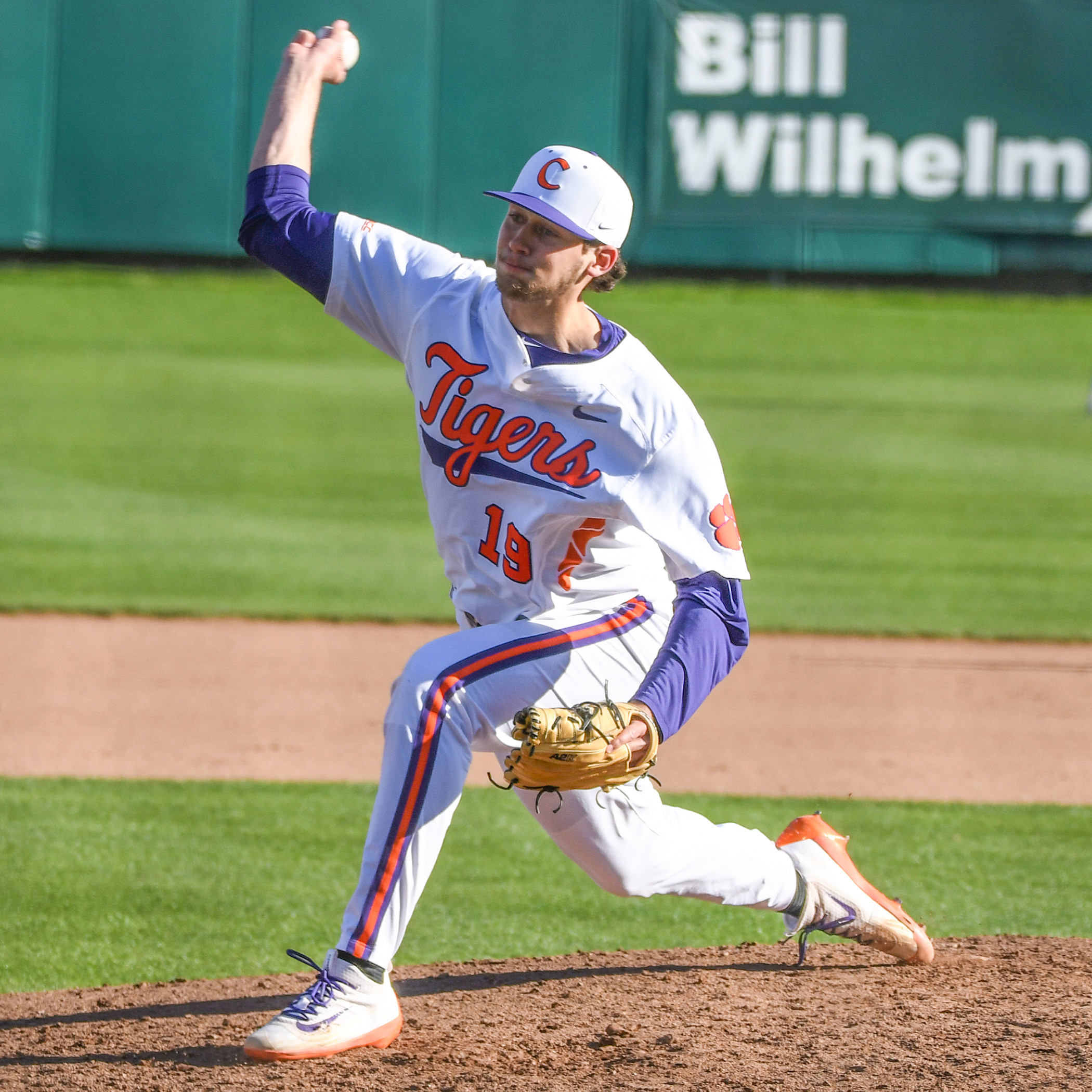 After five days off for final exams, Clemson hosts Nevada in a three-game series from Saturday to Monday.

CLEMSON OVERVIEW• The Tigers were swept in three games at No. 3 North Carolina by a combined six runs last weekend.• The Tigers are averaging 6.3 runs per game and hitting .282 with a .383 on-base percentage and 41 steals.• The pitching staff has a 3.11 ERA, .245 opponents’ batting average and 3.89 strikeout-to-walk ratio and Clemson is fielding .970.

NEVADA OVERVIEW• Nevada is led by second-year head coach T.J. Bruce.• The Wolf Pack defeated Sacramento State 6-5 on the road on Tuesday. They are hitting .271 and have a 5.85 ERA and .970 fielding percentage.• Grant Fennell is hitting .326, while Keaton Smith is batting .310 with four homers and 20 RBIs.

TIGERS RECOGNIZED FOR APR SCORE• Baseball was one of six Tiger programs in the top-10 percent of their sport nationally in the eligibility, graduation and retention metric.• It was the first time the Clemson baseball program was lauded by the NCAA for its APR.• Clemson was the only ACC institution to earn recognition for baseball.