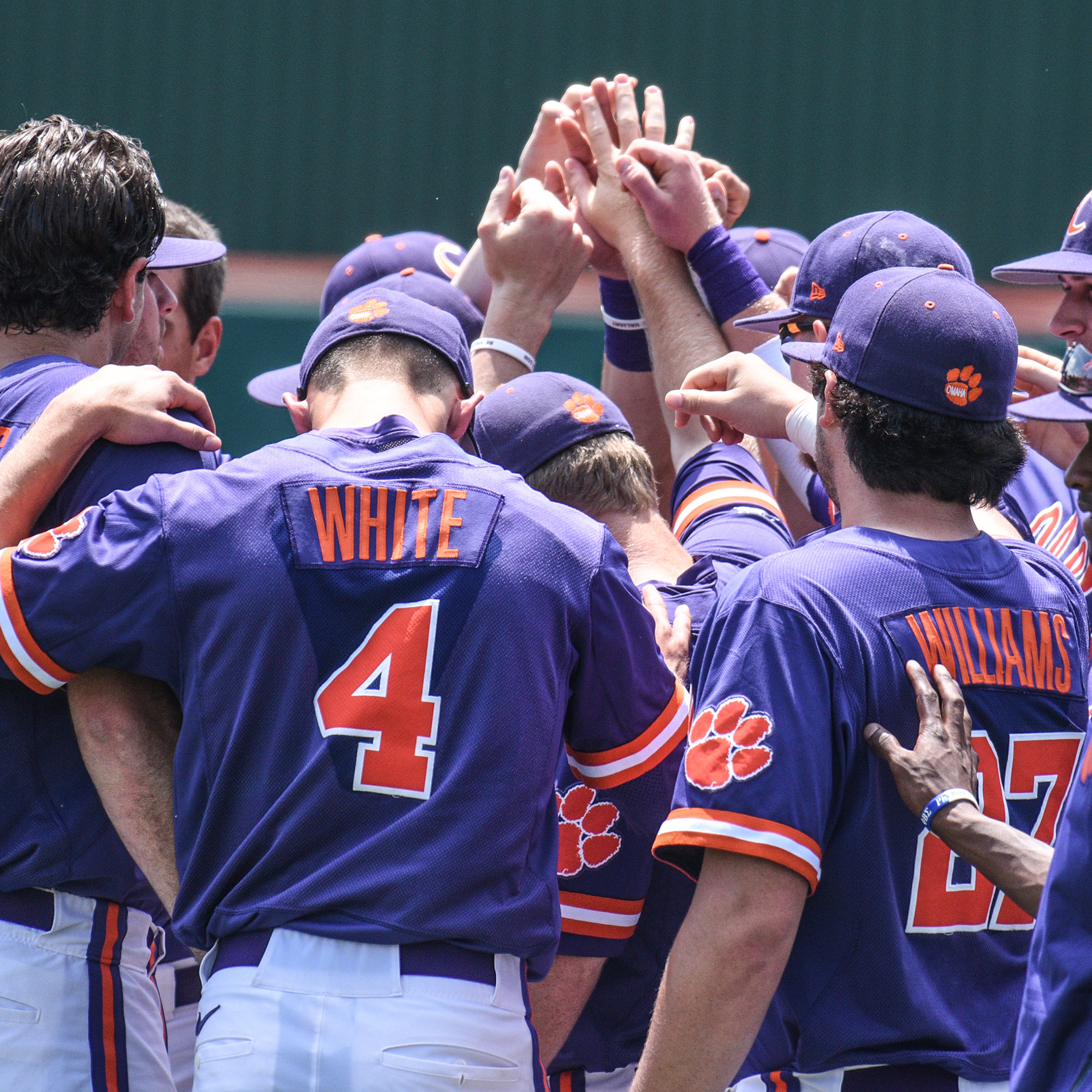 Tigers Face ND on the Road

The Tigers conclude the regular season with a three-game series at Notre Dame from Thursday to Saturday.

CLEMSON OVERVIEW• Clemson edged Charleston Southern 3-2 on Tuesday night after beating Georgia Southern twice in three games on the road last weekend.• The Tigers are averaging 6.9 runs per game and hitting .275 with a .386 on-base percentage and 50 steals.• The pitching staff has a 4.41 ERA, .265 opponents’ batting average and 2.13 strikeout-to-walk ratio and Clemson is fielding .961.

NOTRE DAME OVERVIEW• Notre Dame is led by sixth-year head coach Mik Aoki.• The Fighting Irish won one of three at North Carolina last weekend. They are hitting .263 and have a 4.22 ERA and .978 fielding percentage.• Cavan Biggio is hitting .315 with four homers, 28 RBIs and 14 steals, while Zak Kutsulis is batting .313 with 11 steals.

QUICK HITS• If Clemson plays all three games at Notre Dame, it will mark the 15th straight year the Tigers play a full 56-game, regular-season schedule.• Clemson has the third-best overall winning percentage (66.0) in the ACC, trailing only Louisville and Miami (Fla.).• Clemson’s 22-4 record in non-conference games was its best mark since 2011, when it also had a 22-4 record in non-conference games.

WILLIAMS ADDING POWER• Sophomore infielder and catcher Chris Williams has seen action at first base, third base and catcher, and has added a power dimension.• He is batting .238 with five homers, four doubles, one triple, 27 RBIs, 23 runs and two steals in 46 games (41 starts).• He has started 36 games at first base and five games at third base.• He hit two three-run homers in the Georgia Southern series from May 13-15 and has hit three home runs in the last eight games.