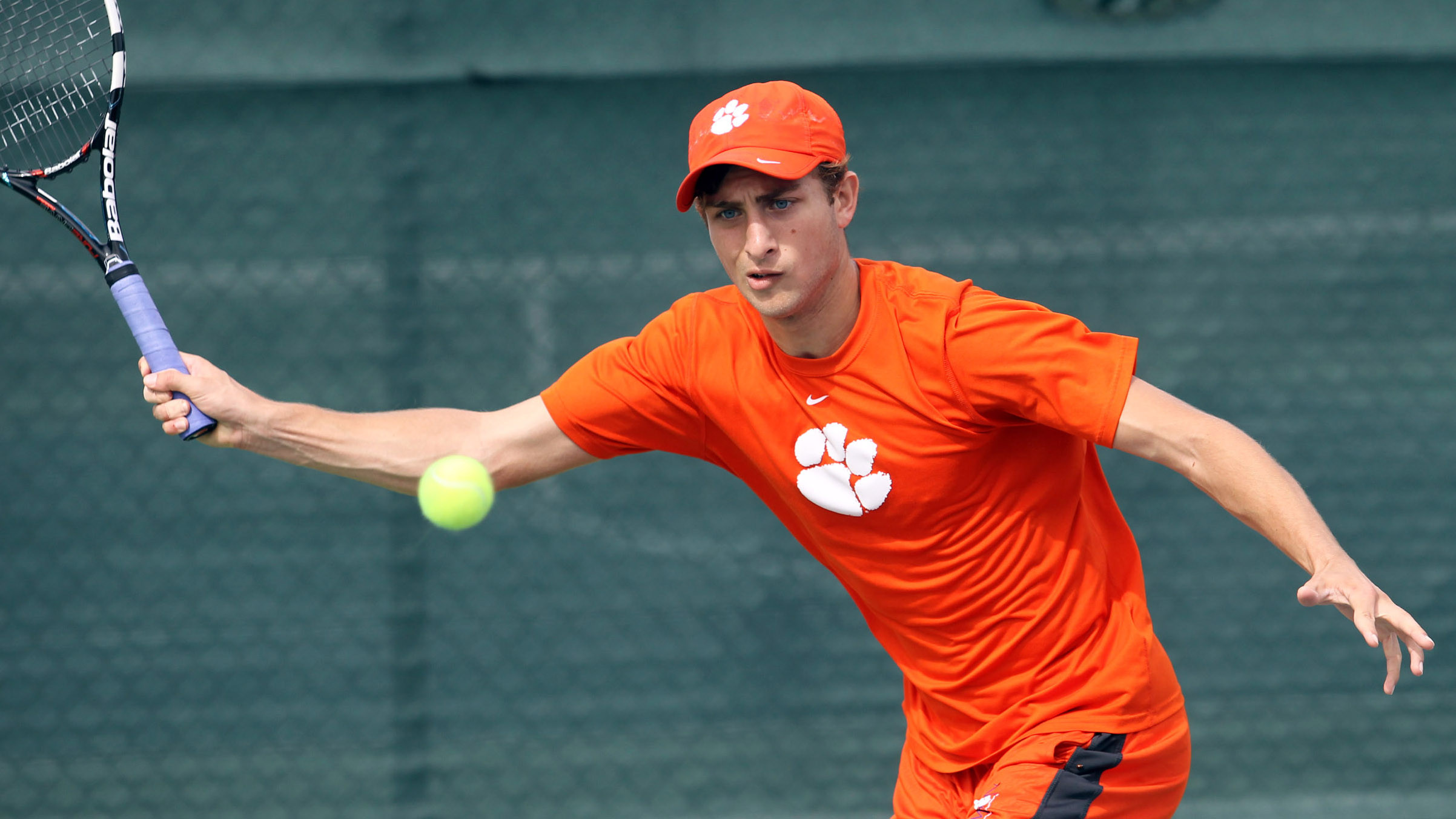 CLEMSON, S.C. – Following a streak of five-straight home matches the 22nd-ranked Tigers travel to the state of North Carolina this weekend to face #43 NC State and #25 Wake Forest. Clemson meets the Wolfpack on Saturday at 12 p.m. in Raleigh and the Demon Deacons on Sunday at 1 p.m. in Winston-Salem.

The Tigers are 16-3 overall and 3-1 in ACC play following a 5-2 loss to #10 Notre Dame and a 7-0 win over Boston College last weekend. The doubles team of Hunter Harrington and Dominique Maden posted an 8-3 victory over the Irish’s 18th-ranked doubles team on Friday and reentered the ITA Doubles Rankings at #25, as announced by the association on Tuesday.

The Wolfpack are 11-6 overall (0-4 ACC) after falling to Florida State 4-3 and Miami 4-3 on the road last weekend. Clemson holds a 51-12 all-time advantage over NC State, including a 22-9 mark in matches played in Raleigh. Wake Forest is 9-7 overall (0-3 ACC) after dropping 4-3 decisions to Miami and Florida State last weekend on the road. The Tigers have a 43-28 record in the series against the Demon Deacons and 18-15 in contests played in Winston-Salem.