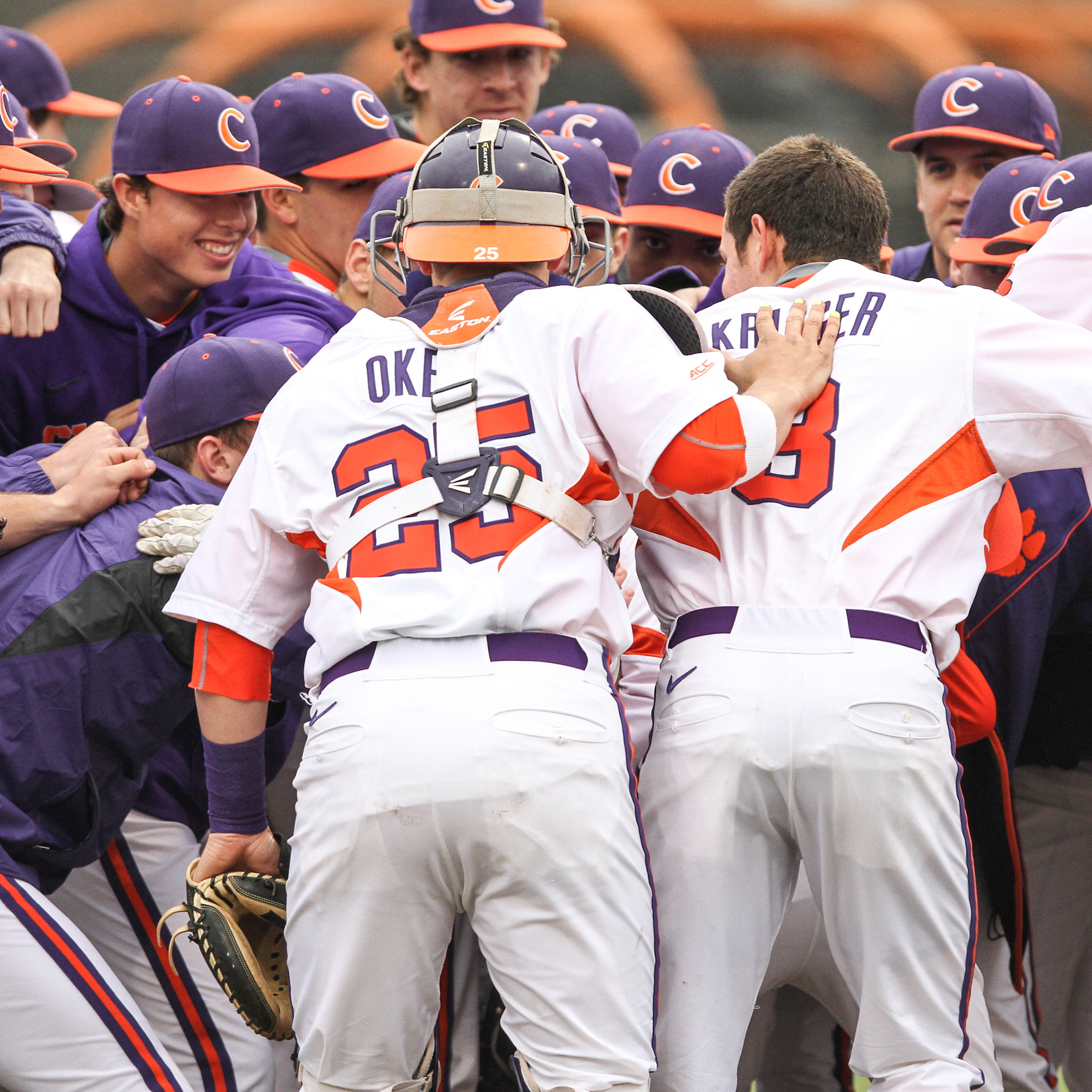 The Tigers play at Fluor Field for the second time this season to face Michigan State.

CLEMSON OVERVIEW• Clemson is coming off one win in three games at NC State last weekend.• The Tigers are averaging 5.6 runs per game and hitting .291 with a .374 on-base percentage and 13 stolen bases.• The pitching staff has a 3.59 ERA, .236 opponents’ batting average and 3.03 strikeout-to-walk ratio and Clemson is fielding .968.

MICHIGAN STATE OVERVIEW• Michigan State is led by seventh-year Head Coach Jake Boss.• The Spartans won three games in the Coastal Carolina Invitational. They are hitting .236 and have a 3.56 ERA and .974 fielding percentage.• Chad Roskelly is hitting .355 with two homers and seven RBIs, while Mark Weist is batting .333 with three steals.

QUICK HITS• For the first time since 1991, Clemson is playing 14 of its first 23 games away from home.• Clemson has not allowed a run in the sixth inning this season and is outscoring the opposition 22-5 in the seventh inning.• Clemson’s freshman batters (6) have combined to hit .345 this season, led by Reed Rohlman’s .400 batting average.

KOERNER BLANKS GAMECOCKS• Junior righty Brody Koerner pitched a four-hit shutout in Clemson’s 7-0 win at No. 8 South Carolina on March 2. He also struck out seven.• His performance enabled the Tigers to win the regular-season series over the Gamecocks for the first time since 2010.• He won the Bob Bradley Award as Clemson’s MVP of the three-game series.• He was the biggest reason South Carolina did not score a run in a home game for the first time since 1998.• He became the first Tiger to pitch a shutout in Columbia since 1968 (John Curtis).• On the season, he is 2-2 with a 3.97 ERA and .241 opponents’ batting average in 22.2 innings pitched over four starts.