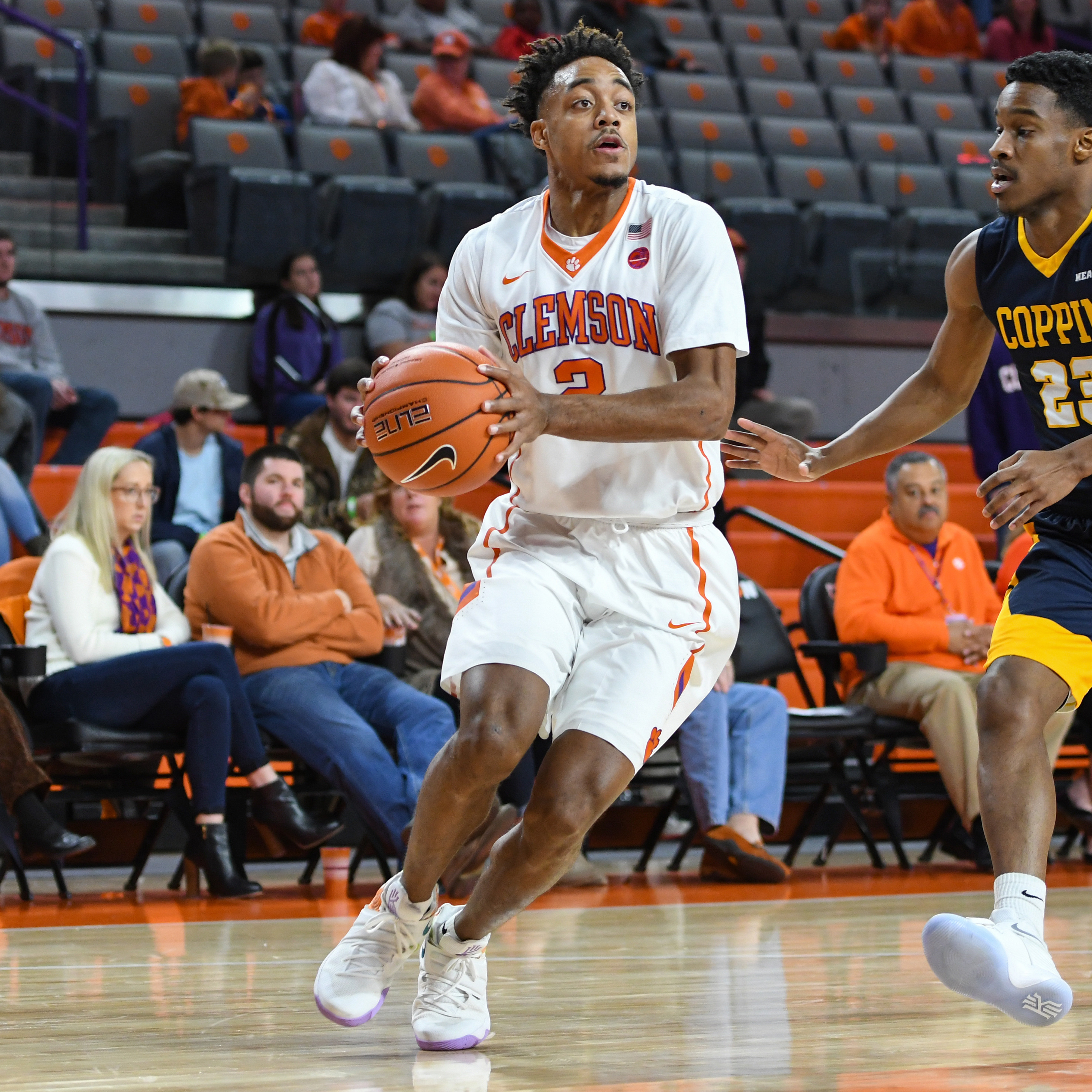 GAMEDAY SETUPCLEMSON (5-2) vs. MERCER (5-4)Date: Saturday, Dec. 10Tipoff: 4 p.m. ETArena: Littlejohn Coliseum (9,000)Radio: CTSN (Tony Castricone-pbp; Tim Bourret-color)Web: ACC Network Extra (Don Munson-pbp; Bob Mihalic-color)• Clemson returns to action following final exams to take on Mercer. It is the first meeting between the two programs since 1994-95.• The Tiger offense has averaged 76.9 points per game, and has reached 74 or more points in five of the seven games. Clemson averaged 69.6 points per game a season ago.• Clemson has doubled its opponents from the free throw line (122-61). The Tigers have made 42 more free throws than their opponents have attempted on the young season. SERIES HISTORYCU Series W-L record: Clemson leads 6-4Streak: Clemson has won the last six meetingsTIGER TRACKS• Avry Holmes surpassed the 1,000-point mark of his career last time out against Coppin State. Holmes scored over 600 points his first two seasons at San Francisco, and has averaged double figures in 38 games as a Tiger.• Jaron Blossomgame produced his first double-double of the season against Coppin State, with 15 points and a season-best 11 rebounds. It was the Tiger senior’s 13th career double-double.• Shelton Mitchell reached double figures with 12 points in his first start as a Tiger. Mitchell hit six of eight field goal attempts against Coppin State.• Gabe DeVoe has posted nine or points in each of Clemson’s games so far this season, and is third on the team in scoring at 11.6 points per game. DeVoe started the Tigers’ first six games before Mitchell reassumed his role as the starting point guard.• Scott Spencer sustained a concussion in practice leading up to the Coppin State game and missed the contest with the Eagles. He returned to practice Friday, and is available against the Bears.