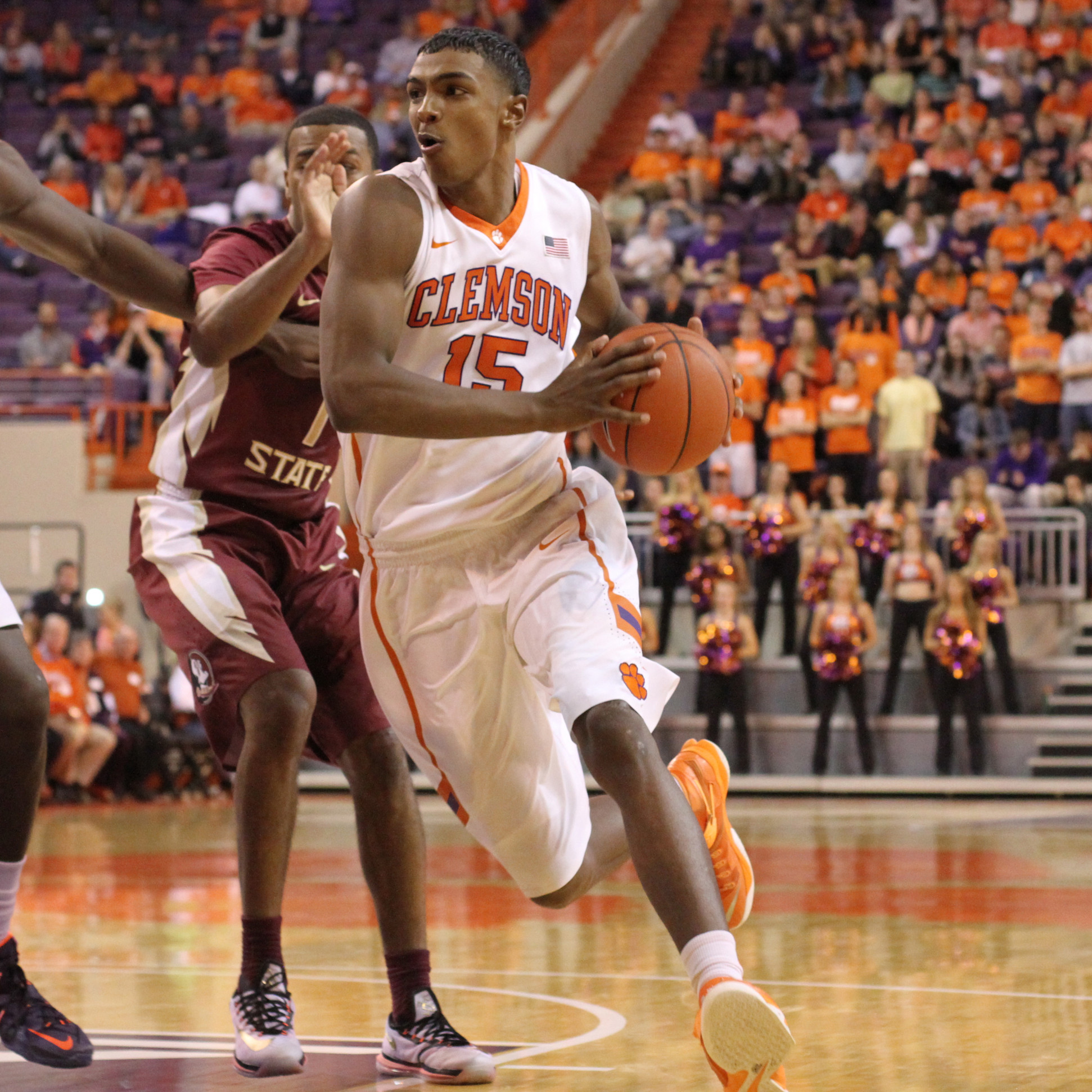 • Clemson and Florida State meet for the third time this season, and for the eighth time in ACC Tournament history. The Seminoles are Clemson’s most common tournament opponent since joining the ACC 24 seasons ago.

• The winner of Wednesday’s game takes on No. 1 seed Virginia.

• Clemson finished the regular season third in the ACC in overall scoring defense (61.7), fourth in blocks per game (4.8) and fifth in field goal percentage defense (.398).

• Jaron Blossomgame and Landry Nnoko are coming off arguably their top offensive performances in an ACC game at Notre Dame. Blossomgame posted 22 points, his ACC high, to go along with 10 rebounds. Nnoko matched his career highs for points (19) and field goals (7) in the loss, while adding a new high with seven offensive rebounds.

• Blossomgame’s 24 double-figure scoring games are the most by a Tiger sophomore since Terrence Oglesby also had 24 in 2008-09.

• Gabe DeVoe has made 10 of his 11 field goals this season in Clemson’s last four games. During the same stretch, he has averaged 12 minutes and 4.1 points per game off the bench.