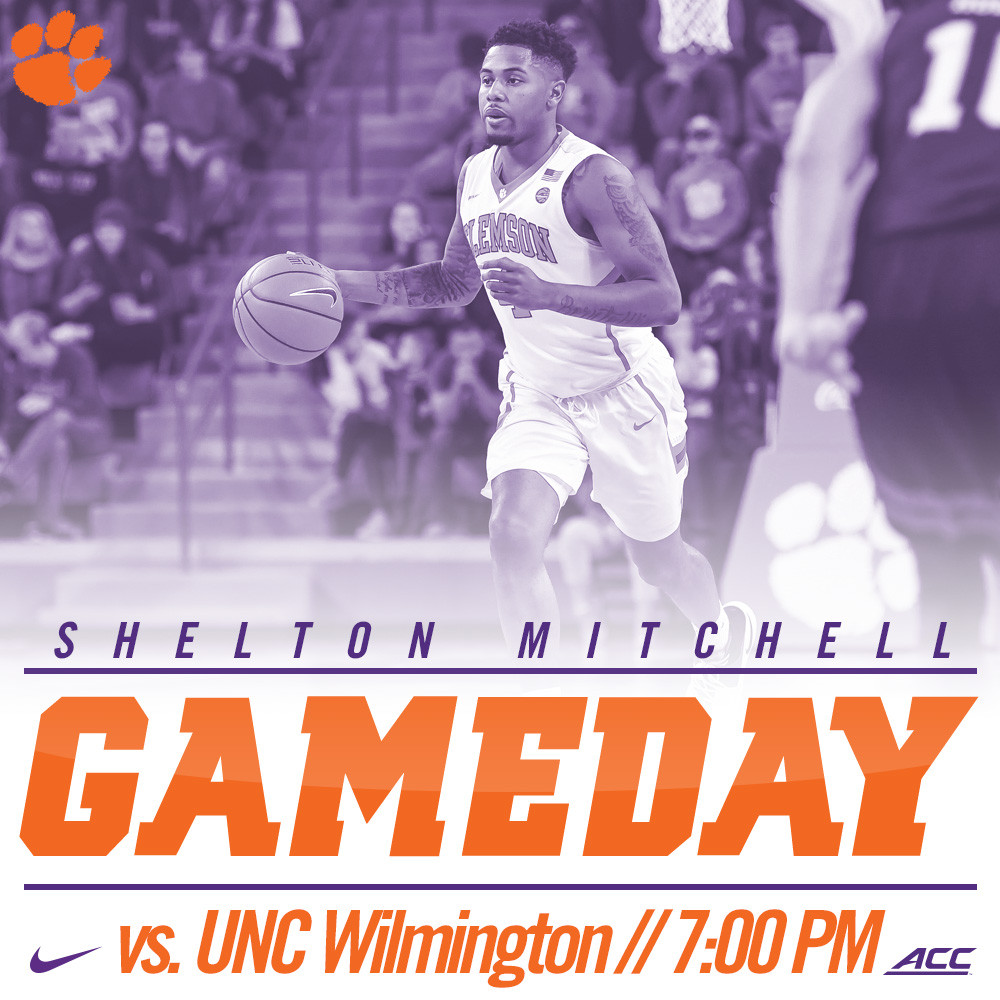 GAMEDAY MATCHUPCLEMSON (9-2) vs. UNC WILMINGTON (11-1)Date: Wednesday, Dec. 28Tipoff: 7 p.m. ETArena: Littlejohn Coliseum (9,000)Radio: CTSN (Tony Castricone-pbp; Philip Sikes-color)Web: ACCN Extra (Tony Castricone-pbp; Philip Sikes-color)• Clemson faces UNC Wilmington for only the second time in its history. The Tigers won the first matchup in 1997-98, when Brad Brownell was an assistant coach for the Seahawks.• Brownell got his head coaching start at Wilmington from 2002-06, compiling an 83-40 record with two NCAA Tourney berths in four years.• Clemson is coming off its first win in history over a ranked non-conference opponent on its home floor with a 62-60 victory at South Carolina on Dec. 21.SERIES HISTORYCU Series W-L record: Clemson leads 1-0Streak: Clemson leads 1-0TIGER TRACKS• Brownell spent 12 seasons at UNC Wilmington, eight as an assistant followed by four as the Seahawks’ head coach, from 1994-06.• Two other members of Clemson’s staff have ties to UNC Wilmington. Associate head coach Mike Winiecki was on the Seahawks staff alongside Brownell from 1998-02. Lucas McKay, Clemson’s director of operations, was a manager for Brownell from 2003-06 and earned his undergraduate degree from UNC Wilmington in December 2006.• Clemson has another top-40 RPI win opportunity on Wednesday. The Tigers already own wins over South Carolina (30) and Davidson (40) this season.• The Tigers received 12 points in the latest AP poll, coming in 29th overall. Clemson has not been ranked in the top 25 since the 2009-10 season.• Jaron Blossomgame posted his second straight double-double in the series with South Carolina; with 15 points against the Gamecocks, he now has 1,340 in his career, one shy of tying Larry Nance for 17th in school history. He needs 25 points to move into Clemson’s top 15 in career scoring.