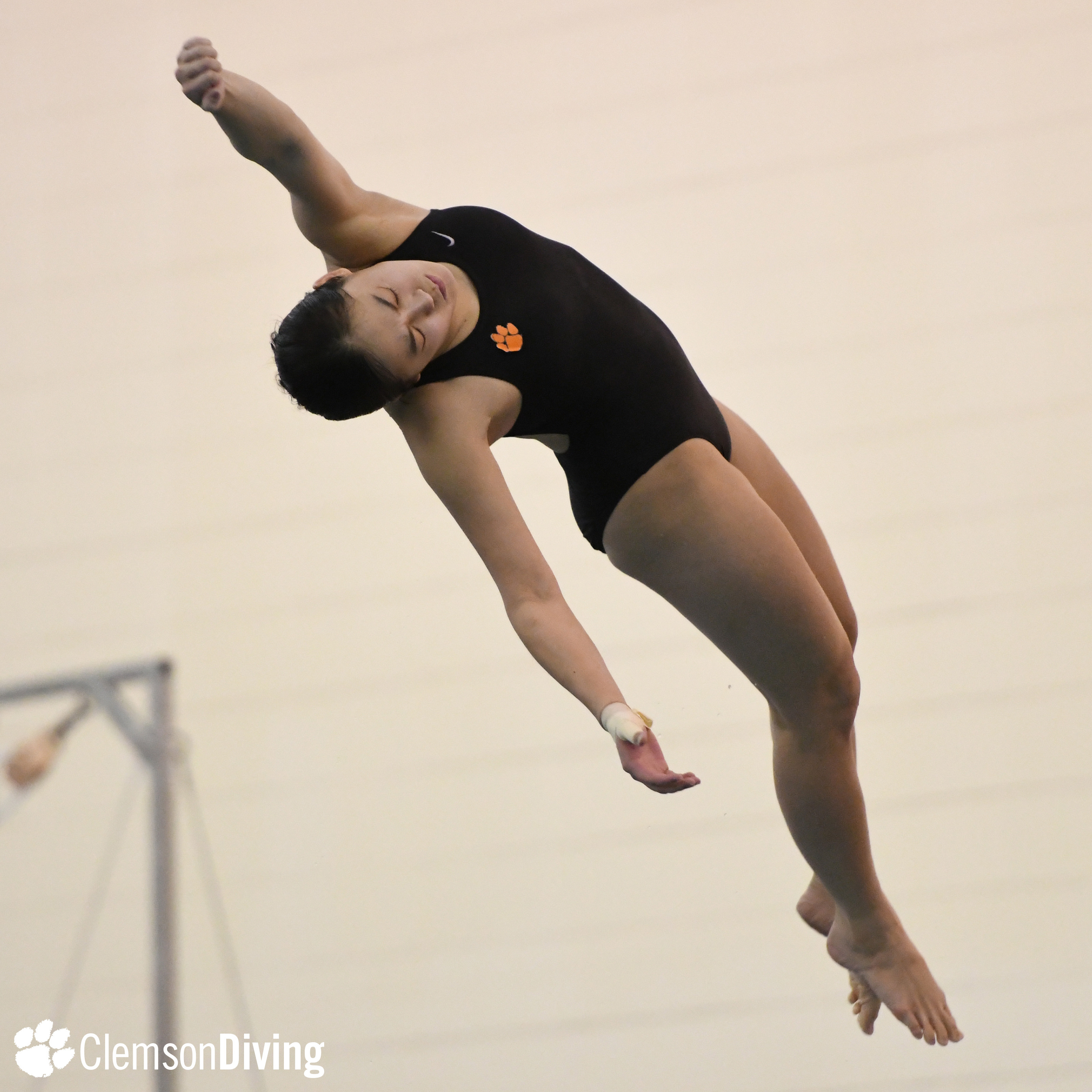 CLEMSON, S.C. – Freida Lim posted three NCAA Zone scores in four opportunities, and she and Caylin Hirapara qualified for finals in both the one- and three-meter as the Clemson diving team successfully wrapped up the regular season at the JMU Diving Invitational.

In Saturday’s three-meter competition, Sarah Blank (281.85) recorded a Zone score in the preliminaries and topped the three Tiger finals qualifiers. In the finals, it was Lim (307.55) who shone, as she took second and broke the Zone standard by over 27 points. Blank finished fourth in the three-meter finals, and Hirapara placed fifth.

Clemson took on the one-meter on Sunday, and Lim (268.30) and Hirapara qualified for finals yet again, this time accompanied by Hannah Phelan. Lim (278.55) claimed third, and Hirapara and Phelan finished sixth and seventh, respectively.

The Tigers begin postseason competition a week from Monday at the ACC Championships. The meet spans from Feb. 13-16 and takes place at the Georgia Tech Aquatics Center in Atlanta, Ga.