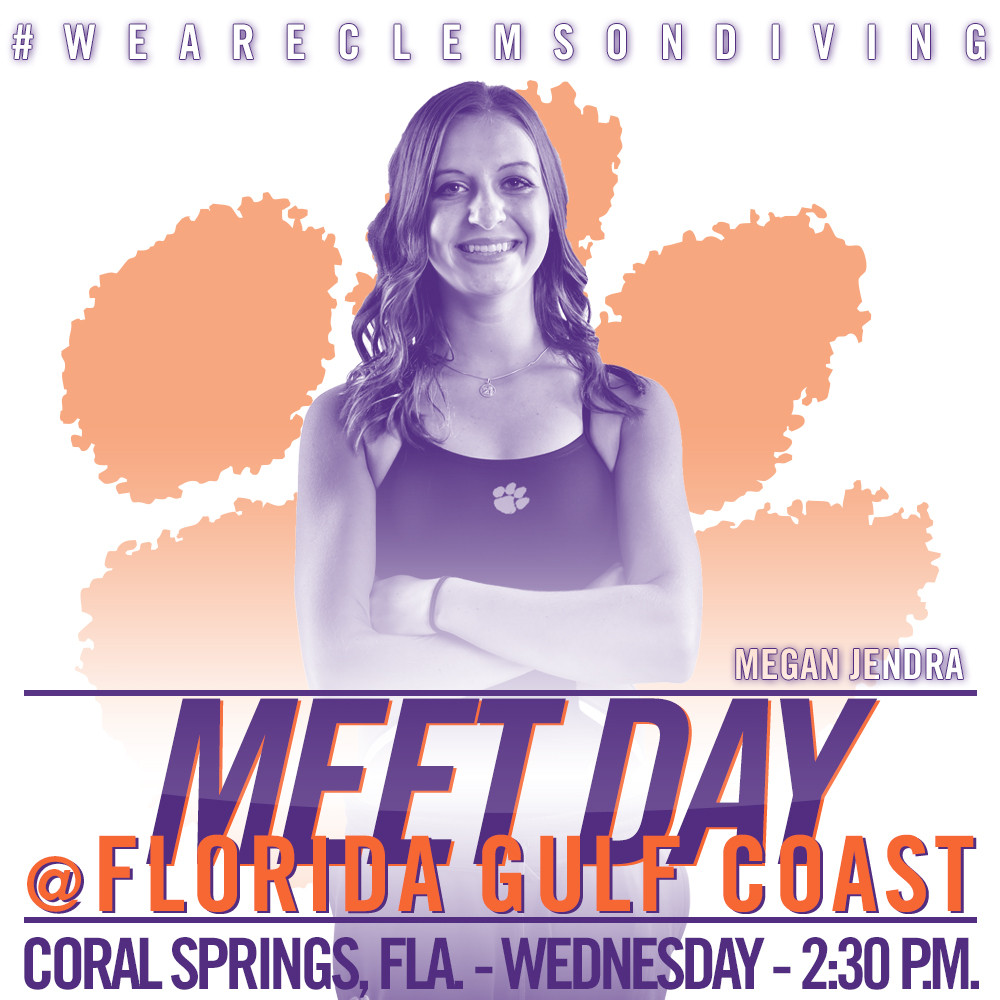 CLEMSON, S.C. – The Clemson diving team is set to wrap up their 2016 campaign with a meet against Florida Gulf Coast University on Wednesday at 2:30 p.m in Coral Springs, Fla. The competition is part of the team’s annual winter training week in Florida. While this will be the first ever dual meet between the two teams, the Tigers and Eagles have competed together at invitationals in the past, including the Georgia Tech Invitational in November.

The Tigers last competed at the Virginia Tech and Georgia Tech Invitationals from Nov. 17 to Nov. 19, and Freida Lim took first and set a new Clemson record score on the platform with a 301.40 at the meet in Blacksburg. Va. Lim also placed third in the three-meter, while Danielle Reitsma claimed fifth in the one-meter in Atlanta, Ga. Tigers posting Zone scores during the meets included Lim, Reitsma, Sarah Braun and Allison Brophy.

The Eagles are led by senior Ashely Wright, who has posted Zone qualifying scores in both the one- and three-meter this season and has earned the CCSA Diver of the Week after each of the four competitions she has participated in this season. Wright also owns five of FGCU’s top-10 all-time scores in the one-meter and four in the three-meter.