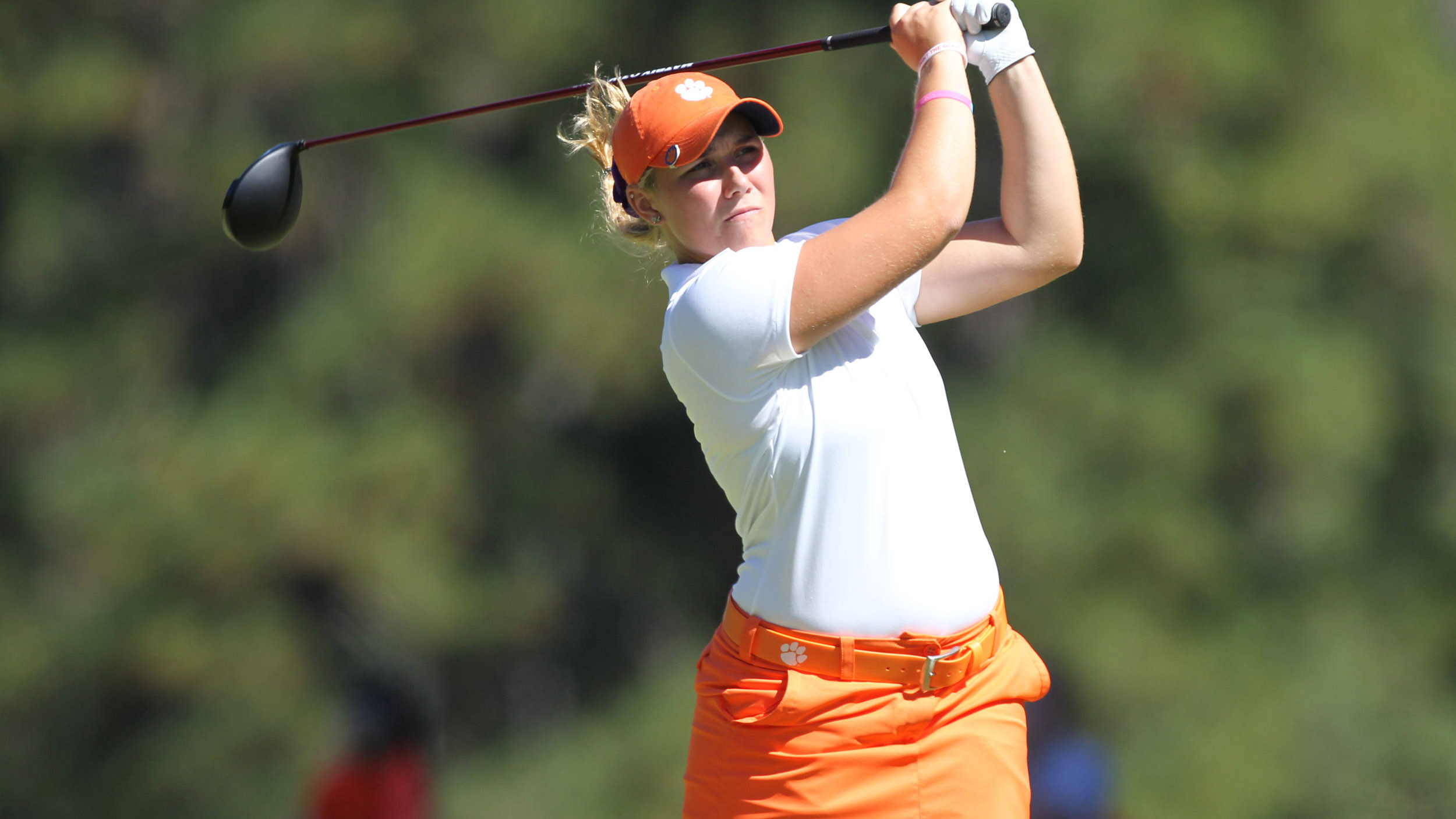 GREENSBORO, N.C. – J.T. Horton‘s young squad improved three strokes in the second day of competition at the ACC Tournament at Sedgefield Country Club. The Tigers finished with a team score of 304, 20-over par on the par-71 course.

Only five players shot par or better individually, including Clemson’s Sloan Shanahan who finished even par for the day. She improved eight shots from her first round to her second and her three birdies led the team. She enters the final round tied for 17th place.

Duke and Virginia remain in first and second place respectively. Duke shot a tournament best 285, following their opening round of 291. Four of their players are tied for seventh or better individually, including Celine Boutier who leads the field. Virginia shot a 299 and trails Duke by 14 strokes. North Carolina, Miami, and NC State round out the top five. Florida State is in sixth place, Notre Dame in seventh place, and Clemson and Maryland are tied for eighth. Wake Forest is in the 10th place and Boston College is in 11th place.

In tomorrow’s final round Clemson will play with Maryland and Notre Dame. The group will tee off between 8:50 and 9:30 a.m.

Live scoring can be followed on GolfStat.com. Live video will be shown on theACC.com from 12:30-3 p.m. for Saturday’s final round. Admission is free to the public for the entire tournament.