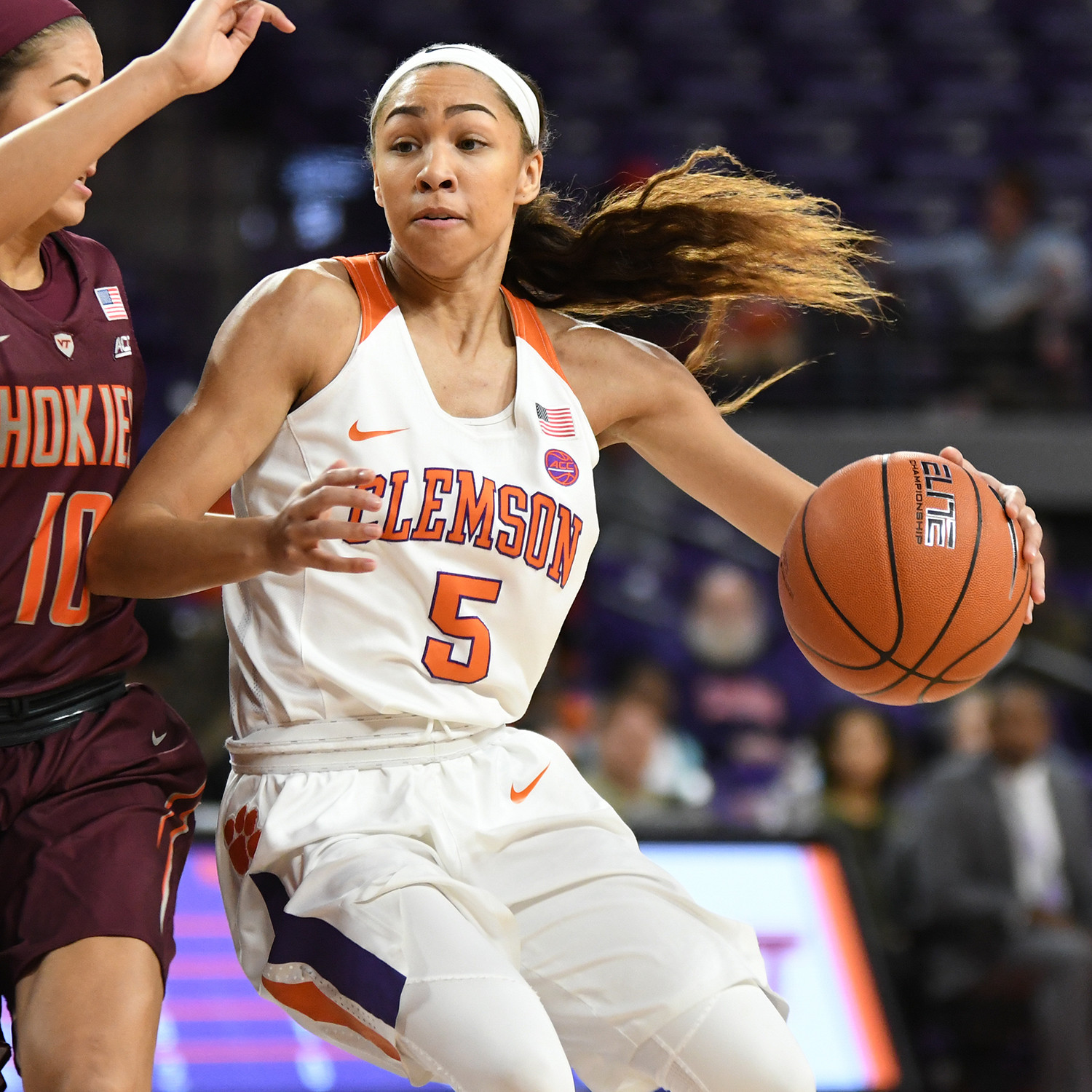 The Tigers came out with intensity on both offense and defense in the first half of play. The team shot 54.5% (12-for-22) in the first half, while holding the Wolfpack to just 28% (7-for-25). Sophomore Danielle Edwards, who scored the first seven points of the game for the Tigers, and freshman Jaia Alexander combined for 20 of Clemson’s 26 points through the first two periods, as the team trailed 28-26 at halftime.

Clemson tied the score multiple times in the second half, and took a 36-34 lead with 5:23 remaining in the third quarter on a layup by freshman Kobi Thornton. With 8:32 left in the final period, Edwards hit Thornton for an easy layup on an inbounds play that tied the game at 47-47, before the NC State offense began to pull away.

For the game, the Tigers outscored the Wolfpack 42-14 on points in the paint, thanks to 13 points by Thornton, eight by sophomore Aliyah Collier and four by junior Ivy Atkism, who combined to shoot 11-for-18 from the field. Free throws made a significant difference in the contest, as the Wolfpack was 27-for-34 from the line overall, including 7-for-8 in the fourth quarter, while the Tigers were just 3-for-7. Clemson also turned the ball over 17 times compared to NC State’s seven.

Edwards finished with a team-best 15 points on 7-for-15 shooting, along with four rebounds, three assists, one steal and one blocked shot. Clemson’s two leading freshmen, Alexander and Thornton, finished with 13 points apiece. In addition to her eight points, Collier grabbed an impressive 14 rebounds, while also tallying three assists, two steals and two blocked shots.

The Tigers face another ranked opponent on Thursday, Jan. 26 as they host No. 9/8 Louisville. Tipoff between Clemson and the Cardinals is set for 7 p.m. at Littlejohn Coliseum.