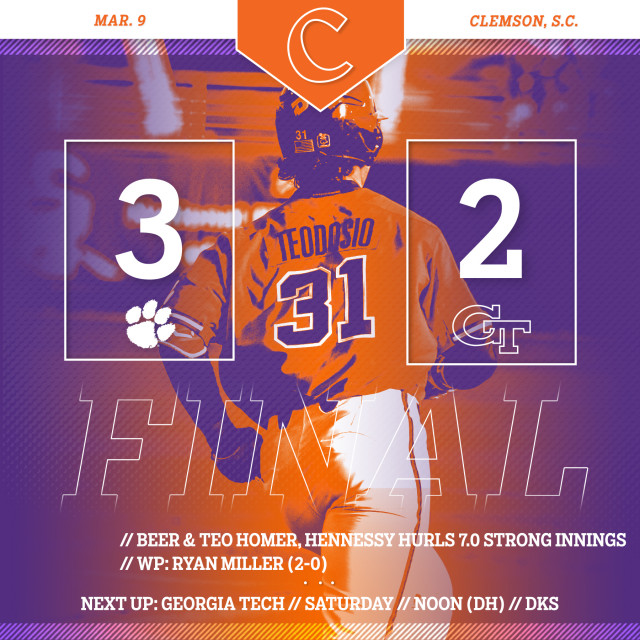 CLEMSON, S.C. – Patrick Cromwell’s run-scoring single in the eighth inning broke a 2-2 tie and lifted No. 6 Clemson to a 3-2 victory over Georgia Tech at Doug Kingsmore Stadium on Friday afternoon. The Tigers, who took a 1-0 lead in the series, improved to 13-1 overall and 1-0 in the ACC. The Yellow Jackets dropped to 9-4 overall and 0-1 in ACC play.

The Tigers jumped out to a 2-0 lead on solo homers by Seth Beer, his fourth of the year, in the first inning and Bryce Teodosio, his second of the season, in the third inning. Kel Johnson’s RBI groundout in the fourth inning cut Clemson’s lead in half, then Chase Murray lined a run-scoring single in the top of the eighth inning to tie the score 2-2. In the bottom of the eighth inning, Logan Davidson singled and went to third base on Beer’s single before Cromwell grounded a run-scoring single up the middle to give Clemson the lead.