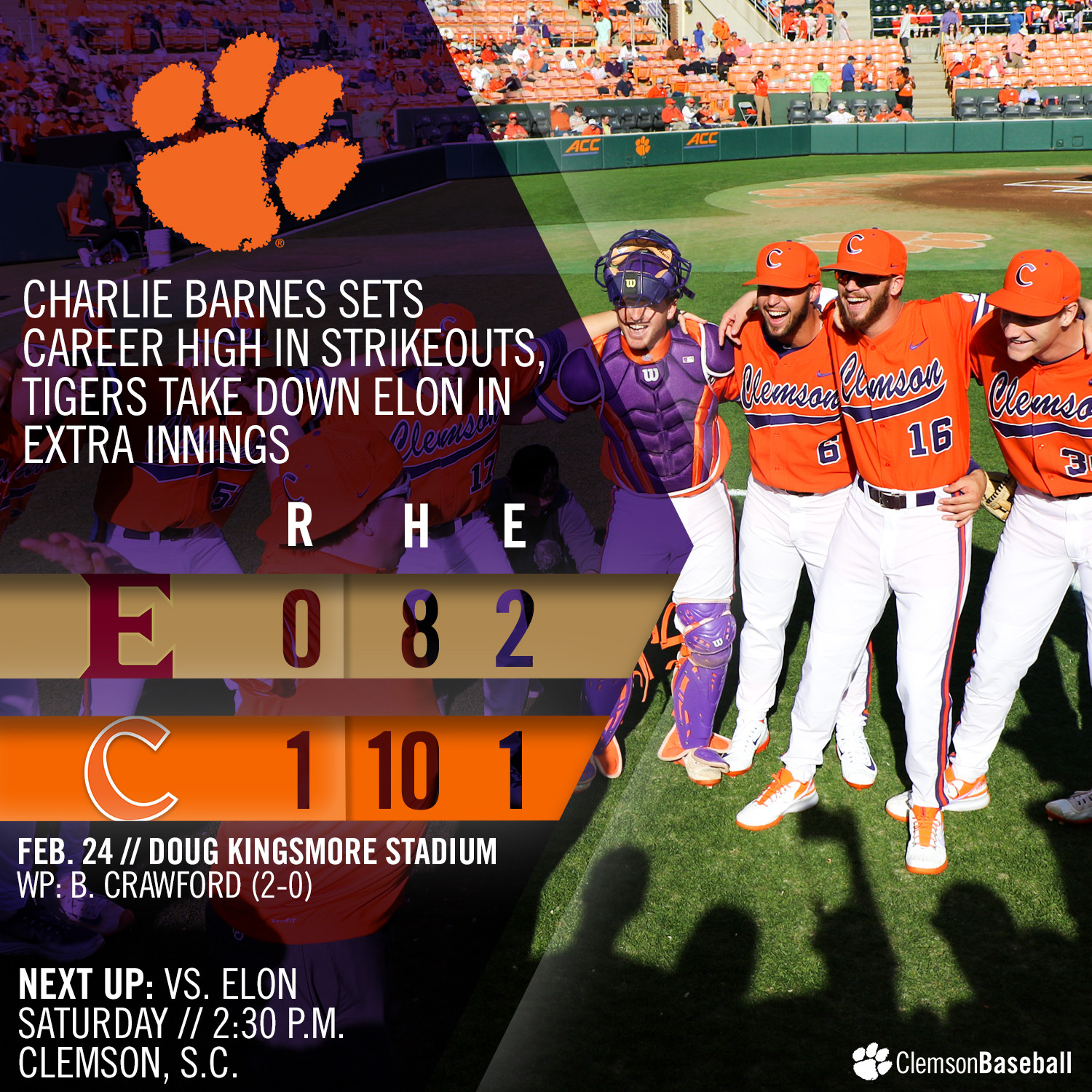 CLEMSON, S.C. – Seth Beer’s two-out single in the 13th inning scored Robert Jolly to lift No. 12 Clemson to a 1-0 victory over Elon at Doug Kingsmore Stadium on Friday afternoon. The Tigers, who took a 1-0 lead in the series, improved to 3-2, while the Phoenix fell to 3-2.

The story of the game was the dominant performance from three Tiger pitchers. Charlie Barnes, Ryley Gilliam and Brooks Crawford combined for a school-record 23 strikeouts against no walks, breaking the previous record of 21 strikeouts against Furman on April 30, 1923 and South Carolina on April 4, 1952.

After 11 consecutive Phoenix batters were retired, Elon put runners at second and third with one out in the 12th inning. But Gilliam struck out two batters to end the threat. Then in the top of the 13th inning, the Phoenix stranded another runner in scoring position.

Grayson Byrd led off the bottom of the 13th inning with a single and moved to second on a sacrifice bunt. After a single by Jolly and walk by K.J. Bryant, Elon forced Byrd at home for the second out. But Beer belted a sharp grounder up the middle through the shift to score Jolly for the walkoff run. With the hit, Beer extended his on-base streak to 65 games.

The series continues Saturday at 2:30 p.m., on ACC Network Extra. Saturday is Scout Day, as all local scouts are invited to join us at the ballpark (special ticket packages are available).

Baseball
GAMEDAY – Clemson at Virginia – Scheduled To Resume On Saturday At 11 a.m.