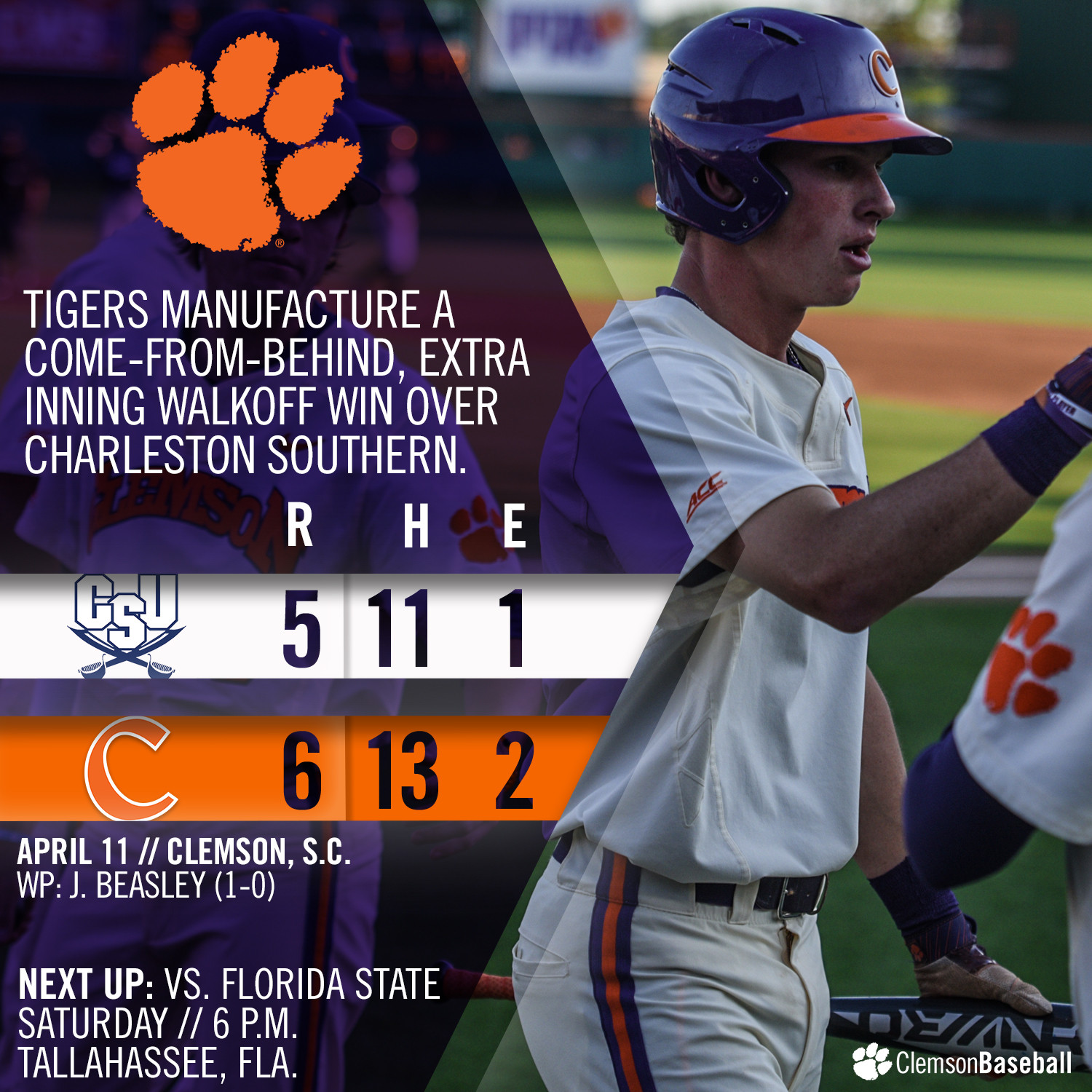 CLEMSON, S.C. – Andrew Cox’s single with one out in the 11th inning scored Reed Rohlman in No. 4 Clemson’s 6-5 walkoff win over Charleston Southern at Doug Kingsmore Stadium on Tuesday night. The Tigers, who won their sixth game in a row, improved to 29-5, while the Buccaneers dropped to 16-15.

With the score tied 1-1, the Buccaneers hit five straight singles to lead off the fourth inning and scored four runs, two of which came on Cole German’s two-run single. In the sixth inning, Logan Davidson belted a three-run homer, his sixth long ball of the season, to narrow Charleston Southern’s lead to 5-4. Chris Williams lofted a sacrifice fly in the ninth inning to tie the score. In the 11th inning, the Tigers loaded the bases with one out before Cox ripped a 3-1 pitch down the right-field line for his first career walkoff hit to score Rohlman, who extended his hitting streak to 11 games by going 3-for-4 with two runs and two hit-by-pitches.

Jeremy Beasley (1-0) earned his first win as a Tiger by retiring the only batter he faced in the 11th inning. Five Tiger relievers combined to allow just four hits, no runs and one walk with seven strikeouts in 7.2 innings pitched. Will Hartsell (1-4) suffered the loss.

The Tigers travel to Tallahassee, Fla., to take on No. 25 Florida State in a three-game series starting Saturday at 6 p.m., on ACC Network Extra.