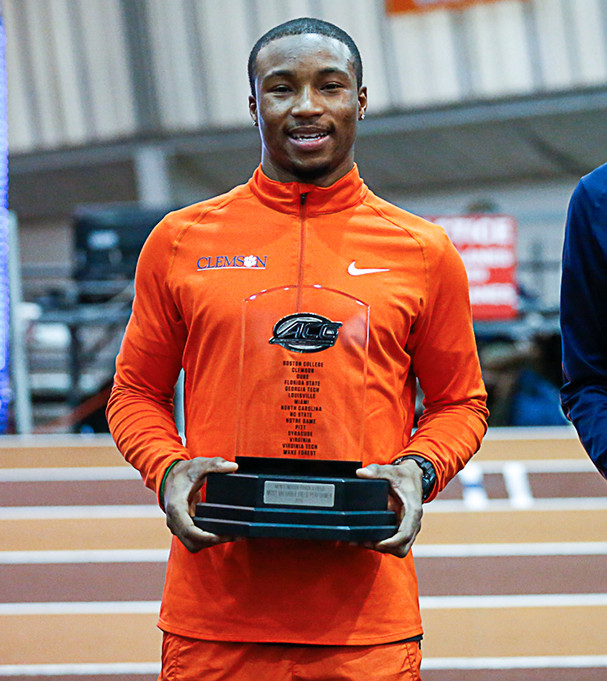 Hester will compete in the 60 and 200 — events in which he set personal bests last weekend at the ACC Indoor Championships. He won the 200 dash, his first ACC title, and was runner-up in a photo finish in the 60. Hester enters the national championship as a two-time indoor All-American in the 60.

Clemson’s four individual bids on the women’s side came from Myasia Jacobs (60), Samantha Elliott (60 hurdles), Natoya Goule (800) and Iana Amsterdam (triple jump). Goule is the national leader heading into the indoor championship, with an ACC-record time 2:02.78 at the Armory Invitational in February. Elliott and Amsterdam are coming off ACC championship wins in their respective events.

The women’s 4×400 relay owns the NCAA’s sixth-best time, with a season-best 3:32.87 in a gold medal performance at the ACC Championships on Saturday.