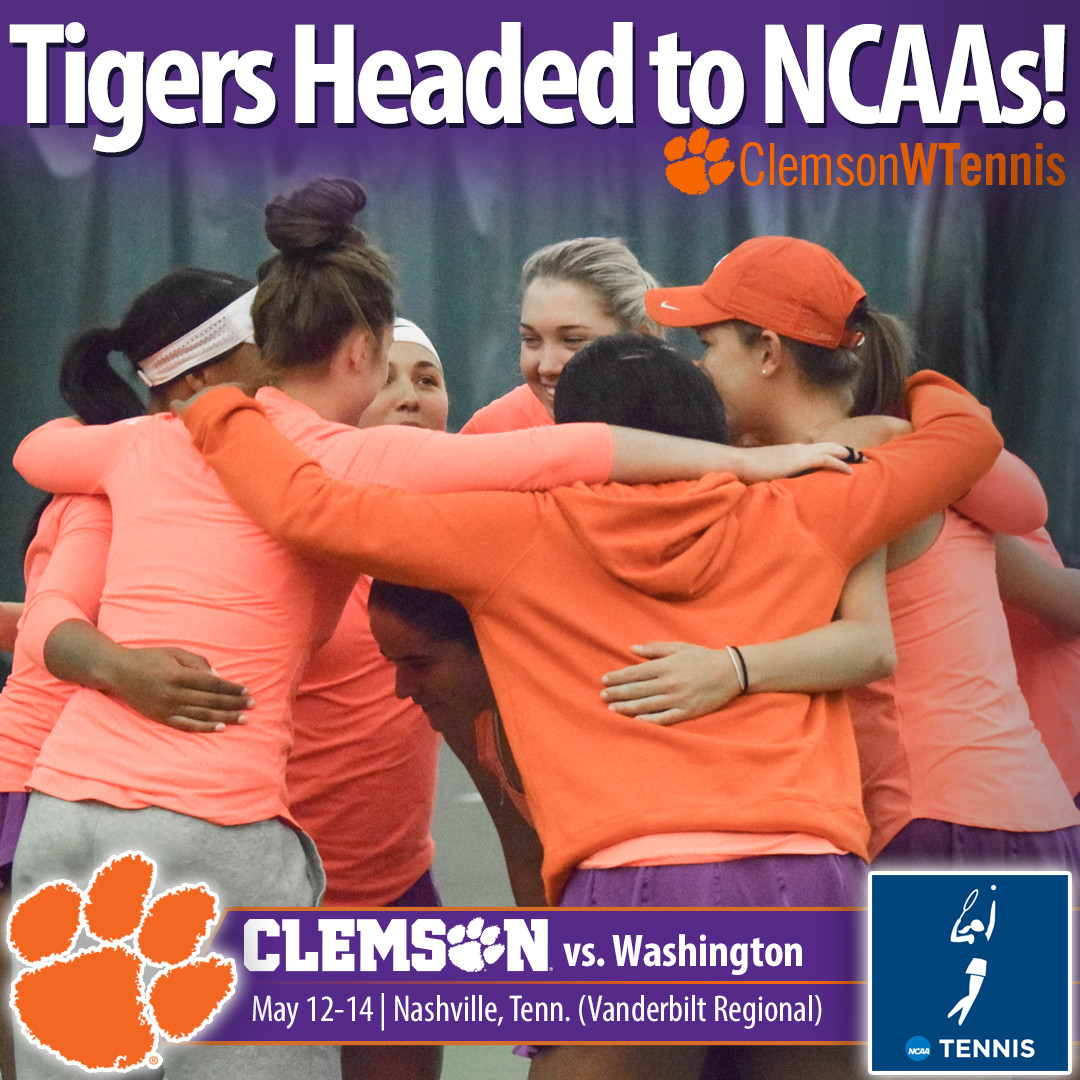 CLEMSON, S.C. – The Clemson women’s tennis team has received a bid for the 2017 NCAA Championships, for the 16th consecutive year and the 18th time in 20 years under Head Coach Nancy Harris. The Tigers face the University of Washington in the first round of the 2017 NCAA Championships at the Nashville Regional hosted by Vanderbilt on May 12-14. Specific match dates and times will be announced later this week.

Joining Clemson in the region are Washington (17-9), undefeated Ohio Valley Conference Champion SIU Edwardsville (21-0) and regional-host and No. 4 National Seed Vanderbilt (20-5). The Tigers face the Huskies in the first round, and the winner advances to play the winner of Vanderbilt and SIU-Edwardsville in the second round.

Clemson is 13-12 overall and finished the ACC regular season at 7-7. Last weekend, the Tigers advanced to the quarterfinals of the 2017 ACC Championships before falling to 12th-ranked Duke. Two Clemson players, Marie-Alexandre Leduc and Ayan Broomfield, were named to the All-ACC Second Team last week. Leduc and Broomfield are two of five sophomores on the 2017 roster, which also features two freshmen and one junior.

The NCAA tournament bid is the 16th in a row for the Clemson women’s tennis program and the 25th in program history, as well as the 18th in 20 seasons under Harris. In the last 13 seasons, Clemson has reached the Round of 16 or further 10 times, including the program’s two best finishes of all time, Final Four appearances in 2004 and 2005.