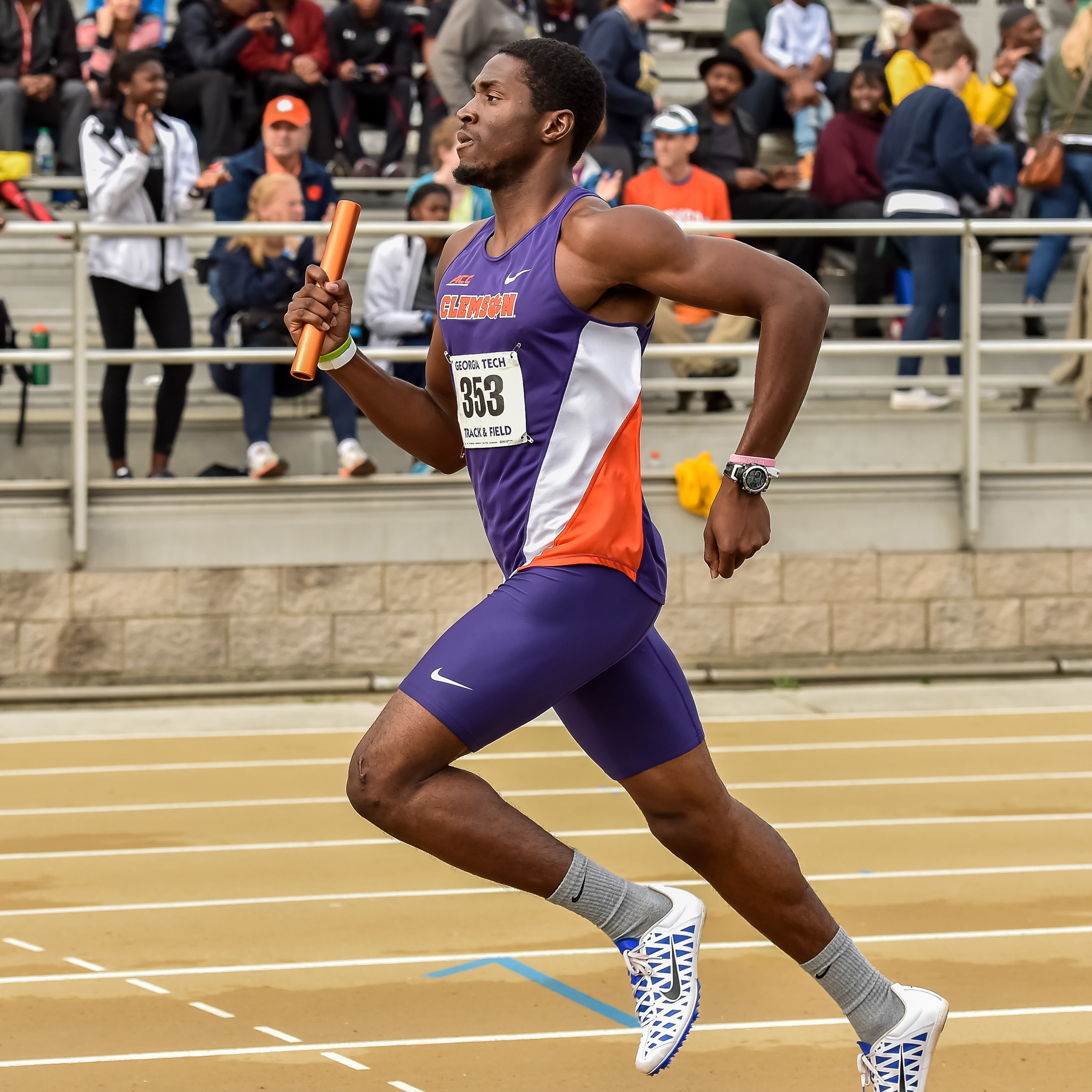 CLEMSON, S.C. — The men’s and women’s track & field program claimed wins in four different events Friday and Saturday at the Spec Towns Invitational, held on the University of Georgia campus. In addition, the Tigers saw several season-best performances in a solid two days of action in Athens.

Clemson won the 400 hurdles in both genders, with season bests on both sides. Deron Gordon won the men’s event with a time of 52.17, while Lakeisha Warner outlasted teammate Markeeta Thomas to post a 58.83 in the women’s race. The Tigers also claimed wins in the women’s 400 (Olivia James).

Ersula Farrow and Sabria Hadley were the top collegiate performers in their respective events, the women’s 800 and 100. Farrow ran a season-best 2:04.83, while Hadley posted the top time this season by any Tiger at 11.36. Both finished second overall.

Jeffrey Green produced a season best in the men’s 400, with a time of 46.04. Green later anchored the 4×400 relay to a runner-up finish in 3:09.62. Green and Rebekah Smith (200 meters) produced second-place individual finishes on the track side.

Dylan Ahrens continued a strong season in the field, taking second place in the men’s javelin after a top throw of 203-11.

In Friday action, Ebony Williams ran to a personal best 13.46 to claim a win in the 100-meter hurdles. It was the top time in the event this season by any Clemson sprinter.