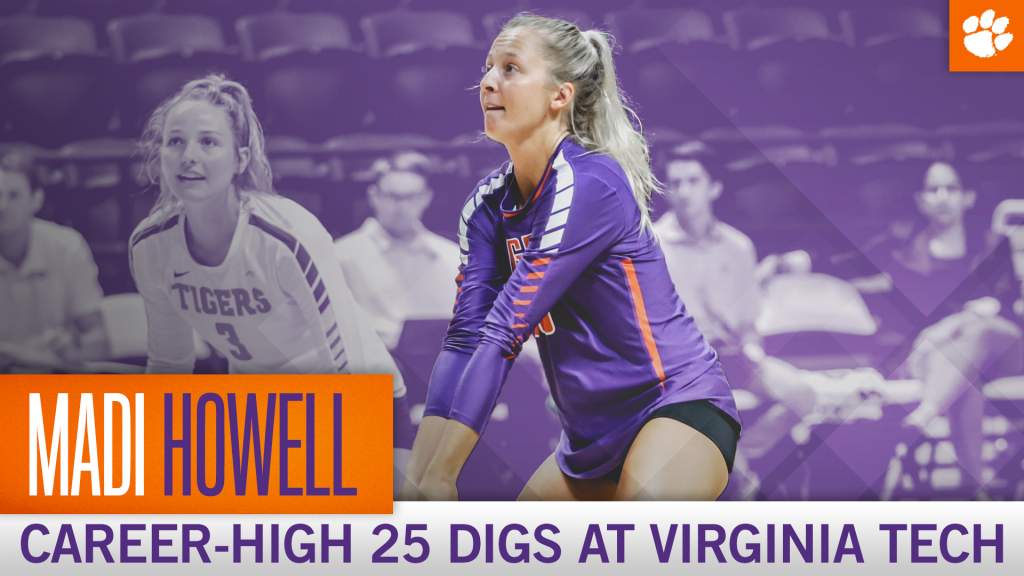 Both teams were nearly even midway through the first as Virginia Tech led, 13-12, before the Hokies outscored Clemson, 12-6, to close out the set. In the first, Virginia Tech out-matched the Tigers in serve-receive, siding out on 61 percent of Clemson serves, while the Tigers scored on 44 percent of Hokie serves. Clark registered four of her 11 kills in the first, while Howell dug 10 Hokie attacks.

After zero Clemson service aces in the first game, the Tigers put down four in game No. 2, including a pair of aces from Alyssa Deloney, who finished the match with three. Clemson grasped an early 10-2 lead, which proved to be too much for VT to overcome as the Tigers took the set, 25-21. In addition to five Clark kills in the second, Ashtynne Alberts came alive offensively for the Tigers as she posted four of her season-high 12 kills in set two.

By the third set, Clemson flipped the script in serve-receive as the Tigers scored on 59 percent of their own serves, which helped Kaylin Korte tally five of her match-high 13 kills while hitting .444 for the set. Once again, the Tigers jumped out to an early lead – this time 11-4 – and did not look back. Clemson closed out the set with three straight kills to win it, 25-18.

In fourth and final set, it was all Clemson as the Tigers dominated the serve game. Maddie Wilmot helped initiate a 9-0 run as the freshman defensive specialist was behind the end line for eight straight Tiger points, including a pair of aces. Korte chipped in four kills in the fourth, while Clark posted a booming three block solos in Clemson’s largest margin of victory in a single set this season (25-10). 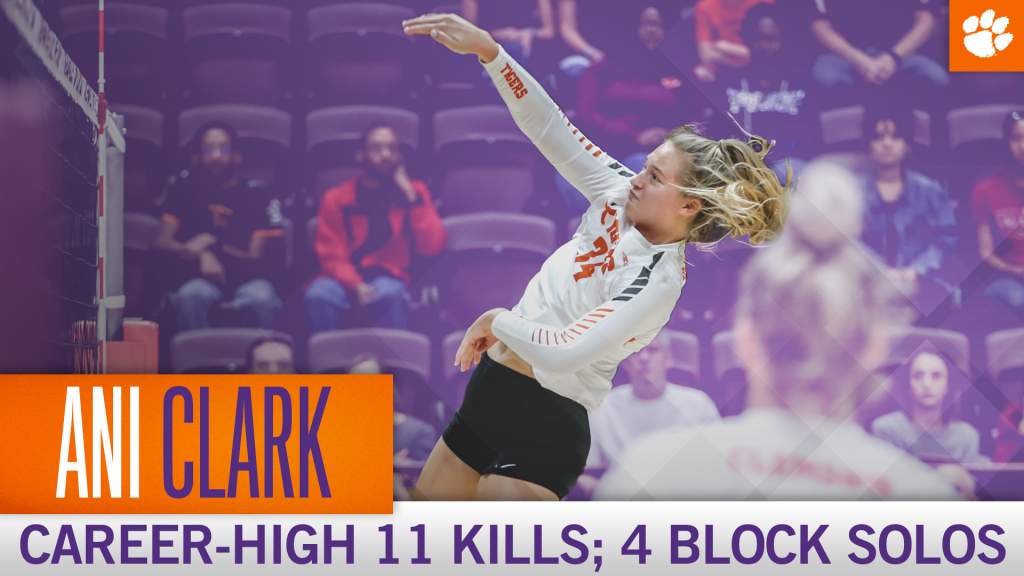