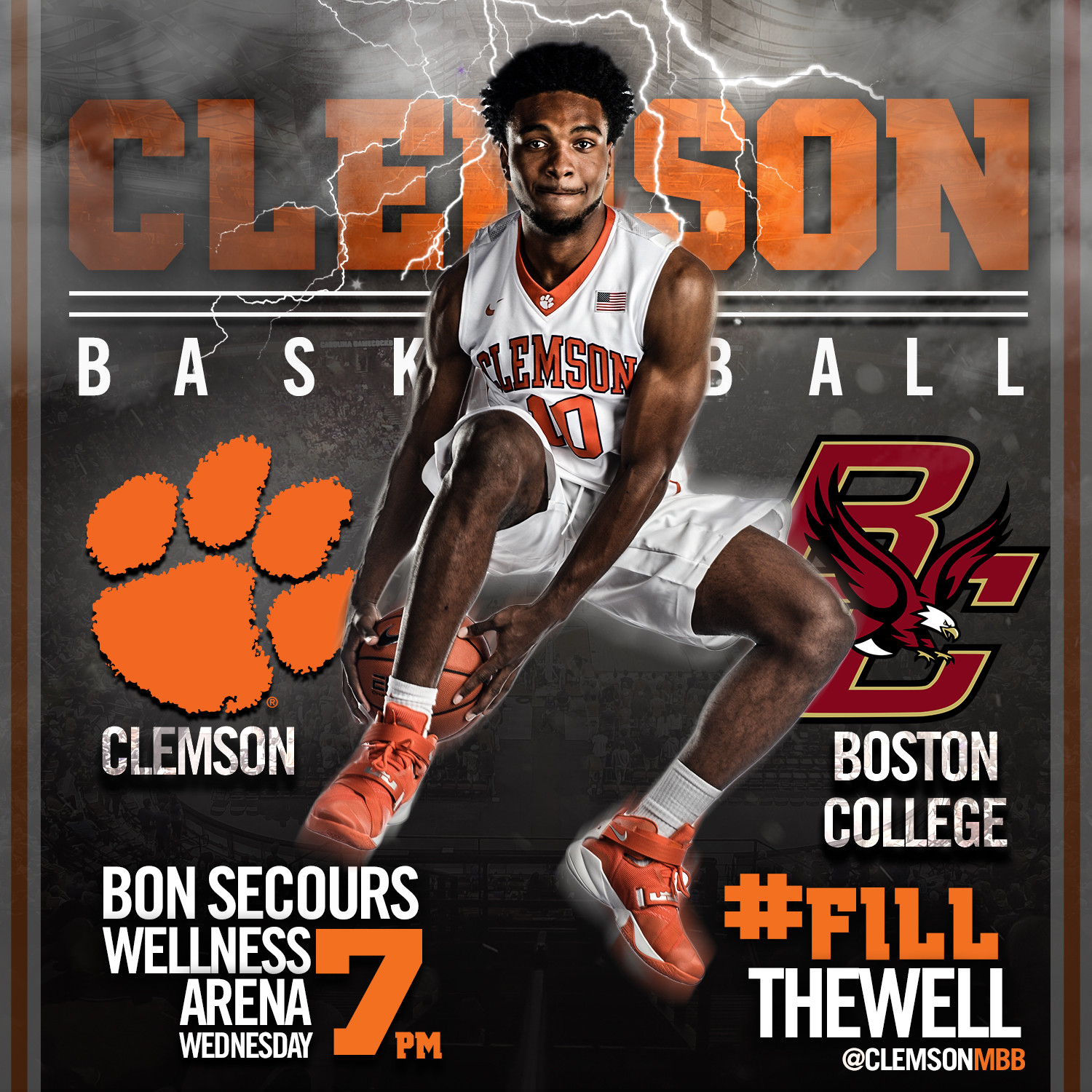 • Clemson can match its win total from the 2014-15 season with a victory over the Eagles on Wednesday, the first of two matchups between the two teams over the final five games of the regular season.

• Clemson is 6-1 at home all time in the series with Boston College.

• The Tigers returned to the win column on February 13 and snapped a two-game skid with a 66-52 triumph over Georgia Tech, the 11th straight win at home in the series with the Yellow Jackets.

• Clemson is guaranteed of more ACC wins than non-conference wins this regular season, something that has not been achieved by a Tiger team since 1966-67. The Tigers claimed their eighth win last time out, the fifth time in the last six seasons Clemson has recorded at least eight in ACC play.

• The Tigers are first as a team in the ACC in blocks per game (5.4), just ahead of Louisville (5.2). Clemson led the league in the statistic two seasons ago.

• As a team, Clemson has made 185 three-point goals through 25 games. Last season in 31 games, the Tigers made just 171. Clemson also needs just eight assists to surpass its total from the 2014-15 season.

• Jaron Blossomgame reached 1,000 career points in the win over Georgia Tech. He will be presented a commemorative ball prior to Wednesday’s game.

• Avry Holmes posted a career-high six steals in the win over Georgia Tech. It was a high for any Clemson player under Brad Brownell (188 games), and one of only 15 times a Tiger player has had at least six steals in an ACC game.