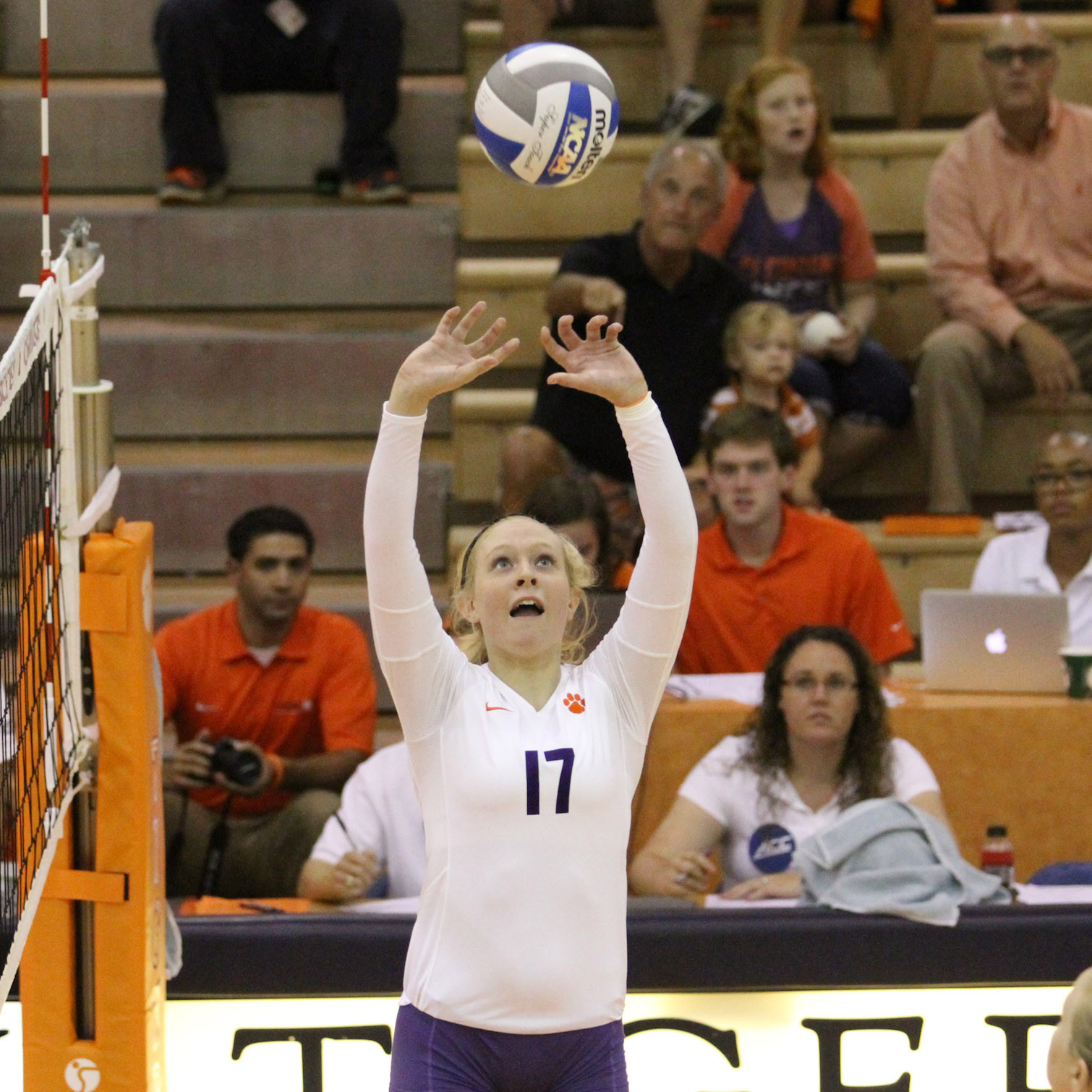 Freshman setter Kate Federico tallied 29 assists in the match and is now up to 759 for the season, which moves her into fourth place in Clemson record books in terms of assists in a single season by a Clemson freshman.

The Tigers had 12 blocks as a team, led by senior middles Beta Dumancic and Karis Watson with seven and five, respectively. Senior Kristin Faust knocked down 13 kills to lead Clemson’s offense while sophomore Leah Perri added nine. Faust also led the defense with 15 digs, while sophomore Irem Bayramoglu and senior libero NIki Collier each put up 13.

Clemson was competitive with Duke all match, keeping each set close until the end. The first set was all about defense at the net; Clemson put down eight blocks as a team, led by Watson and Dumancic who each had four apiece. The Blue Devils took a timeout late in the first, after an 8-2 Tiger run, but a 17-14 lead turned into a 17-18 Clemson deficit and Duke took the first set 25-20.

The second set was similar; the Tigers found themselves up 17-14 due to a few unforced errors by Duke. However, an 8-1 run by the Blue Devils put Clemson down 18-20, and the Tigers dropped the second set 25-21.

The defense struggled in the third set, but the Tigers leaned on the offense from Faust, who led all hitters with six kills in the set. Perri put down four swings for the Tigers. The offense allowed Clemson to notch a 20-20 tie late in the third, before the Blue Devils broke away to take the set 25-22, and the match 3-0.

The Tigers will make the trip from Durham, N.C. to Blacksburg, Va. for a 1 p.m. tilt against Virginia Tech on Sunday, Oct. 26 at Cassell Coliseum.