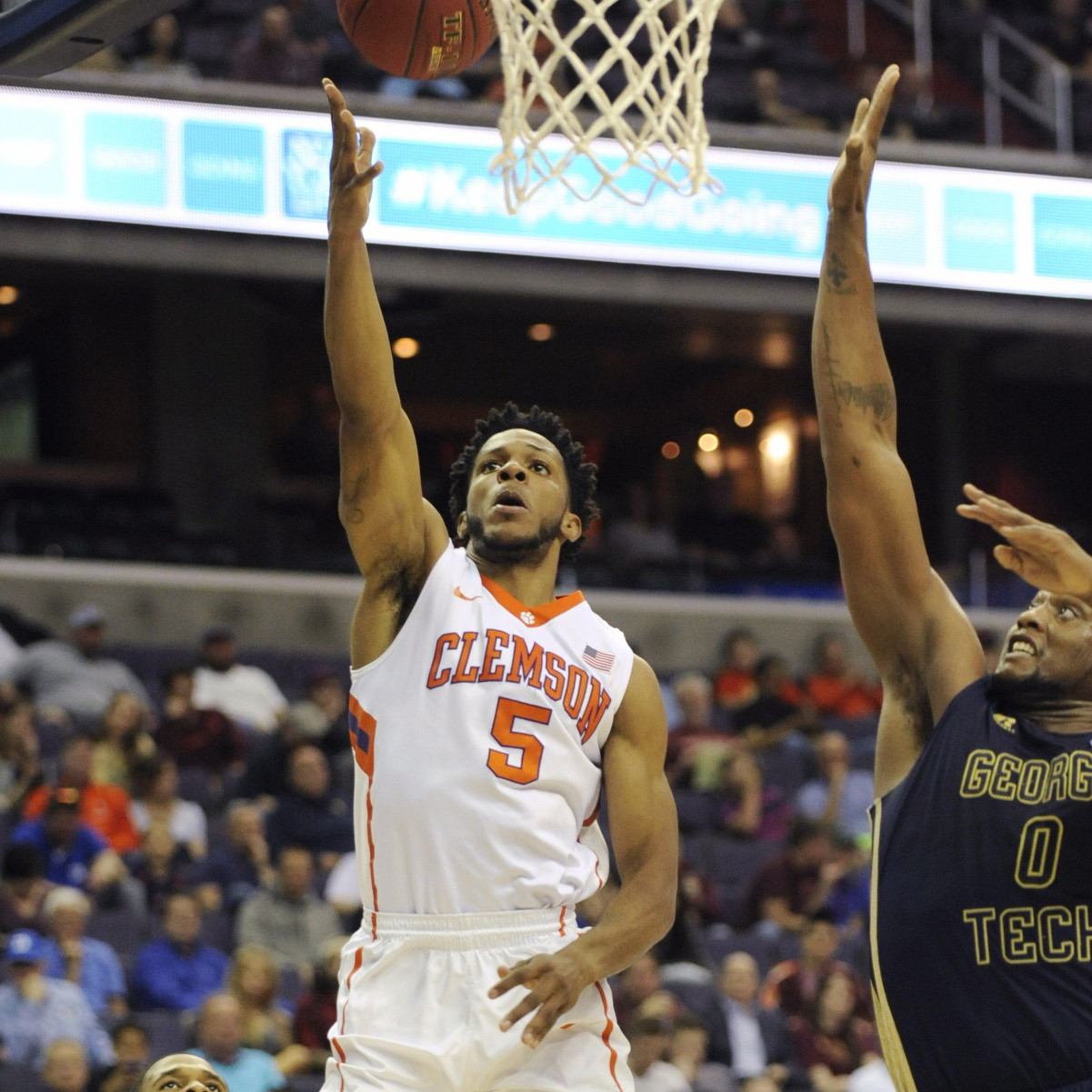 WASHINGTON, D.C. — Clemson saw an 18-point lead in the second half slip away and ultimately fell in overtime to Georgia Tech on Wednesday in the ACC Tournament. The loss dropped the Tigers to 17-14 on the season. The Yellow Jackets improved to 19-13 overall and move on to face No. 2 seed Virginia.

Jaron Blossomgame scored 22 to lead Clemson’s balanced offensive effort. Avry Holmes posted 19, his high against an ACC team. Sidy Djitte came off the bench to contribute 13 points, while Jordan Roper chipped in 10. The Tigers shot better overall (46 percent) and from three (34.5 percent) than Tech, but the Yellow Jackets got back in the game with tremendous foul shooting from All-ACC guard Marcus Georges-Hunt (15-16 free throws). He finished with a game-high 28, while Adam Smith added 23 for Brian Gregory’s club.

The Tigers fell behind early but battled back to take a 14-13 lead seven minutes in. But Tech responded with a 6-0 run that included Smith’s third tightly contested jumper in the opening minutes. Clemson erased the deficit with its bench three-point production, courtesy of buckets by Ty Hudson and Gabe DeVoe.

Clemson’s cushion stretched to nine points at halftime, 40-31, when Donte Grantham rolled around a jumper after a nifty crossover dribble.

The fun continued early in the second half for the Tigers, who pushed their lead to 13 on a three-pointer in the corner by DeVoe. His long ball culminated a quick 5-0 run after the Yellow Jackets had cut into Clemson’s lead, making it 57-44. Holmes and Hudson followed suit inside the 10-minute mark to give the Tigers a big edge at 65-47. But that is when the tide changed dramatically for both teams.

Tech began its comeback by cutting the deficit to eight at 69-61, but Blossomgame stepped up out of a timeout. He drove the right side of the lane and finished for the three-point play, extended the margin back to double figures. In another key moment, Tech lost the ball but regained possession and found Adam Smith for a wing three. Georges-Hunt drove the ensuing trip and pulled his team within six at 74-68.

The senior showed poise down the stretch for Georgia Tech, making all but one of his free throw attempts. Clemson was clinging to a one-point lead when Blossomgame converted one of two with 19 seconds to go, but Georges-Hunt sent it to overtime after Djitte put him on the line with 13 ticks left. The Tigers were whistled for fouls on four straight possessions inside the final 80 seconds of regulation.

Rebounding proved to be a backbreaker late in the game. Clemson fell victim to 19 offensive rebounds by the bigger Yellow Jackets, which turned into 21 points for Georgia Tech.